World War III is on its way, says poll of Western countries 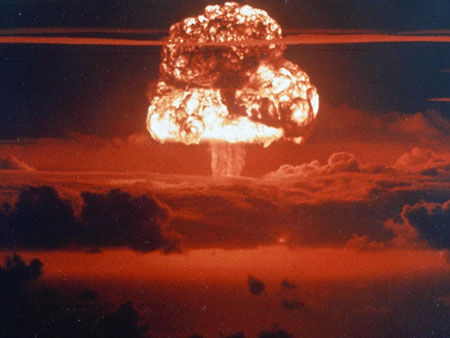 More than 2,000 nuclear tests have been carried out across the world

World War Three is just around the corner and the planet is teetering on the brink of all-out conflict – according to people in major Western nations, at least.

A new poll shows the public is somewhat gloomy about the future, fearing a “worldwide conflict” is looming.

With superpowers backing different sides in the bloody conflict in Syria, ISIS continuing to fight in the Middle East, a spate of terrorist attacks across the globe and Vladimir Putin and Donald Trump both talking a tough game, the YouGov survey of 9,000 people across nine countries found popular opinion thinks world peace has rarely been further away.

People in the US were most likely to predict a world war, while French, German and British people were also pessimistic.

Some 64% of Americans think the world is close to a major war, compared to just 15% who think world peace is likely.

Britons are only slightly more hopeful: 19% believe peace is possible but 61% say war is a distinct possibility.

In contrast, people in Nordic countries including Sweden, Finland and Norway were much less inclined to believe the world is on the brink of war. Denmark had the population most cheerful about the prospects of peace: 39% of Danes predicted world peace compared to 45% forecasting the opposite. 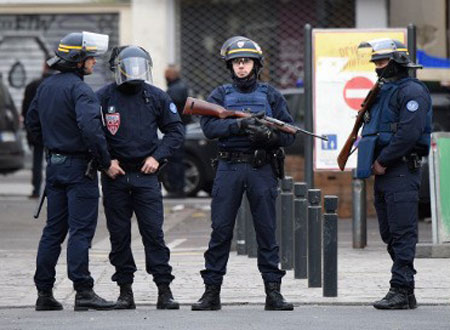 Police on the streets of Paris

Anthony Wells, YouGov’s director of political and social research, said: “Fear seems the highest in the US and France, but for different reasons. American fears perhaps reflect some people’s uncertainly about the impending Trump Presidency. For France, I suspect fears are linked more to the threat of terrorism – the French public were the least likely to see Russia as a hostile threat to the EU, but by far the most likely to think that there would be another major terrorist attack on their country in the year ahead .”

The same survey revealed people in Europe and America tended to see Russia as a major military threat, with British people the most fearful of Moscow even though other countries polled, such as Finland and Germany, are much closer geographically to the former Soviet Union.

Some 71% of Britons feel threatened by Russia, compared to 59% of Americans – the lowest of all the countries polled.

In every nation except Finland, those surveyed thought a terrorist attack in their country was more likely than unlikely in the next year.

French people were most concerned about terrorism, with 81% believing an attack would happen compared to just 11% predicting there would be none.

An attack was also predicted by a large majority of people in Britain, Germany and the US. In Finland, however, only 26% of people forecast a terrorist strike with 63% saying such an event was unlikely.