Would you try this new vegetarian burger that «bleeds?» Even if it’s made from GMOs? 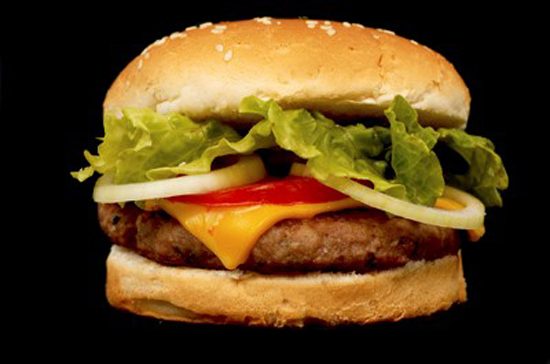 As plant-based diets continue to grow in popularity, it comes as no surprise that innovative new cruelty-free products are hitting the marketplace. But a newcomer from Impossible Foods, known as the “Impossible Burger” hopes to make serious waves in the meat-free industry. The Impossible Burger is said to be nearly identical to the real thing, but without the hefty environmental price tag or the ethical concerns of farming and consuming livestock. But would you really want to eat it?

Some may find that the Impossible Burger’s striking similarity to real beef is rather disconcerting, but Pat Brown, the mind behind the product, believes it could pave the way for a meatless future.

For 25 years, Pat Brown was a professor at Stanford University and a star in the biomedical field. Brown has studied genetics and genomics and cancer, but had never before ventured into the food industry. Until one day, he says, he became inspired to do something about what he believes is doing serious harm to the planet: livestock farming. Brown says he believes current factory farming methods are unsustainable and set out to make waves by creating an almost-indistinguishable alternative.

“You’re not going to get people to change their diets. You know, stop eating meat, fish and dairy – ain’t gonna happen,” Brown says. Veggie burgers have been around for a long time, and most people haven’t exactly made the switch. So Brown knew what he had to do: deconstruct beef down to a molecular level, and figure out what gave it that unmistakable flavor. In the end, Brown and his team found that heme, a compound in cows’ blood, was what they needed to replicate. 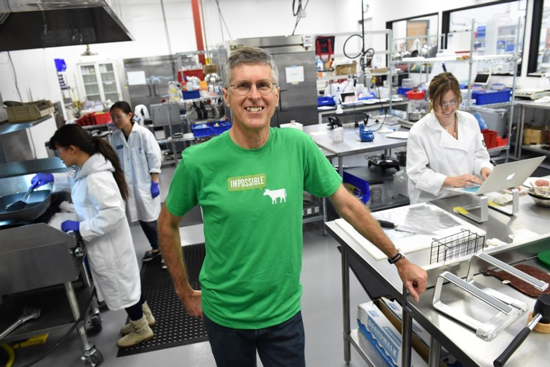 Heme can also be found in human blood, in our hemoglobin – and it can also be found in plants, such the roots of the soybean plant. “Heme is responsible for the bloody flavor of raw meat, and you generate this explosion of flavor and raw meat when you cook it,” Brown explains. Duplicating heme became essential to their quest for creating “meat” without cows.

To create heme from plants, Brown and his research team isolated the protein that produces heme in soybeans. They then put that protein in yeast and fermented it in a large tank – a process that Brown himself likens to crafting beer. But are the ingredients really all that great for you?

According to the company’s web page, the Impossible Burger is free of antibiotics, hormones and artificial ingredients. And on their FAQ page, one can find the full list of ingredients, which is as follows:
“Full Ingredient List:
Water, Textured Wheat Protein, Coconut Oil, Potato Protein, Natural Flavors, 2% or less of: Leghemoglobin (soy), Yeast Extract, Salt, Soy Protein Isolate, Konjac Gum, Xanthan Gum, Thiamin (Vitamin B1), Zinc, Niacin, Vitamin B6, Riboflavin (Vitamin B2), Vitamin B12.”

Soy is also a controversial ingredient, given that it’s one of the top GMO crops grown in the US. Approximately 93 percent of all soy crops are genetically modified. The Impossible Foods website does not appear to disclose whether or not their Impossible Burger is GMO-free or not.

Then there’s also the fact that the makers of the Impossible Burger have been funded by Bill Gates, and that alone could be reason enough to shy away from the meatless meat that bleeds. Bill Gates and the Gates Foundation are known for promoting eugenics, so anything he wants people to eat may be best left alone.

11 Signs Your Soul Has Reincarnated Many Times