‘You Think Our Country Is So Innocent?’ Trump Asks After O’Reilly Calls Putin ‘A Killer’ 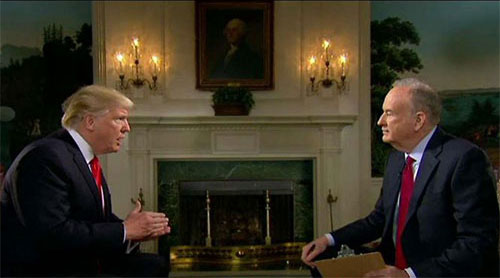 The US is not as innocent as it may seem, according to President Donald Trump. When Fox News host Bill O’Reilly called Vladimir Putin “a killer” Trump responded: “We’ve got a lot of killers.”

In an interview aired ahead of the Super Bowl, Bill O’Reilly asked if Trump respects Russian President Vladimir Putin, to which the he replied: “I do respect him. Well, I respect a lot of people, but that doesn’t mean I’ll get along with them.”

Seemingly surprised, O’Reilly goes on to ask him why.
“He is the leader of his country. I say it’s better to get along with Russia than not, and if Russia helps us in the fight against ISIS – which is a major fight – and the Islamic terrorism all over the world, that’s a good thing”, Trump answered at the time. “Will I get along with him? I have no idea.”

It is not the first time that Trump has made such comments when journalists questioned his stance regarding the Russian leader.

At the end of 2015, the host of MSNBC’s Morning Joe told Trump that Putin “kills journalists” to which the unfazed then-presidential candidate replied: “I think that our country does plenty of killing, too, Joe.”
“I’ve always felt fine about Putin. He’s a strong leader. He’s a powerful leader” Trump added.

At the end of January 2017, Putin and Trump held their first official phone call, which, according to the Kremlin, was “good and constructive”.
“Over the past years, the lack of mutual respect became the main reason for the deterioration of relations” Kremlin spokesman Dmitry Peskov added.
Another important thing is that Washington is prepared for dialogue, the spokesman concluded.
“This is what President Putin called for rather consistently but where unfortunately he did not see reciprocity over the past years” Peskov said.
Peskov also said: “It is maybe the biggest mistake on the part of Western analysts to think that Trump is ‘our man’. He is an American man.”

Also in January, former Deputy Speaker of the Belgian Parliament Lode Vanoost told RT that it is way too early to be overly optimistic about Trump.
“To me, he remains as unpredictable and unreliable as he was before. We didn’t see the full interview yet, and the follow-up questions that came after this very astonishing remark.
Basically, what Trump is doing is he is applying the same moral principles to the US as he applies to other countries. That is indeed without precedent in US political culture.”

Also, he expressed concern over forces that could interfere with Trump’s mending ties with Russia.
“If he remains on the path of improving relations with Russia, it could be quite dangerous: my fear is that all conservative governments in the EU, NATO, will create provocations to force him back into line.”

President Trump Defends ‘Killer’ Putin In Super Bowl Interview: ‘Do You Think Our Country’s So Innocent?’

Below you can see a short compilation of the US-CIA assassinations since 1945, based on countries where the US has assassinated or attempted to assassinate a movement leader.

The US has made more than 50 attempts to assassinate political party leaders according to William Blum in his 2003 book Killing Hope: U.S. Military and C.I.A. Interventions since World War II. Noam Chomsky called this book “Far and away the best book on the topic”. Former CIA officer John Stockwell called the same book “The single most useful summary of CIA history.”

All such operations are illegal and almost all such killings are aimed at geopolitical objectives. In almost no cases can any clear humanitarian benefit be identified, even if the target is/was indeed tyrannical.
While bombings with aircraft leave evidence in many cases, covert operations may be difficult to prove. 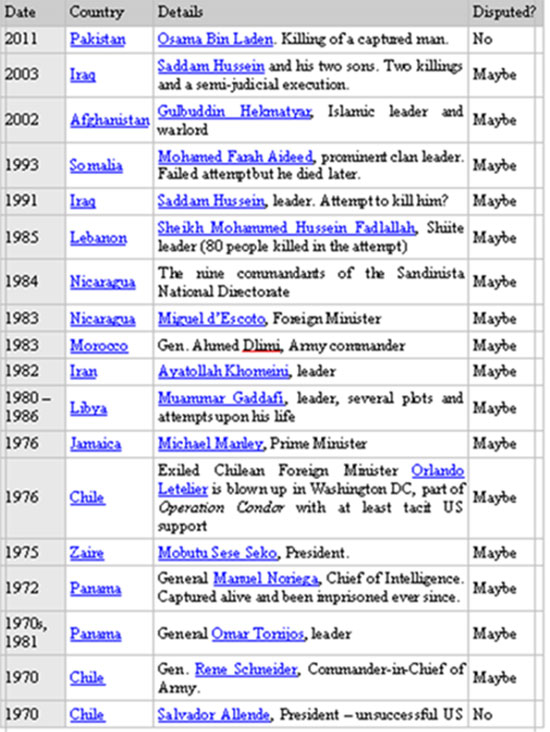 How you run reflects how you feel