Your Rhythm Of Breathing Controls Emotional Judgement And Fear

Air is necessary for life and it aids in healing, but proper breathing can do so much more. Full, free breathing is one of the most powerful keys to enhancing physical, emotional, and spiritual wellbeing. Northwestern Medicine scientists have discovered for the first time that the rhythm of breathing creates electrical activity in the human brain that enhances emotional judgments and memory recall. 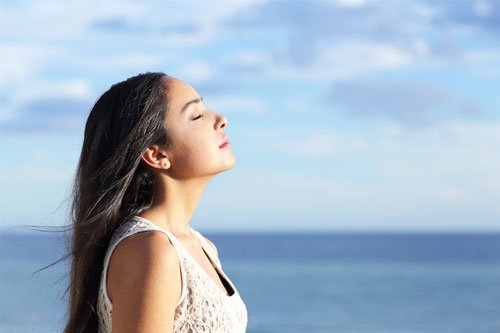 Breathing effortlessly, a baby lives fully and freely in the now, in the expansiveness of the moment. There is no past to remember, no future to plan for or worry about. Each breath is a process of receiving from the universe and giving back to it.

With each inhale, we receive and take life in. With each exhale, we let go and give back. We are in touch with and part of the essential rhythm of life. When we constrict or stop our breath, we lose touch with what is happening in the present moment.

Northwestern Medicine scientists have discovered for the first time that the rhythm of breathing creates electrical activity in the human brain that enhances emotional judgments and memory recall. The study was published in the Journal of Neuroscience.

These effects on behavior depend critically on whether you inhale or exhale and whether you breathe through the nose or mouth. Do-it-anytime breathing exercises allow the mind to enter this state while releasing tension, anger, annoyance, fear and exhaustion.

As adults, many people tend to breathe small and shallow, mostly in the chest, with little visible movement. To make matters worse, most people contract and literally stop breathing for short periods during stressful or mentally focused situations. These periods of contraction and breath holding create a low-grade suffocation in the body. Suffocation leads to suffering. The lack of oxygen and increased tension hinders the flow of blood, nutrients, and vital energy.

“One of the major findings in this study is that there is a dramatic difference in brain activity in the amygdala and hippocampus during inhalation compared with exhalation” said lead author Christina Zelano, assistant professor of neurology at Northwestern University Feinberg School of Medicine. “When you breathe in, we discovered you are stimulating neurons in the olfactory cortex, amygdala and hippocampus, all across the limbic system.”

Northwestern scientists first discovered these differences in brain activity while studying seven patients with epilepsy who were scheduled for brain surgery. A week prior to surgery, a surgeon implanted electrodes into the patients’ brains in order to identify the origin of their seizures. This allowed scientists to acquire electro-physiological data directly from their brains. The recorded electrical signals showed brain activity fluctuated with breathing. The activity occurs in brain areas where emotions, memory and smells are processed.

This discovery led scientists to ask whether cognitive functions typically associated with these brain areas – in particular fear processing and memory – could also be affected by breathing.
The amygdala is strongly linked to emotional processing, in particular fear-related emotions. So, scientists asked about 60 subjects to make rapid decisions on emotional expressions in the lab environment while recording their breathing. 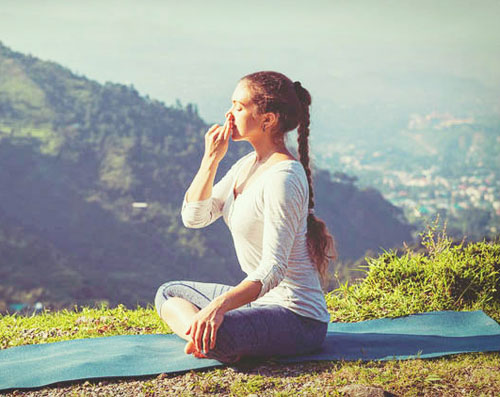 Presented with pictures of faces showing expressions of either fear or surprise, the subjects had to indicate, as quickly as they could, which emotion each face was expressing.

When faces were encountered during inhalation, subjects recognized them as fearful more quickly than when faces were encountered during exhalation. This was not true for faces expressing surprise. These effects diminished when subjects performed the same task while breathing through their mouths. Thus the effect was specific to fearful stimuli during nasal breathing only.

In an experiment aimed at assessing memory function – tied to the hippocampus – the same subjects were shown pictures of objects on a computer screen and told to remember them. Later, they were asked to recall those objects. Researchers found that recall was better if the images were encountered during inhalation.

“The findings imply that rapid breathing may confer an advantage when someone is in a dangerous situation” Zelano said.
“If you are in a panic state, your breathing rhythm becomes faster,” Zelano explained. “As a result you’ll spend proportionally more time inhaling than when in a calm state. Thus, our body’s innate response to fear with faster breathing could have a positive impact on brain function and result in faster response times to dangerous stimuli in the environment.”

Another potential insight of the research is on the basic mechanisms of meditation or focused breathing. “When you inhale, you are in a sense synchronizing brain oscillations across the limbic network,” Zelano noted.