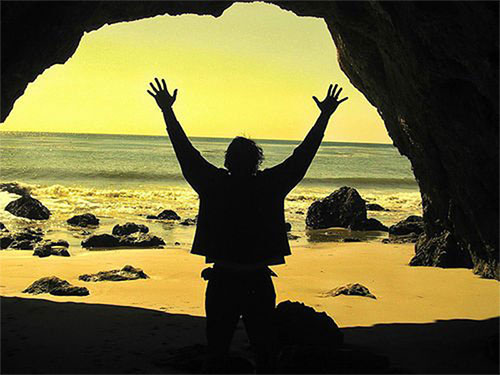 Since time immemorial, under the ruling thumb of the world’s dark overlords, humanity has been hacked, stymied, suppressed and coerced into submission through mind-controlling, soul-destroying atrocities. Those unable to see that just about every subject under the sun is a deception and how their family and friends are affected don’t yet realize the extent to which the dark overlords have us snugly stitched up.

However, alternative media sources tell us that people are awakening exponentially to the realization that they’re being stitched up and in the swathe of these awakened souls, more and more are playing their dutiful part in enlightening others.

Here are 10 signs of our global mass awakening.

1. The fall and further fall of the mainstream media

Trust in the mainstream media has fallen to an all-time low and continues to plummet. Much of this has to do with an increasingly aware and disgruntled public. More and more people are able to discern a mainstream media totally lacking in integrity, thanks to the rising popularity of the independent/alternative media exposing the dishonesty.

Unlike the alternative/independent sources, the servile corporate-controlled mainstream media has been a highly effective tool used to manipulate the consensus reality of the masses for a number of powerful individuals having political and financial self-interests. A number of us know we have seen attempts by these elitist individuals controlling the mainstream media to thwart the rising popularity of the independent/alternative media through false, baseless accusations of “fake news”. Indeed, it’s an attempt to discredit because it exposes the truth about the elite and reveals their hidden agendas….

Essentially, the unjust “fake news” labeling of the independent/alternative media has backfired on the manipulators. Instead of achieving censorship, it has given rise to further increasing support for the alternative/independent media, while the mainstream media has taken an even bigger fall. As many of us know, the real fake news exists in the mainstream media with its propaganda and mind control…
Given that these two paradigms cannot live side by side each other, which one will win the information war?

Besides the mainstream media, worldwide, an increasingly aware public show a growing distrust for Big Government and Big Business institutions from multiple polls.
The distrust and unpopularity implicitly expressed by the public on these crooked institutions with their resident crooks mainly come from the truth revelations put out by the alternative/independent media.

Further, this is what happens when Big Government and Big Business not only ignore the people’s voice in decision making, but also demonize their dissension and public opinion, which only serves to fuel the public’s uprising.

3. Marches against Monsanto have intensified

There couldn’t be a better example of the public’s growing distrust in Big Business than Monsanto. As the years roll by, marches against Monsanto from people of many different backgrounds all over the world have risen significantly and don’t look to be cooling down.
Although there are signs of Monsanto clawing back, in recent years earnings have plummeted. The earnings drop for the biotech company suggests a growing public disdain for their GM seeds as more and more people realize the dangers of GMO and its glyphosate herbicide.

More and more realize that Monsanto are out to patent, own and control every seed in the world. This threatens the destruction and diversity of every natural God-given seed. 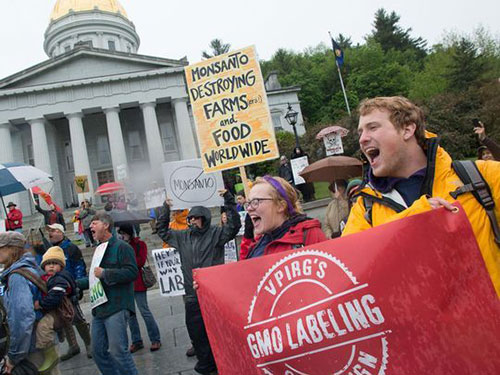 Although still very popular, people’s awareness of the dangers of fast food has increased, as indicated by recent erratic share prices in some of the major fast food corporations who’ve had to pull out all marketing stops to claw back on fallen share prices.
Reports indicate that starting 2016 people have shown more interest than ever in organic non-GMO healthier food options. Besides how these choices affect health, people’s increased interest and awareness has extended into concerns over the environment, animals and the workers involved in food production.

People are increasingly seeing right through those various media sources with their dogmatic unhealthy skeptics, shills, trolls, pseudo-debunkers, controlled opposition agents, biasing, filtering and in-your-face lies intended to sell you the spin of disinformation to keep them ignorant, deceived and helplessly anesthetized in the matrix control system.

The social media outlet has greatly contributed to our awakening. It has indeed provided a unique and effective platform for the people’s voice. No wonder the mainstream media and elitists are unpopular. It has allowed us to spread the word on subjects such as Pizzagate and the Clinton conspiracies….
Along with the alternative/independent media, the explosive interest in the social media outlet has not only changed our views but also continues to redefine journalism and how information is shared. How this is redefining media is a subject for another piece.

Simple to say we’re in a golden age of alternative/independent and social media which has contributed greatly to our global awakening.

7. Changing viewpoint towards the “Conspiracy Theorist”

Another blatant indicator confirming our awakening is a change in how the term “conspiracy theorist” is now generally viewed.
Used frequently over the years in mainstream media, the term “conspiracy theorist” was invented in the ’60s by the CIA. It has been used as a cover up to discredit those aware of the facts on how the dark overlords and their associates have been involved in criminal activity.

8. Increasing attempts to shut us up

Our global mass awakening has got the dark overlords greatly concerned as they question the effectiveness of their control systems over us. How can they deal with our awakening in growing overwhelming numbers?
Desperately, in cahoots with their associates, they’re throwing everything at us ranging from the grossly suppressive, the extremely petty, the violent and the ridiculous to try to shut us up and deny our self-expression, keep us mentally, spiritually and physically enslaved in the matrix controlling system. 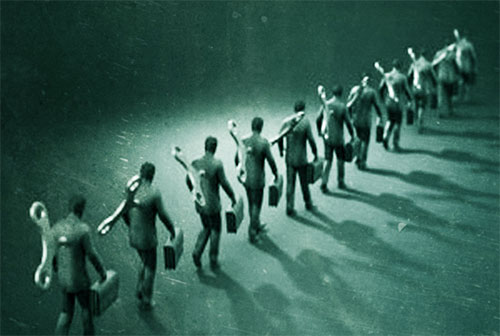 Our awakening goes beyond the specific and measurable. We cannot simply quantify our awakening… There are circumstances occurring on a spiritual level that go beyond our limited understanding. Such are, for example, claims that have been made of energetic emissions from our galactic center that could positively affect our spirituality and transform us.

As already mentioned, the Internet and social media has indeed been great for exchanging information to wake people up but what if these set ups become censored? Further, large groups, virtual or real, run the risk of infiltration for dumbing down and deliberate disinformation.

So the solution lies (in part) in the forming of local community-based in-person groups to cultivate the resistance and humanity; and local meet-up group numbers are already growing.

Will our mass awakening to the deception produce a turnaround – a world that makes a difference for everyone? A world where there are no predators, no controlling hierarchy, no blood-sucking vampire slave-drivers at the top ruling the numerous enslaved at the bottom… no more fight for self-sufficiency because it’s already been achieved in the communities… ?
It is up to us all to play our part for the positive transformation of our planet and the humanity.

The Media Is Now The Political Opposition

The Fascinating ‘Nazca Lines’ of Africa