10 ways to detoxify your dirty lungs 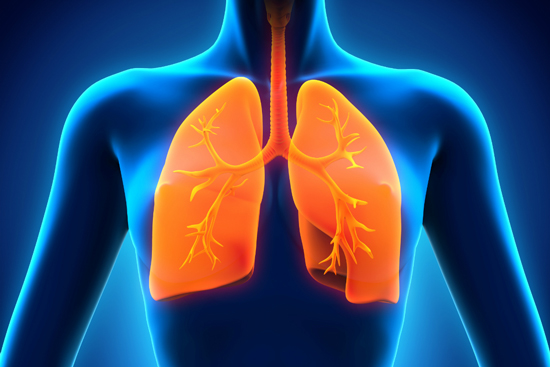 Tobacco smoking remains to be the primary driver in lung disease onset. Other factors that contribute to respiratory disease onset include air pollution, occupational chemicals and dusts, and frequent lower respiratory infections during childhood. With these risk factors at hand, it might prove beneficial to undergo lung detox to stave off respiratory issues. Here are a few ways to naturally detoxify your lungs:

1. Quit smoking right now – This should be a number one priority, especially for those who smoke. It has long been established that nicotine and tobacco smoke may compromise lung function and increase the odds of developing lung infections and cancer. Quitting smoking will do your lungs a huge favor.

3. Stay hydrated – There is a reason why doctors recommend that you drink eight to 10 glasses of water a day. Staying hydrated allows the body to provide the lungs with fresh blood and fluid. This in turn helps clear out mucus and fend off bacterial infections.

4. Not just water – Aside from drinking water, there are other sorts of beverages that promote healthy lungs. For instance, drinking water infused with lemons, ginger, or peppermint is known to cleanse the respiratory system. Likewise, carrot juice is known to alkalize the body and facilitate detoxification. In addition, green tea is touted for its potent detoxification properties.

5. Eat antioxidant-rich foods – Consuming foods loaded with antioxidants, such as pineapples, grapes and cranberries, is a full proof way to eliminate disease-causing bacteria in the lungs and maintain a healthy respiratory system.

6. Herbs may do the trick – Herbs are touted for their beneficial effects on the respiratory system. For instance, oregano contains natural decongestant and anti-histamine properties that ease nasal airflow and promote lung function. On the other hand, peppermint combats disease-causing pathogens in the lungs.

7. Load up on potassium – Potassium is an essential mineral that keeps the lungs healthy. Consuming potassium-rich foods may help promote overall respiratory health.

8. Cut back on mucus-producing foods – A number of food items like dairy, soy, and wheat are known to trigger mucus buildup in the lungs. This is because these foods are harder to digest. It is recommended to increase consumption of healthier food, including cruciferous vegetables, fruits, nuts and beans.

9. Hot showers are pro-lungs – Taking a 20-minute hot shower may help the body to effectively remove toxins. Adding eucalyptus to hot water may provide an expectorant effect, which in turn may alleviate sore throat, nasal congestion and sinus problems.

10. Stop using lung-irritants – Certain household products, such as fresheners, furniture and floor polish, aerosols and chlorine bleach, are known to induce lung irritation. Stay away from these items and opt for more natural cleaning products.

Chronic respiratory diseases are among the world’s top medical concerns that affect just about everybody, from little children to the elderly. In fact, data from the World Health Organization (WHO) revealed that chronic obstructive pulmonary disease (COPD), asthma, occupational lung diseases and pulmonary hypertension are some of the most prominent lung diseases that plague the global population. According to the WHO, more than three million people die annually from COPD, with 90 percent of these deaths occurring in low- and middle-income countries. The organization also pointed that 235 million people around the world currently suffer from asthma.

Lung disease rates in the U.S. are not any better, data from the Centers for Disease Control and Prevention (CDC) showed. According to the federal agency, more than nine million people in the U.S. have chronic bronchitis, while 3.5 million are diagnosed with emphysema. The CDC also revealed that up to 174,000 cases of emergency department visits were linked to chronic and unspecified bronchitis.