17 Quotes That Teach Us To Believe In The Unseen 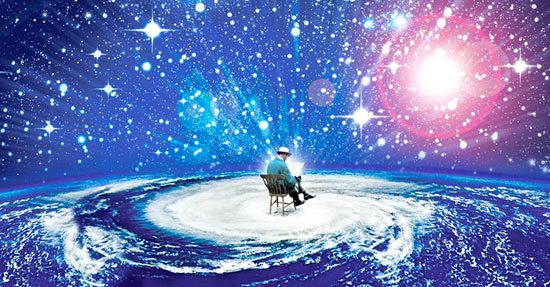 For many people, the trickiest part of the Law of Attraction is learning how to believe in the unseen. As you probably already know, to manifest something you want, you must first believe that you will have it! With our smaller goals, finding belief is often very simple simple, but for the big desires it doesn’t always come as easily. Sometimes our big dreams just seem too inconceivable to have faith in them!

So, in my work with clients and the Law of Attraction, I have found that many times people want to see before they believe. In other words, they want proof that the Law of Attraction works before they truly allow themselves to believe in what they really want and let go. I believe this is fairly common because most of us have been taught to look for evidence and check our facts. “I’ll believe it when I see it” has become a prevailing mantra in modern society.

So, to help you and my other readers believe in the unseen, I have compiled a series of quotes on belief and faith to reinforce the importance of this concept. I hope these words give you motivation to establish and maintain confidence in your ability to create whatever you’d like, regardless of what you “see.”
1. “Faith is taking the first step even when you don’t see the whole staircase.” –Martin Luther King, Jr.
2. “I had therefore to remove knowledge, in order to make room for belief.” –Immanuel Kant
3. “You need a stubborn belief in an idea in order to see it realized.” –James Dyson
4. “All money is a matter of belief.” –Adam Smith
5. “Faithless is he that says farewell when the road darkens.” –J. R. R. Tolkien
6. “Believe that life is worth living and your belief will help create the fact.” –William James
7. “It’s the repetition of affirmations that leads to belief. And once that belief becomes a deep conviction, things begin to happen.” –Muhammad Ali
8. “In faith there is enough light for those who want to believe and enough shadows to blind those who don’t.” –Blaise Pascal
9. “One person with a belief is equal to ninety-nine who have only interests.” –John Stuart Mill
10. “A man of courage is also full of faith.” –Marcus Tullius Cicero
11. “Faith is the bird that feels the light when the dawn is still dark.” –Rabindranath Tagore
12. “If you believe you can, you probably can. If you believe you won’t, you most assuredly won’t. Belief is the ignition switch that gets you off the launching pad.” –Denis Waitley
13. “Faith is the strength by which a shattered world shall emerge into the light.” –Helen Keller
14. “If fear is cultivated it will become stronger, if faith is cultivated it will achieve mastery.” –John Paul Jones
15. “Belief creates the actual fact.” –William James
16. “Whether you think you can, or you think you can’t-you’re right” –Henry Ford
17. “Faith is to believe what you do not see; the reward of this faith is to see what you believe.” –Saint Augustine

I hope you enjoyed today’s quotes! If have any other good quotes to share on belief and faith, please comment below. I’d love to hear them.