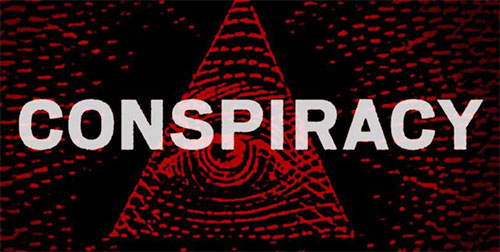 Generally speaking, conspiracy theories form where there is a vacuum of verifiable facts associated with a controversial, usually tragic event. The concept has evolved over the years and is a part of US popular culture.

All the while, conspiracy theories of every stripe and variety festoon the footnotes of history. Even the origin of the phrase itself is subject to conspiracy theory, as some researchers have argued that the CIA invented and promulgated the term in order to marginalize fringe thinkers and neutralize investigations.

The internet has obviously had a profound effect on conspiracy theories, simultaneously helping and hurting the cause. While a world of information is at people’s fingertips, so too are alternate worlds of manufactured propaganda.

While the Internet may appear to be a democratized, unfiltered path toward facts and truth, it is easily manipulated. Powerful corporations pay a lot of money to have their dirty laundry buried in the search results underneath contrived puff pieces.

With nearly the entire mainstream media apparatus at their disposal, the government is a maestro at this practice. As it was learned from so-called Operation Mockingbird – a conspiracy theory fact discussed in my first post on the subject, “Conspiracy Theories That Turned Out to Be True,” – hundreds, if not thousands of news organizations have been conscripted into working with the CIA to support pro-government narratives. That was in the 1960s.

One can only imagine how vast the network is now. Not to mention the fact that a single proprietary algorithm owned by Google dictates the vast majority of the population’s exposure to a subject.

With groups like Wikileaks and Anonymous out there, the last decade has witnessed a dam burst of new data and documents. Thanks to intrepid journalists, whistleblowers, hacktivists, and leakers, the human race continues to tear down the wall of lies erected by the corporatocracy.

Without further ado, these are four more conspiracy theories that can be called conspiracy facts.

In Iran it was called 28 Mordad coup; the United Kingdom contributed under the name Operation Boot. However you refer to it, Operation Ajax was an Iranian coup that in 1953 deposed the democratically elected Muhammad Mossadeq and reinstalled the monarchical power of Shah Mohammed Reza Pahlavi.

The primary cause of the coup was Mossadeq’s attempt to nationalize the Iran’s oil fields, which threatened the oil profits of Britain’s Anglo-Persian Oil Company (AIOC). The U.S. – in addition to protecting its ally’s petroleum monopoly – viewed Mossadeq’s move as communist aggression and therefore helped plan the return to power of one the world’s more insidious dictators, the shah.

Though it was long considered an open secret, the U.S. government kept the truth behind Operation Ajax concealed from the American people until very recently. The CIA declassified various documents on the 60th anniversary of the coup.

Because of the recent declassification, much information relevant to this CIA-sponsored coup is now available in the CIA’s archives.

In describing Operation Ajax, the CIA itself has become rather oddly self-reflective:
“The world has paid a heavy price for the lack of democracy in most of the Middle East. Operation Ajax taught tyrants and aspiring tyrants that the world’s most powerful governments were willing to tolerate limitless oppression as long as oppressive regimes were friendly to the West and to Western oil companies. That helped tilt the political balance in a vast region away from freedom and toward dictatorship.”

In an interview on Democracy Now, Bernie Sanders remarked to Amy Goodman that this seminal chapter in the history of U.S./Middle East relations is almost entirely ignored by mainstream media. “Have you seen many shows about that on NBC?” he asked the crowd.

2. “Nayirah,” the False Pretext for the first Gulf War

It’s now commonly believed that the second Iraq War was sold to the American people – and their congressional representatives – based on an elaborate web of lies and manipulated intelligence.

What is less commonly known is that the first Iraq War came about in a very similar fashion. While, surprisingly, there is broad agreement that “Operation Desert Storm” was a worthwhile war, many people overlook the role of a fifteen-year-old girl named “Nayirah” whose 1990 testimony to the Congressional Human Rights Caucus is credited with cementing the idea of Iraqi war crimes in the American popular consciousness.

Nayirah testified to having witnessed Iraqi troops tearing babies from their incubators in Kuwaiti hospitals and leaving them to die on the floor. It’s a profoundly disturbing image… and one that was entirely fictitious.

After a lengthy investigation, Amnesty International and other independent watchdog groups discovered that the situation described by Nayirah was fabricated by a PR firm named Hill & Knowlton (the largest in the world at this time), which was hired by the group Citizens for a Free Kuwait in order to create propaganda that would galvanize pro-war sentiment. The man overseeing the campaign was Bush political confidante Craig Fuller.

This was a massive project utilizing 119 H&K executives in 12 offices across the United States and even involved casting Nayirah, who turned out to be Nayirah al-Sabah, daughter of Saud bin Nasir Al-Sabah, Kuwaiti ambassador to the United States. 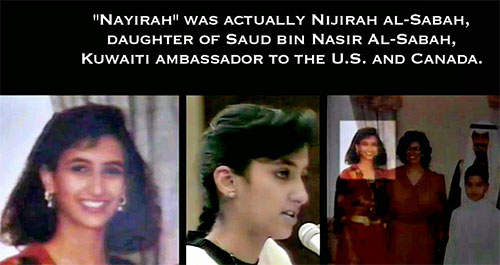 The Justice Department, which could have investigated the entire effort under the Foreign Agents Registration Act, turned a blind eye, allowing the Bush administration to pull off a massive “Wag the Dog” – style ideological false flag. Others call it “atrocity propaganda,” a form of psyop (psychological operation).

The “Nayirah” story is just another example of the government falsifying a narrative in order to manipulate the public into supporting war. This kind of psychological propaganda continued all through the second Iraq War and the War on Terror.

When operatives for the Democratic Party claim the 2016 United States presidential election was tampered with by a foreign entity, it’s hard not to cringe at the irony.

Firstly, they’ve presented no evidence, except to claim that government intelligence agencies believe it to be true. Sorry, that’s not actually evidence. That’s like the police saying they have DNA evidence but never actually scientifically presenting it in court.

US government and intelligence agencies, namely the CIA, have actively and aggressively subverted countless foreign elections over the last century and, in some cases, have outright funded the assassinations of candidates. 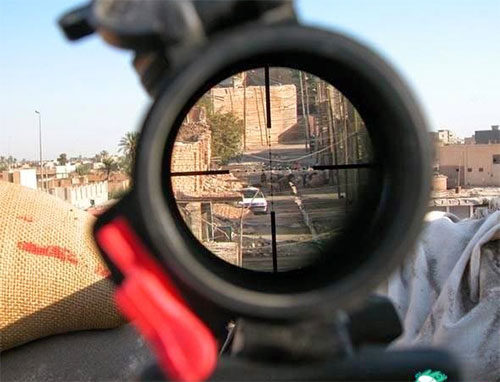 This subject could easily fill a multi-volume book, and countless authors have worked over the years to uncover the role of the CIA in foreign coups. Using every tool in their arsenal – including white, grey, and black psychological operations, counterinsurgencies, and brutal coups aimed at repressing and destroying radically democratic candidates – the CIA has subverted the “will of the people” across the world.

This is but a small sampling of countries where even mainstream news outlets and, in many cases, the CIA itself, admits calamitous U.S. involvement. There are literally dozens more and, of course, this is restricting the conversation to soft coups – otherwise, it can be certainly included the complete military decimation of Iraq, Afghanistan, Libya, and other Middle Eastern countries during the War on Terror, as well as the myriad imperial wars against perceived communist threats.

“A foreign government hacked and subverted our election!ˮ

The irony is thick with this one. Revenge, of course, isn’t giving US intelligence agencies, who have proven themselves to be pathological liars, the benefit of the doubt regarding their claims of Russian collusion during the 2016 presidential election.

It’s just to kind of say you reap the harvest you have sown. When you look at the track record of the United States government, it’s a wonder the average citizen is safe traveling abroad.

It’s a plot in a science fiction movie or TV show: a psychic being leveraged by a law enforcement agency to track down a criminal. The concept of a government psychic program was popularized by the film The Men Who Stare at Goats, which lampooned the mythical STARGATE program supposedly run by the CIA.

Most people scoffed at the reality of this and considered it a wacky conspiracy theory, but a recently declassified trove of hundreds of thousands of CIA files finally confirmed not only that psychics are regularly used by police and other law enforcement agencies, but also that the government actually weaponized psychics during the Cold War to try to infiltrate the Soviet Union and gain information.

The documents, made publicly available thanks to the activist group Muckrock, confirm there were top-secret CIA and Defense Department programs to use remote viewing to infiltrate Soviet military installments. There were also programs developing ways to engage in “psychic warfare,” including the development of a “psychic shield” to block Soviet psychics.

Conclusion
Of course, not all conspiracy theories are true. In fact, there are hundreds, even thousands, that have been roundly debunked. Unfortunately, there are those who seek to lie and invent fictions for monetary gain and fame. Disinformation, propaganda, and dishonesty exist at all levels of society.

However, sometimes conspiracy theories turn out to be true. Therefore, it’s worth assessing them, even if their claims appear wholly outlandish.

The conspiracy theory is a tool in a larger tool kit used by those who wish to decode the grossly imperfect and fluid narrative describing the world human beings live in. When investigated responsibly, conspiracy theories function as part of a conceptual spectrum of analysis with which it can be investigated the government and corporate abuses of power and the manufacturing of “consensus realityˮ.

In the XXI Century, when the very transmission of information can be considered criminal, being a responsible conspiracy theorist just means you practice due diligence and hunger for the truth.