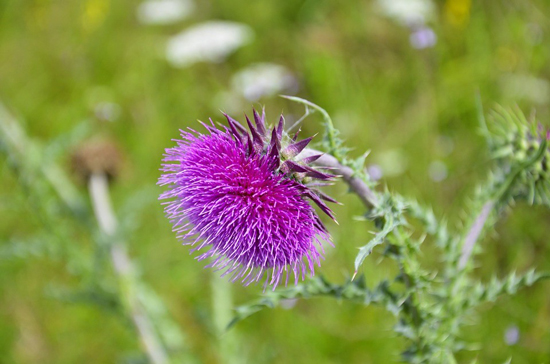 As health trends ebb and flow throughout the centuries, the use of medicinal plants to heal is often banished, suppressed, ignored or scoffed at. This statement might be said for the humble milk thistle – sadly and too often scorned as a prickly weed.

But there it is, always waiting in the wings for us and waiting until its revelations are alight again so that it can perform its “magic” once more. This seems to be the story of milk thistle beginning at least 2,000 years ago that we know of.

Chances are that you associate milk thistle with the liver. This is either because you heard people interested in natural health talking about it starting from when health food shops were rare. Or, you may be up on science and your doctor has come around with the constant stream of research supporting the use of milk thistle for the liver. You would be right! Milk thistle is probably the top medicinal plant for liver care – but it is so much more. “Despite its routinely clinical use as hepatoprotectant, the mechanisms underlying its beneficial effects remain largely unknown,” some researchers have said. Without further ado – here is what milk thistle can do for you:

Obsessive Compulsive Disorder (OCD) – Milk thistle was found to be just as good as Fluoxetine – another name for Prozac, Sarafem and Adapin, and a fluoride derivative – the main drug used to treat OCD.

Hepatitis C – Basically, treating hepatitis C with alpha lipoic acid, milk thistle and selenium, three patients studied in a study avoided liver transplantation, recovered quickly and their laboratory values remarkably improved. Other studies have shown that used milk thistle and phosphatidylcholine worked faster with anti-virals than anti-viral medications alone. The response rate was higher and the frequency of severe side effects was lower. Yet another study showed its antiviral power when a conventional therapy faltered. And one more study found that when combined with spirulina, milk thistle is again effective for Hep C. In addition, a study that combined it with vitamin E helped treat patients who could not undergo typical anti-viral therapy.

Anti-Prostate Cancer and Reducing PSA – One study showed silymarin’s anti-prostrate cancer effects. Another study showed that there was a statistically significant difference between patients treated with milk thistle and selenium and a control group. There was a significant reduction in PSA with the men treated with the herbs. Results vary with different studies but others have also demonstrated the ability of milk thistle to reduce PSA progression. Additionally, a different study found silibinin to be a prostate cancer chemoprevention: bench to bedside.

Antioxidant properties – Scientists tested a botanical combo called Protandim which is comprised of five power herbs: Bacopa monnieri (water hyssop), Silybum marianum (milk thistle), Withania somnifera (ashwagandha), Camellia sinensis (green tea extract), and Curcuma longa (turmeric). After 120 days of supplementation on healthy people of all ages at a low dose of 675 mg daily – any age-dependent cholesterol levels were eliminated. Meaning a 78-year-old man could potentially have the levels of a 30-year-old man by the end. Researchers concluded that modest induction of the catalytic antioxidants SOD and catalase may be a much more effective approach than supplementation with antioxidants (such as vitamins C and E).

Radioprotective – Silymarin has shown itself to be a promising protection against radiation damage.

Rosacea – A combination of milk thistle and MSM (Methylsulphonylmethane) can be useful in managing symptoms.

Lead accumulation in liver – Shows promise in amelioration of lead toxicity in rat livers when combined with vitamin C.

Iron chelating properties – Silybin has been shown to act as an iron chelator and it reduces iron absorption. Researchers think it has potential as an adjunct treatment of haemochromatosis – an inherited iron accumulation disease. A different study found that silybin effectively reduced iron levels in Hepatitis C patients. Another study demonstrated Silybin’s chelation benefits.

Radioprotective – Silymarin has shown itself to be a promising protection against radiation damage. 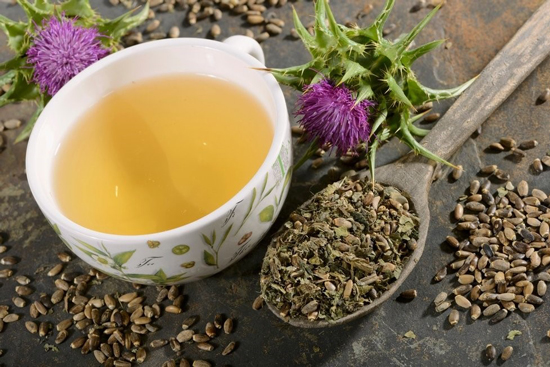 Colon cancer prevention – Shows promise that it might help prevent colon cancer. More studies need to be done. But in a study, Silibinin caused death of colon cancer cells.

Some Effects on Alcoholic Liver Cirrhosis – Despite a lack of major results, milk thistle did show a small increase in glutathione as well as a decrease in lipid peroxidation in peripheral blood cells of alcoholic liver cirrhosis patients.

Acute Clinical Hepatitis – A study has shown that it may be potentially effective at improving symptoms of acute clinical hepatitis. Results were not stellar though some effect was shown.

Anti-Inflammatory – Silymarin, a component of milk thistle – outperforms piroxicam (feldene) and meloxicam (mobic). A study revealed that silymarin did a better job than both at reducing inflammation in patients with knee osteoarthritis.

Thalassemia – An inherited blood disorder in which the body makes an abnormal form of hemoglobin. When used in combination with Desferrioxamine, the herb seems to be more effective than Desferrioxamine by itself.

High cholesterol (dyslipidemic patients) – In combo with Berberol, it was found to keep cholesterol levels the same when patients were taken off statins.

Skin Cancer – As part of Protandim, it was found to have tumor-suppressive properties.

Burns – Therapeutic silymarin was found useful in the treatment of injured skin from burns.

Prevents Radiation Induced DNA Damage – Both in vitro and in vivo.

Kidney health – It has a protective effect against oxidative kidney damage.

Anti-Osteoporosis – Silymarin had a positive effect on estrogen in rats with ovaries removed. In turn, it produced a positive result in bone formation.

Digestion – It increases the secretion of liver bile salts.

Metabolism, cortisol and cholesterol – Silymarin significantly increased serum triglycerides, LDL cholesterol and cholesterol contents in groups of mice fed with the supplement. It posed some effect on cortisol and thyroid hormones, although some of these changes were seen in the control group too. Researchers said: “In conclusion our results indicate that 200 mg/kg of silymarin in Wistar rats is the best dosage to achieve metabolic benefits. Silymarin has positive effects on lipid metabolism and can modulate serum triglyceride and cholesterol concentrations in food restriction condition. Also, the present findings suggest that silymarin under food restriction situation exerts a decreasing effect upon peripheral conversion of T4 to T3.” 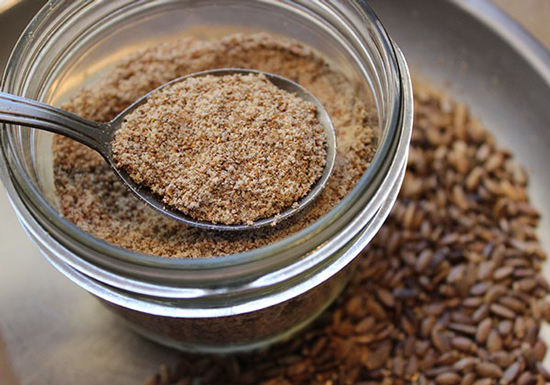 Oral cancer cells – It was tested on oral squamous cell carcinoma. Silibinin can reduce the invasion and metastasis of tumor cells.

Myeloid leukemia – Shows potential for prevention and for killing leukemia.

Always use alcohol-free tinctures and consult with your preferred health practitioner on dosage and use.