In a series on innovation in the food industry, Food Dive highlighted some of the industry’s biggest failures, and Natural News celebrated the fact that the American public did not fall victim to these questionable products. Here are the top food industry fails: 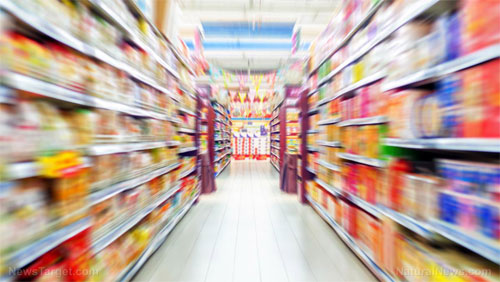 In a textbook example of marketing failure, Coca-Coca decided to replace its famed 99-year-old formula with an updated one called New Coke. When angry consumers made their voices heard through petitions and campaigns, the company brought back the original version in the form of Classic Coke. They now say that it was one of the best things that ever happened to them because it drew attention to how beloved their product was.

Of course, you’d have to love it quite a lot to continue drinking it once you realize that it puts you at risk of obesity and diabetes. In fact, a UCLA study found that drinking one soda each day raises your risk of being overweight by 27 percent. Pepsi isn’t any better, with the caramel coloring in the drink, known as 4-Mel, found to cause cancer.

There are lots of reasons you should avoid processed food and red meat, like their links to cancer, but sometimes a product doesn’t sit well with consumers for other reasons. This was seen when toothpaste maker Colgate introduced a line of frozen meals, including lasagna, which now collects dust in Sweden’s Museum of Failures rather than on grocery store shelves.

It’s better off that way; one study found that eating just two ounces of processed meat products per day can raise a person’s risk of diabetes by 19 percent and heart disease by 42 percent.

America’s sweet tooth is no secret, with Americans ingesting around 22 teaspoons of sugar each day on average. This rises to 34 teaspoons among teens and is largely attributed to soda consumption. However, it appears that even the American increasingly obese nation draws the line somewhere.

While Life Savers Soda, a carbonated beverage with a flavor inspired by the multicolored candy, did well in taste tests, consumers shunned the product when it was released in the ‘80s on the grounds that it would be “like drinking candy from a bottle.” While plenty of other ways to give yourself diabetes still exist, we’re glad that this brightly-colored product is no longer calling your children’s names from store shelves.

When Tropicana scrapped the image of an orange with a straw poked into it on its orange juice cartons and replaced it with a design showing a big glass of orange juice overlaid with the words “100% Orange”, consumers made it clear that the move was not a positive one. People complained that the packaging made it appear generic and that it was difficult to discern what was actually inside of it, prompting the brand to reverse its decision.

These days, you can still find the familiar package in the store, but you should keep walking when you come across it. While orange juice is beneficial – with the antioxidants in the fruit found to prevent cancers such as liver, colon, blood and breast and reduce stroke risk – you must juice organic oranges yourself at home to avoid the added sugars, preservatives and pesticides found in store-bought varieties.

Even though tomatoes actually come in other shades besides red, people did not embrace Heinz’s attempt to sell ketchup tinted with hues they referred to as “Funky Purple” and “Blastin Green.” While kids showed some interest at first, sales quickly waned and the company retired the product.

The fewer artificially colored food products on store shelves, the better, especially after a report from the Center for Science in the Public Interest discovered that nine common food and beverage dyes are toxic, contributing to hyperactivity and allergies in kids and raising the risk of cancer.

As consumer tastes continue to shift in favor of healthy, organic options, one can only hope that many of the other toxic foods that are popular today will soon find themselves on the failure list.

MOMENT OF TRUTH: The Political Stuff Nobody Wants to Talk About (1)