The Internet of Things: A New World Order (1)

Was the marketing hook ‘The Internet of Things’ conjured up before the technical definition? Are we being persuaded to spend money on fending off yet another fantasy tsunami of data? 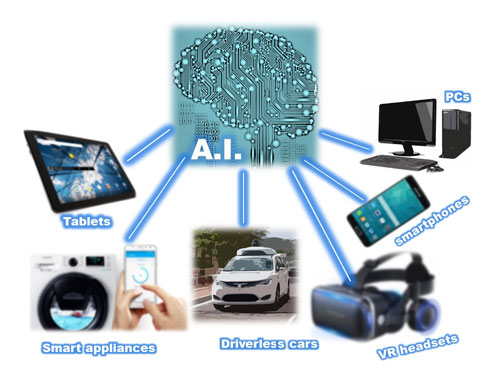 Already, we have televisions that listen to, and report, your conversations; so are we facing the Science Fiction future of gadgets that report where you go, who you visit and what medications you take? As Robert Sheldon says: “It’s big, almost too big to get your arms around.” The verdict is in. The Internet of Things, dubbed IoT by those in the know, is slated to be the next best thing since Microsoft Bob.

With over 25 billion devices already connected around the globe in 2015, according to the US Federal Trade Commission (FTC), the IoT is expected to grow in leaps and bounds, as businesses continue to invest in connecting devices and the infrastructures necessary to keep them that way.

The timing couldn’t be better. Technological advances in web services and cloud computing provide fertile soils for IoT growth. Projections for the number of connected devices range in the trillions, with industries far and wide hedging their bets.

Healthcare, automotive, robotics, home security, manufacturing, and personal fitness are but a sample of the IoT’s promised scope, and part of that promise is the potential for new jobs and greater productivity and piles and piles of windfall profits. The only catch? We haven’t quite agreed on what IoT actually is. Lots of folks are talking about it, as well as blogging and tweeting about it, but they’re not necessarily referring to the same thing, and without a consensus, we’ll have a tough time implementing standards or protections or unified systems for managing the crushing influx of connected devices and all the data that comes with them.

The Internet of Things

The challenge in coming up with a unified definition of the IoT is that it can apply to such a wide range of devices and situations, whether consumer-facing or otherwise, leaving us to paint the IoT picture with exceptionally broad stokes. The FTC, in its January 2015 report “Internet of Things: Privacy & Security in a Connected World,” acknowledges that there is still no widely accepted definition of the IoT and offers its own interpretation: “devices or sensors-other than computers, smartphones, or tablets-that connect, communicate or transmit information with or between each other through the Internet.”

Although the FTC definition provides a reasonable starting point for describing the IoT, it fails to take into the account the infrastructure needed to support all that connectivity.

For a more comprehensive picture, we can turn to a slightly different, but not inconsistent, description from the International Data Corporation (IDC), via the EMC-sponsored white paper “The Digital Universe of Opportunities: Rich Data and the Increasing Value of the Internet of Things.”

The paper describes the IoT as a “network connecting-either wired or wireless-devices (things) that is characterized by automatic provisioning, management, and monitoring.”

The paper then goes on to say that the IoT is innately analytical and integrated and includes intelligence systems and devices, along with “connectivity enablement, platforms for device, network and application enablement, analytics and social business, and applications and vertical industry solutions.”

That’s big, almost too big to get your arms around. From such a description, the IoT can refer to just about anything. For that reason, discussions around the IoT often focus on what it can do, rather than what it is or how to make it all work.

On the consumer side, the IoT can connect our appliances, houses, cars, clothes, even our bodies. Business too can benefit from connecting mission-critical systems and operations in order to provide real-time intelligence and ongoing analytics. Governments can also use the IoT to augment such systems as air traffic control or environmental monitoring devices. 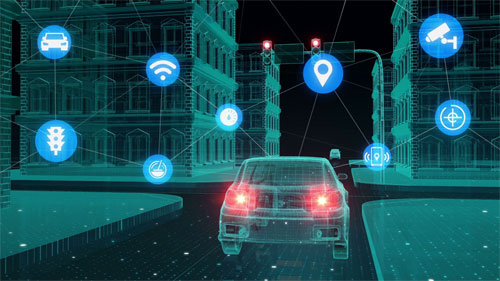 There does, in fact, appear to be few limitations on what the IoT will be able to do. Once all the pieces are in place-the IoT-enabled devices and sensors, the networks to connect them, and the systems to handle the data-trillions of “things” will be generating endless streams of data that will somehow be collected and managed and analyzed and used in ways we’ve barely begun to appreciate or understand. And that’s got CIOs wondering how these systems will be administered and secured, and agencies such as the FTC worrying about the future of privacy.

The Internet of More Things

Like many technological advances in recent years, IoT advocates are betting on the consumer to fuel much of the movement. That’s not to say the business side won’t take on an import role, but consumers will definitely play their parts. Already they’re wearing fitness bands and hooking their TVs to the Internet and having their hearts monitored remotely, all in the name of connectivity, and the trend is only likely to continue as technologies evolve and more and better devices make their way into people’s living rooms and their lives.

The key to the IoT’s potential is in its ability to connect multiple systems and use the shared data in meaningful ways, to a degree well beyond FitBit’s current capabilities of collecting and centralizing data. Imagine a system that uses your cell phone’s GPS to monitor your location, the local weather station to provide updated weather data, and devices within your home to manage thermostats, lights, and alarms.

Such a system can sense when you’re within a few miles of home to adjust the thermostat, when you’re close to home to turn on the lights (but only at night or during inclement weather), and when you’re pulling into the driveway to turn off the house alarm. The system might even open your windows, depending on your preferences and the weather.

Here’s another possibility. You’re driving home and you receive a text from your refrigerator telling you you’re low on beer. Or your sprinkler system checks with the local weather station to determine whether to water the lawn, taking into account the time of day, the level of humidity and cloud cover, and the last time the lawn was watered. For the scenarios to work, all these “things” must be able to talk to all those other “things” – and that is the vision of the IoT.

The Internet of Industry

The potential for industry – and by extension governments and municipalities – is as great as it is for consumer-facing systems, and no doubt the two will feed into each other as the IoT technologies grow more robust and ubiquitous. With this growth come promises of new markets, new jobs, new ways of doing business, new everything.

Yet pigeonholing industrial IoT is no easier than doing so on the consumer side. The EMC/IDT white paper points to five ways the IoT can create opportunities for business:
– Implementing new business models that create customer value streams, speed time to market, and respond more rapidly to customer needs.
– Capturing real-time data on mission-critical systems.
– Diversifying revenue streams and monetizing additional services.
– Providing end-to-end insight into business systems that span the globe.
– Accessing information from autonomous endpoints in order to make on-the-fly decisions.

A business can, for example, track the supply chain from one end to the other or make on-the-spot decisions about pricing and sales based on real-time data. A manufacturing company can use sensors to monitor machinery in order to detect system failures, track performance, or preempt maintenance issues.

An energy company can monitor its power grids to improve services, make better use of resources, detect outages and potential problem areas, or assist field workers repairing complex systems. A city can connect its transportation systems to better track locations, maximize traffic flow, reduce fuel consumption, control speeds, and provide real-time traffic conditions to commuters. The possibilities of IoT are limitless, applying to anything from agriculture to telecommunications to air travel to robotics.

Wherever sensors can be slipped into or slipped on, the IoT can be there to provide an intelligent network for linking devices and machines and other objects in a variety of ways in a myriad of circumstances-at least that’s what all the IoT enthusiasts are telling us.