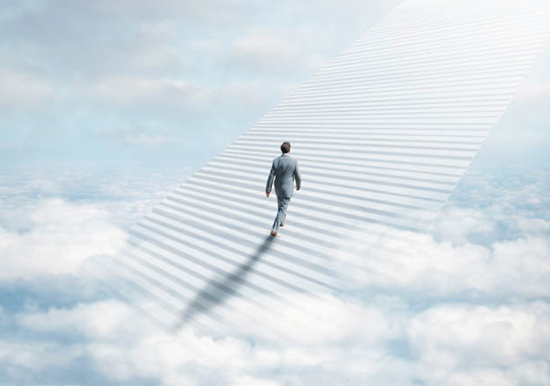 The concept of human mortality intrigues us. Countless doctors and nurses report on comments that have been made by their patients prior to dying, comments that would lead one to believe that they were aware it was time, even if there weren’t solid health reasons indicating such.

Many of us have seen a friend or family member who appears to have a sixth sense, suddenly making the efforts to get their affairs in order shortly before their own passing. These people will sometimes take drastic steps, as if they know that their time is running short, repairing long broken relationships, or giving away the possessions that they hold dear.

The question becomes, did they take these actions because they were aware of their impending death, or was it purely coincidence?

A study conducted by Arnaud Wisman from the University of Kent’s School of Psychology and Ilan Shrira from the Department of Behavioral Sciences in Arkansas’ Tech University shows that there may be solid evidence that they were able to detect that they were dying, through scent!

When the body dies, it breaks down, and there are scents that are released including putrescine. This foul scent is a result of the decomposition process. While consciously the human mind may not acknowledge the scent, and make the connection, the subconscious mind recognizes this odor and it triggers an immediate response.

Wisman and Shrira conducted a series of four different experiments, each using putrescine, ammonia and water. Study participants were exposed to the chemicals, and their reactions to the scent were recorded. When exposed to the putrescine, the immediate response was to move away from the area. The participants did not recognize the scent, nor were they aware that they had responded in a negative manner.

“People are not familiar with putrescine and do not consciously associate it with death or fear,” the two researchers explained.

This study is only part of a much larger topic of interest for Wisman, the Psychology of ‘Scent’. In his bio on the University of Kent website he wrote: “Scents can communicate many things such as danger, whether something is edible, whether a partner is suitable, and even how others feel. Interestingly, the latest research suggests that humans too, can communicate various emotions such as fear and stress via scent.”

Another documented example of this is the way in which sex pheromones are released by the body to help in attracting a mate. The researchers discussed the similarities and differences between the two chemicals, stating, “Putrescine signals a different type of message than pheromones, but people’s responses to putrescine (avoidance and hostility) do seem indeed to be the opposite of responses to many sexual pheromones.”

Further study into this field will, most likely, reveal a whole subconscious level of communication between human beings that was, up until recently, unknown!