Scientists are always hard at work to find new weapons in the fight against cancer, and based on recent research, they may have found a new one in the form of the plant Ambrosia arborescens. 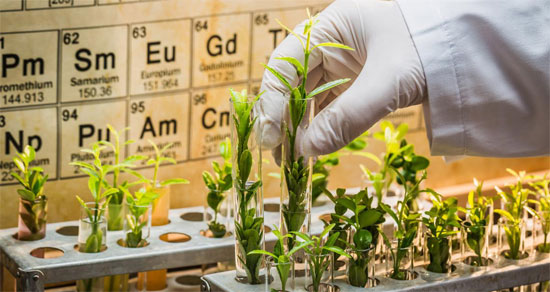 According to a report that was recently published by Lund University, the plant A. arborescens was found to contain a chemical compound that effectively inhibits the growth and spread of cancer stem cells. A similar chemical compound called ambrosin was also found to have a similar effect despite being synthetically produced.

The study was performed by researchers from both Lund University and Higher University of San Andres in La Paz, Bolivia.

The chemical compound that inhibits the growth and spread of cancer cells is called damsin. According to the report, researchers isolated the sesquiterpene lactone damsin and studied its effect on three different breast cancer lines. Likewise, the researchers tested ambrosin for what it does. And it turns out that both chemical compounds have practically the same effect: they inhibit growth and spread of cancer cells.

“Both the natural and the synthetic substances inhibit the growth and spread of cancer stem cells in breast cancer cell lines,” said Stina Oredsson, professor at Lund University. “This is the first time that it has been successfully proven by research.”

The specific effect of both compounds appears to be inhibiting the division and mobility of cancer cells, which means that tumors become smaller over time, as cell proliferation decreases. The researchers were able to show that the actual number of cancer stem cells go down. This is said to be a major breakthrough in cancer research, and could be the beginning of an effective new treatment of cancer stem cells, which are believed to be the cause of metastases.

The problem with current treatments

There are, of course, a number of different cancer treatments available for anyone suffering from most variations of the disease. The problem is that the treatments don’t work for everyone and in some cases, it may even make the problem worse.

There have been many documented cases of cancer getting worse after receiving certain kinds of treatment. In fact, chemotherapy is one of the treatment methods that have been known to have some possible negative outcomes. In the worst case scenario, it may even lead to death, as some evidence suggests.

For the above reasons, it is useful to find some alternative methods for treating cancer. And if a natural solution is found to be truly working, then the whole world will be all the better for it.

Oredsson admits that the results of their research covers only the basics; they will continue to study both damsin and ambrosin in order to find out better solutions that can be applied for different types of cancer cells.

“Different cancer cells have different abilities to survive chemotherapy. Cancer stem cells can be considered the most dangerous type of cancer cells, as they appear to have an inherent resistance to the chemotherapeutic drugs used today,” explained Oredsson. “Our results can contribute to the development of new drugs against cancer stem cells but, unfortunately, it takes a long time to get from basic research to usable drugs.”

For now, the researchers are going to continue experimenting with other chemical compounds. They have also begun using other analogues that show “very good inhibitory effects” on cancer stem cells. However, the results of those experiments have yet to be published.

Gum additives in food: What you need to know and watch out for