A traditional Ethiopian medicine may be the next malaria cure

Ethiopian ethnomedicine treats malaria with concoctions derived from the medicinal herb Kleinia abyssinica. Researchers conducted a test on a mouse model to determine the antimalarial activity of various extracts and fractions from the root powder of this plant. 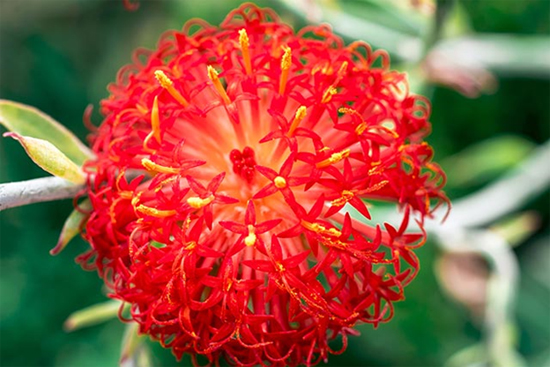 The Addis Ababa University supported their study. They published their paper in the Ethiopian Pharmaceutical Journal.

The powdered root of K. abyssinica plants was collected and processed to get an 80 percent crude methanol extract. Different solvent and alkaloid fractions were also obtained from the powder for testing.

Mice infected with Plasmodium berghei parasites were treated with the methanol extract, solvent fraction, and alkaloid fraction. The doses were 100, 200, 400, and 800 milligrams per kilogram per day. The treatment period lasted for four days, after which samples were taken from the mice for evaluation.

The crude methanol extract was able to greatly inhibit the demonstrable presence of parasites of P. berghei in the mice. Among the solvent fractions, the methanol and petroleum ether fractions suppressed the parasites more effectively than their acetone and chloroform fraction counterparts.

The alkaloid extract from the methanol fraction was the one that achieved maximum activity. All four doses significantly inhibited the growth of P. berghei when compared to the untreated mice.

Further testing determined that the effective dose (ED50) of alkaloid extract required to achieve 50 percent effect is 60.77 milligrams per kilogram per day.

The researchers stated that their results supported the therapeutic use of the root of Kleinia abyssinica in Ethiopian ethnomedicine. Furthermore, they believed that the alkaloids in the root contributed to the overall antimalarial activity of the plant extracts.

Aging and the Perception of Time

The Man Who Lived With Extraterrestrials For 10 Days (3)