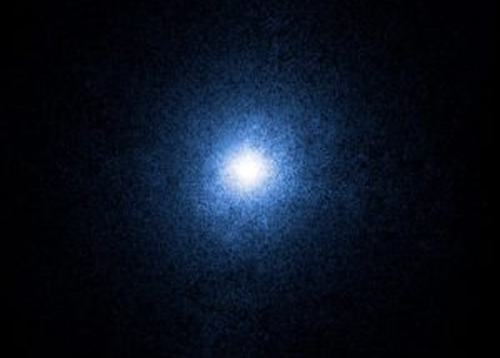 A star in the constellation of Cygnus about 1.300 light-years away, said to have an alien civilization’s megastructure upon it, is giving off some strange light patterns again.

The mysterious dimming and flickering of the star, first discovered in 2011, means something is passing in front of it. A range of theories have been put forward for this odd, light-flickering behavior, including one hypothesis which suggests an alien megastructure may have been built around the star to harvest its energy.

The star’s strange behavior, and the subsequent uproar it has caused considering it likely proves an alien civilization is very close by, was discovered by citizen scientists scouring data available through the crowdsourced Planet Hunters effort. These dimming events kicked off a years-long effort by a team led by Tabetha Boyajian at Yale to figure out what was going on with the star

Stars normally dim and brighten over time, but this star was dimming at odd intervals and then becoming bright again. As the Atlantic reported, the astronomers who suggested it could be a megastructure causing the light changes stated, “No other star had shown such dimming before, and no natural explanation seemed forthcoming.”

NASA practically dismissed the theory, but now the “alien megastructure star” is dimming oddly again. It’s such a big deal that astronomers are losing their minds on Twitter talking about it: 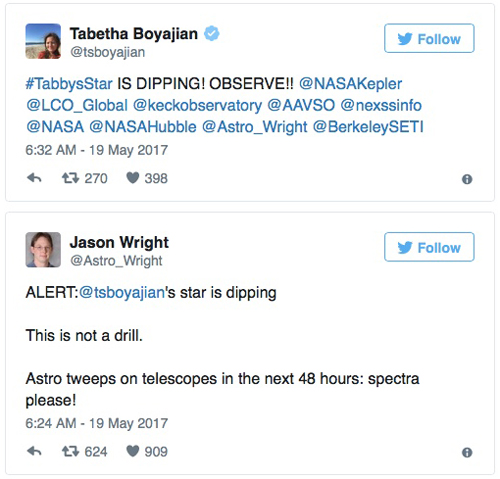 Astronomers still don’t know what is causing the dimming on the star in Cygmus, known as KIC 8462852, but they’ll have spectra data to look at soon, and there is still a strong indication that the dimming is caused by alien life.

Tabby Boyajian gave a seminar at the Center for Exoplanets and Habitable Worlds when the light anomalies first began. She shared some crazy light curves from Kepler spotted by her team of PlanetHunters: 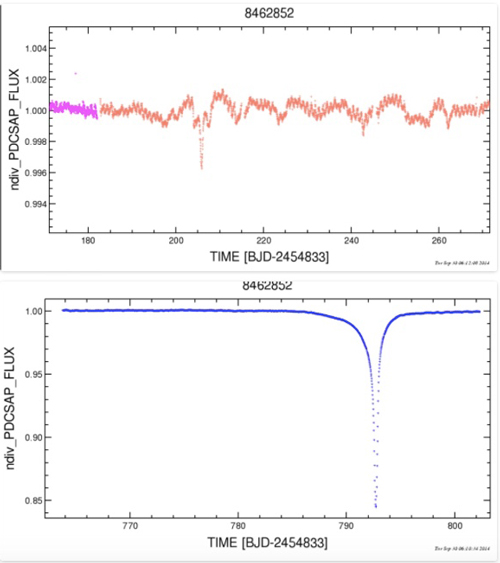 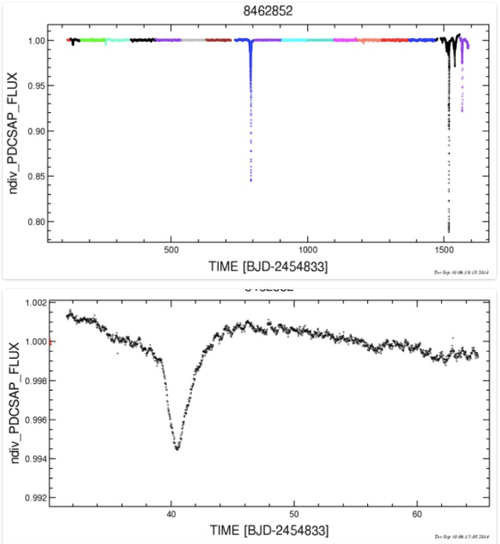 Jason Wright, an astronomer from Penn State University, published a report on the “bizarre” star system several years ago – suggesting the objects could be a “swarm of megastructures”. Wright wrote about his theory. Just imagine what he’s thinking now:
“One of the things that occurred to me is that a civilization that would build one megastructure would eventually build more. The star might be surrounded by them (a Dyson swarm). What would that look like?
If they were small, it might be a flickering, or even just a general dimming. But if they were very large, you would get dips. It would look maybe like Kenworthy and Mamajek’s giant ring system, but without the obvious symmetries.

An analogy would be watching the shadows on the blinds of people outside a window passing by. If one person is going around the block on a bicycle, their shadow will appear regularly in time and shape (like a regular transiting planet).
But crowds of people ambling by — both directions, fast and slow, big and large — would not have any regularity about it at all. The total light coming through the blights might vary like Tabby’s star.”

He told The Independent: “I can’t figure this thing out and that’s why it’s so interesting, so cool – it just doesn’t seem to make sense.”

G-20 in Hamburg. Feint Puppet ‘Rulers of the World’ Playing Kings. Well organized riots to serve the purpose of the rulers