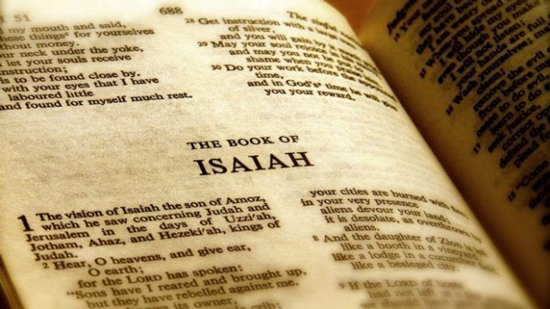 Archaeologists have discovered the first physical evidence of the prophet known as Isaiah, the Biblical figure from antiquity that is revered not only in Christianity and Judaism, but also Islam.

Isaiah’s words of wisdom are said to have helped King Hezekiah ward off an Assyrian invasion and protect the Kingdom of Judah, and the Book of Isaiah in the Bible is named after him. Now archaeologists believe they have found proof that the 8th century B.C. prophet is more than just a collection of apocryphal tales handed down the generations.

In an article published in the Biblical Archaeology Review, titled Is this the Prophet Isaiah’s Signature? an archaeologist named Dr. Eilat Mazar proposes that a 2,700 stamped clay seal discovered on the former site of a royal bakery near the secured, walled Temple Mount compound during an excavation in Jerusalem constitutes “solid proof of the existence of Isaiah”.

A prominent Israeli archaeologist from the Hebrew University in Jerusalem said: “We appear to have discovered a seal impression, which may have belonged to the prophet Isaiah, in a scientific, archaeological excavation.
We found the eighth-century B.C.E. seal mark that may have been made by the prophet Isaiah himself only 10 feet away from where we earlier discovered the highly-publicized bulla of King Hezekiah of Judah.”

Over the past several hundred years, the tiny thumbnail sized clay seal has faded and been chipped. Researchers however, believe the seal was once engraved with the phrase “belonging to Isaiah the prophet”. 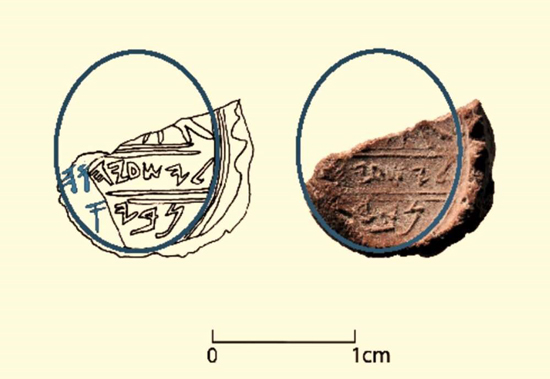 “Yesha‘yahu”, the Hebrew name for Isaiah, and then the word “Nvy” are reportedly clearly present on the clay seal. Researchers say the significance of this could be over-hyped, because the word Nvy could be a surname for a different Isaiah. However, if the Hebrew letter aleph ended the word Nvy, it would create the Hebrew word for “prophet”.

“Because the bulla has been slightly damaged at [the] end of the word ‘Nvy’, it is not known if it originally ended with the Hebrew letter aleph”, continued Mazar.
A few other hints can be readily found to suggest that this clay seal is no joke. It reportedly dates back to around the 7th century BCE: that is the exact era in which Isaiah is believed to have walked the Earth. Mere feet away from a similar seal apparently belonging to King Hezekiah, this clay seal was found. In the Book of Isaiah, this king’s reign is documented.

Isaiah is one of the most notorious figures from the Old Testament. The Kingdom of Judah was reportedly protected from an Assyrian invasion during the 8th century BCE. According to biblical text, Isaiah and his counsel helped the king protect the kingdom.
Religious texts are of course not always the most historically accurate. However, a lot of this constitutes quite compelling evidence to prove this really did happen. Certain passages of the Old Testament certainly seem to be historically accurate.