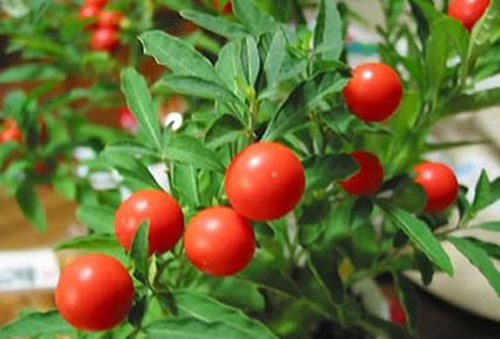 Ashwagandha is a medicinal plant from India used for centuries as a body tonic for general health of the body and mind. Adults supplemented with ashwagandha root extract had improved memory test scores, researchers in India found.

Ashwagandha has been used as an herbal remedy for hundreds of years to help the body deal with stress. It has also been used traditionally for pain relief and to treat skin diseases, diabetes, gastrointestinal disease, rheumatoid arthritis, epilepsy and many other conditions naturally.

Ashwagandha, also known commonly as Indian ginseng, poison gooseberry, or winter cherry is a plant that flourishes in India and North America. The roots of the ashwagandha plant have been employed for millennia by Ayurveda healers. Ashwagandha has many beneficial elements, including flavonoids and members of the withanolide class. Numerous modern studies have found that ashwagandha shows great promise for being effective in reducing inflammation, decreasing stress, increasing mental activity, invigorating the body, and as an antioxidant. It is even known to relieve arthritis better than medication.

Some lesser known benefits were published in the Journal of The International Society of Sports Nutrition including improvements in muscle strength, size, and recovery.

Dietary supplements that address cognitive function are increasingly in the limelight thanks to a growing aging population, as well as the gaming, tech, and fitness culture that’s making nootropics (substances that improve cognitive function, particularly executive functions, memory, creativity, or motivation, in healthy individuals) in vogue.

Ashwagandha root has been a part of the medicinal traditions of Ayurveda as a memory aid, wrote researchers of a new study published in the Journal of Dietary Supplements. In this current study, the researchers conducted what they claimed to be the first trial that looked at “the clinical impact of ashwagandha on the cognitive deficits seen in mild cognitive impairment”.

The study was conducted over eight weeks using a random-assignment, parallel-group, double-blind, placebo-controlled design. Clinical visits all took place at one centre, with participants being selected from different outpatient clinics in the city of Pune, India, who sought treatment for mild cognitive impairment.

To be included in the study, participants had to be aged 35 or older, have subjective symptoms of memory impairment, a previous diagnosis of early dementia or a score a certain amount in a mini-mental state examination, and the ability and willingness to provide informed consent.

Throughout the study period, other than ashwagandha root extract for the supplement group, the use of nootropic agents or anticholinesterase drugs were prohibited.

Preparing and assigning the supplements

The ashwagandha root extract used in this study was delivered in capsule form containing 300 mg of the aqueous extract.

For the placebo, starch capsules were kept in a cloth-covered envelope containing ashwagandha root so that the odour of ashwagandha permeated to the placebo capsules. The 50 recruited participants were randomized and divided into two equal groups.

The treatment group took two 300 mg capsules with water daily for eight weeks. The control group took an identical dose of the placebo capsules. Participants were evaluated at baseline, and twice again at the fourth and eighth weeks.

Participants were assessed using standardized tests for several memory types: immediate memory (the ability to remember a small amount of information over a few seconds), general memory (delayed recall of word lists, geometric designs, text, and faces), working memory (capacity to store information received from eyes, ears, and other sense organs in the immediate term).
They were also assessed for visuospatial processing and response, executive function, attention, and speed of information processing.

Study outcomes revealed that the ashwagandha group fared significantly better than baseline and the placebo group participants in terms of immediate and general memory test scores. There was also a great uptick in executive function, sustained attention, and information-processing speed.

According to the researchers, this may be from ashwagandha’s sedative properties, which “may be indirectly involved in improving memory and cognition in human subjects, as stress, anxiety, and sleep disorders can affect normal cognitive function”, they wrote.

The small sample size was one drawback of the study, and the researchers recommend a follow-up that is longer and with a larger sample to “confirm the promising results of this study”.