Athletes should eat ginger after working out to reduce pain 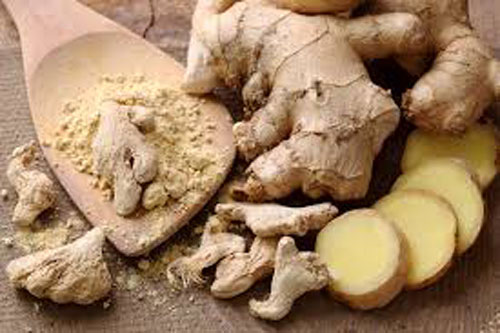 Muscle pain and soreness typically occur after exercise. According to a study published in the Journal of Dietary Supplements, these can be reduced by supplementing with ginger. The study, which was carried out by a researcher from the Old Dominion University in the U.S., looked at the effect of ginger supplementation on muscle pain and soreness caused by distance running.

Earlier studies reported that ginger root has pain-relieving properties, but these effects have not been thoroughly assessed in the context of distance running. In order to determine whether ginger root supplementation reduces muscle soreness and dysfunction from downhill running, the study author recruited 32 runners for the study. The participants received either 1.425 g of ginger root or placebo each day for five days. On the third day of the study, they completed a 40-minute downhill run.

Then, the researcher measured the participants’ muscle soreness, pain-pressure threshold, vertical jump, and 1.5-mile run performance before the treatment and at certain points throughout the five-day study period. He also compared the differences between ginger supplementation and placebo.

The results of the study revealed that runners who took ginger supplements experienced lesser muscle soreness while running compared to those who took the placebo. Ginger supplementation also had a possible small benefit on vertical jump performance before supplementation until the last day of treatment. However, it did not cause any significant effect on 1.5-mile run performance. With these findings, the study author concluded that runners may consume ginger root to reduce muscle pain and soreness.

More ways to relieve pain after an intense exercise

Delayed onset muscle soreness (DOMS) refers to the stiff, achy sensation you feel 24 hours or more after exercise. It is the result of torn muscle fibers caused by intense or new exercise. These tiny tears in the muscle signal the immune system to release white blood cells to begin the repair process. The white blood cells then release chemicals and enzymes that are thought to be the cause of the resulting muscle pain. Don’t be so quick to get your painkillers – there are treatments available for muscle pain without using prescription drugs. These include:

Rest: Muscle pain may be the body’s way of saying you need to reset. Taking a short break from your workout will give your muscles time to heal. Resting the injured area for a few days may also help prevent further injury. This is best for temporary muscle pain without much swelling.

Cold and warm compress: An ice pack has pain-relieving properties, so using it will help soothe your aches. After that, apply heat to your muscles to warm them up before an activity. Then, apply ice again to cool muscles down if they’re feeling uncomfortable.

Curcumin: Curcumin, the bioactive compound in turmeric that gives the herb its healing properties, is one of the safest and most effective natural anti-inflammatories and pain relievers you can take. Studies have shown that it is as effective or even more effective than drugs such as ibuprofen, acetaminophen, and other over-the-counter painkillers without any side effects. Curcumin can also be combined with other anti-inflammatory herbs, including black pepper, ginger, Boswellia, and Stephania tetrandra, for an even more powerful effect.

Discover a natural way to eliminate the threat of diabetes