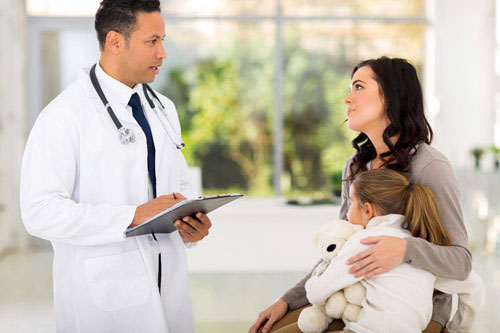 With all the hype from Big Pharma, federal and state health agencies and medical doctors regarding vaccines as being ‘safe’ with no adverse health problems from them, especially neurological, e.g., Autism Spectrum Disorder (ASD), the peer-review medical journal Frontiers in Psychiatry published on January 19, 2017 some rather implicating study results titled “Temporal Association of Certain Neuropsychiatric Disorders Following Vaccination of Children and Adolescents: A Pilot Case – Control Study.”

The study has five authors: one from the Department of Public Health Sciences, Pennsylvania State University College of Medicine and four co-authors from Yale Child Study Center, Yale University School of Medicine. One can’t get more mainstreamed than that!

However, the study results are not being lionized by the medical establishment. Interesting? Of course, because the researchers found implicating facts medicine and vaccinology do not want to own up to.

In the background section of the article, the authors are very careful to state a certain falsehood, in view of the CDC epidemiologist William Thompson, PhD, whistleblowing as to how he and other CDC researchers literally threw away incriminating evidence of the MMR vaccine being implicated in autism in young black boys under three years of age and did not include it in an official 2004 CDC report on vaccines and autism. Why did Obama grant Thompson immunity? Thompson still is working at the CDC and has never been made to testify before Congress!

Background: Although the association of the measles, mumps, and rubella vaccine with autism spectrum disorder has been convincingly disproven, the onset of certain brain-related autoimmune and inflammatory disorders has been found to be temporally associated with the antecedent administration of various vaccines.

Here’s where the authors go off the rails in their study:

Although the controversy over MMR vaccination and ASD still exists for some members of the public, this association has been convincingly disproven. On the other hand, the onset of a limited number of autoimmune and inflammatory disorders affecting the CNS has been found to be temporally associated with the antecedent administration of various vaccines.

The ASD association that has been “convincingly disproven” is a figment of their scientific imagination, since there have been many studies CDC has shanghaied into a different reality regarding vaccines and autism:

The infamous Simpsonwood Conference of June 7-8, 2000 where 52 honchos from CDC/FDA, Big Pharma and the World Health Organization powwowed in utter secrecy to figure out how to deal with CDC epidemiologist Verstraeten’s findings that vaccines were implicated in autism – the year: 2000. Dr. Verstraeten found seven times more autism in children who received ethylmercury-containing vaccines compared with those who didn’t! 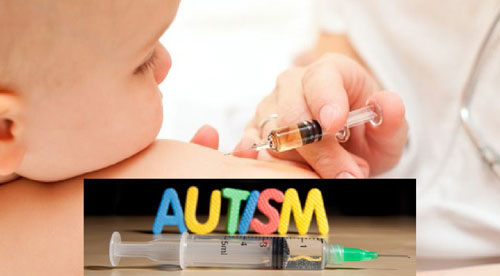 That’s what “Simpsonwood” was called to discuss:  the coverup. The conspiratorial clan agreed to send Dr Verstraeten back to the drawing boards to rework his findings, which he did, and viola! no vaccine and autism association. Here’s the 48-page transcript of that very incriminating meeting.

Just because CDC/FDA and others agree to conspire about fraudulent consensus vaccine science, does not mean the real science is not there, factually correct, but deliberately subverted for obvious and fraudulent reasons, which should be prosecuted by the Attorney General of the United States and by the U.S. Congress, who in some ways acts as an accomplice to these heinous child abuse crimes of injecting day-old infants and 2-4-6 month olds with neurotoxic vaccines!

Vaccinating should be nothing short of criminal chemical child abuse. Is there any difference between sexually abusing a child and/or injecting toxic chemicals and heavy metals into them?

Data have emerged indicating an association between the administration of the H1N1 influenza vaccine containing the AS03 adjuvant and the subsequent new onset of narcolepsy in several northern European countries.

AS03 is “Adjuvant System 03,” the trade name for a squalene-based immunologic adjuvant used in various vaccine products by GlaxoSmithKline (GSK). What is “squalene”? It is shark liver oil – 10.69 mg squalene in one dose of AS03! It seems pharmacology, and vaccinology in particular, can’t, or don’t want to, understand the differences between ingesting and injecting certain oils into the bloodstream, which happens when vaccines are given. Those oils bypass the digestive processes and cause damage; one can be anaphylaxis.

Peanut oil was used as an adjuvant at one time – Adjuvant 65 patented by Merck & Company. Is that why so many children have peanut allergies?

The opening comment under “Clinical Significance” states:
“These findings provide preliminary epidemiologic evidence that the onset of some pediatric-onset neuropsychiatric disorders, including AN, OCD, anxiety disorders, and tic disorders, may be temporally related to prior vaccinations.”

Temporally related! Isn’t the moon made of green cheese? What’s going on in this article, is something akin to creating a ‘fish with feathers’, e.g., trying to make a new reality. Fish have scales, not feathers, but if you can convince others that fish scales are some type of feather, well, you’ve won your argument and the science is set.

Current demographics regarding vaccine-related adverse health issues are so voluminous – especially neurological issues – that no one can ignore them any longer, not even medical schools like Penn State and Yale. However, there is one strange oddity: they only ‘tap dance’ around certain facts making enough noise about only what they want divulged, but not the real true scientific facts the CDC fraudulently – and deliberately – is withholding from the world.

Athletes should eat ginger after working out to reduce pain