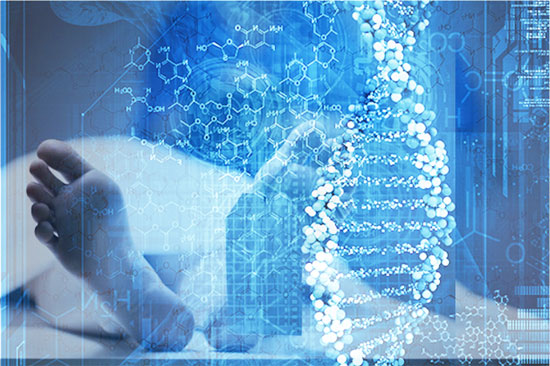 No, this is not something out of the X-Files and nor are the implications. Researchers at the American biotech firm Bioquark are working on a pioneering stem cell methodology that they think will give life to brain-dead patients.

In light of this research, there are the inevitable ethical implications when considering raising people from the dead. Besides this, bear in mind the ruling elite want immortality but they also want world depopulation. So it would be unlikely that they would allow any genuinely successful technology that gives life to the dead to be made publicly available.

Majority countries define brain-dead as the irreversible and permanent loss of brain function, which is used to confirm death. However, Ira Pastor Bioquark’s CEO and researchers claim that dead patients’ brains can be resurrected through extracting, harvesting and then re-introducing their own stems cells into the body. Various peptides will then be injected into the spinal cord, used in conjunctions with laser treatment and the stimulation of nerve cells. MRI scans will be used throughout the treatment to monitor the progress, attempting to reboot the patients’ central nervous systems, thus give life to the dead.

While patients are deemed technically dead due to the brain stem no longer working, a number of bodily functions such as the circulatory, respiratory and digestive systems still exist. So far, the research has been able to revive comatose patients.

Dead or comatose, the methodology works on the principle that unlike central nervous system cells the stem cells have substantial regenerative capabilities, especially when planted at the lower brain stem and upper spinal cord regions. Similar to the salamander (capable of growing entire limbs after severe damage) the stem cells can regenerate and remodel the central nervous system: Bioquark also claims that patients’ memories can be erased…

The project raises a number of ethical issues/concerns. What about consent? Indeed, a patient cannot give consent to anything if he is dead. If the patient had been informed and signed a legal document prior to death giving the okay for the treatment then that would be acceptable. However, how many patients would be in this circumstance considering the treatment is new, only in the developmental stage and not well-known?

How many know what they’d be letting themselves in for? What sort of quality of life would these people have after some sort of functionality is restored to their brains? For instance, would they come round only to have vague memories, not knowing who they are and not recognizing relatives or friends..?

Perhaps it would be better to decline the offer of becoming a ‘living subject’ for this medical science experiment because:

…you already are immortal

Modern-day medicine, with its narrow, mechanistic, material-based approach would not embrace the idea that who you really are is an immortal multi-dimensional conscious entity: Those who have had near-death experiences have claimed that when the body ceases to function we move out of our bodies and journey on.

Isn’t this one of a number of reasons to simply accept death and not engage in a medical research project that doesn’t allow nature to run its course?

Having an obsession with immortality, it’s more than apparent that the ruling elite don’t have the realization that all of us already are immortal. Whether it’s to do with transhumanism or through other technologies such as the hidden and suppressed cures to so-called incurable diseases, in achieving immortality the ruling elite will be entrapping themselves in a 5-sense 3-dimensional body prison.

It could be said that because of fixations with money and control they will not be able to transcend their consciousness; venture out into the great multidimensional experience where there’s a whole new reality.

Here’s an excellent video that very aptly sums up the ruling elite and where they are at with their ideas of immortality.