The rates of autism in Canada have skyrocketed over the last 10 years, as the prevalence of autism has increased 100%. It is the fastest-growing, most commonly diagnosed neurological disorder in Canada. The latest official research on autism has narrowed down the cause to both environmental and genetic mutation factors. The core question is: what is causing the influx of autism in our children?
Is it the vaccinations, the glyphosate in GMO’s or the processed goods and adulterated foods? If it is one of these things, why are they being allowed to continue?

The BC Centre for Disease Control recently found that the more flu vaccinations one has received over a lifetime, the less protection one has for subsequent flu seasons. In the study, researchers found that those who received flu vaccinations in 2012, 2013, and 2014 were more susceptible to new strains of flu.

Some doctors and scientists have expressed skepticism about vaccines, as well. Dr. Suzanne Humphries, who is board certified in Nephrology and also trained in Internal Medicine, came to the following conclusion: “My position is that vaccines are not guaranteed to be safe, that ongoing production problems do exist, that foreign animal DNA and chemicals are in the vaccines, which don’t reliably protect. The public is given a false sense of security over the safety and efficacy of vaccination. There is no literature on the safety of vaccinating the kinds of sick people I tried to protect.” 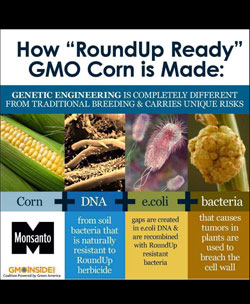 Dr. Stephanie Seneff, a research scientist at MIT, discussed the correlation she has found: “I’ve identified three or four different toxic chemicals that I think are crucial to the autism epidemic, and these are specifically the aluminum and mercury in the vaccines, but also glutamate in the vaccines, which people don’t realize. And in conjunction with glyphosate, which is the active ingredient in Roundup, the pervasive herbicide that is being used in huge amounts on the GMO Roundup Ready crops today. [There] has been a continually escalating usage of this chemical on the food crops – the core crops of the processed food industry, with almost zero regulation on how much residue is allowed. There’s regulation, but it’s hardly ever tested as far as how much is in the food. And so we don’t know how much we’re getting exposed to, but we can be sure we’re getting exposed to more today than we were previously because of the usage of Roundup on Roundup Ready crops has gone up exactly in step with the increase in autism. It’s a perfect match.”

Even some politicians question arbitrary vaccinations.
According to Your Newswire, Vladimir Putin has issued orders that Russia should be guarded against GMO food and Western pharmaceuticals at all costs. The report states: “We as a species have the choice to continue to develop our bodies and brains in a healthy upward trajectory, or we can follow the Western example of recent decades and intentionally poison our population with genetically altered food, pharmaceuticals, vaccinations, and fast food that should be classified as a dangerous, addictive drug. We must fight this. A physically and intellectually disabled population is not in our interests.”

Current US president Donald Trump has also expressed concern with the current methodology of vaccine dosing – most notably in the Republican presidential debate that aired on CNN.

Dr. Gary Kompothecras met Trump in 2012 at the Statesman of the Year dinner in Sarasota, Florida. A chiropractor and father of two vaccine-injured children, Kompothecras was placed at the head table with Donald and Melania Trump, and he relayed his story and his personal findings on vaccines to the Trumps. According to Kompothecras, they listened intently, and Donald even tweeted out a chart Kompothecras had shared about vaccines. 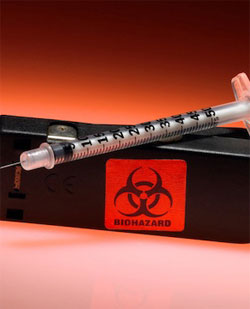 The tide of awareness is turning, and we should pursue the truth for our best possible health. Canadian physician Dr. Andrew Moulden recognized that every dose of vaccine given to a person produced microvascular damage, whether or not the person was aware of the damage or had debilitating symptoms at the time the vaccines were given. He courageously stepped out of the conventional box of medical diagnosis and treatment, and gave us a new way to look at modern neurodevelopmental illnesses and syndromes.

Dr. Moulden essentially provided clear scientific evidence to prove that every dose of vaccine given to a child or an adult produces harm. The truth that he uncovered was rejected by the conventional medical system and the pharmaceutical industry. Nevertheless, his warning and his message to America remains as a solid legacy of the man who stood up against big pharma and their program to vaccinate every person on the Earth.

Dr Andrew J. Moulden mysteriously died on November 4, 2013 at the age of 49. His death is shrouded in mystery. It is nearly impossible to find out any details of his death on the internet. After watching his videos, it’s not hard to see that he made powerful enemies with the pharmaceutical industry and organized medicine in order to warn humanity of what he had discovered and try to save future generations from being damaged by vaccines. Many anti-vaccination activists strongly urge parents to carefully study this information and to stop exposing their children to the lifelong damaging effects of vaccines.