If you have been following the public commentary from central banks around the world the past few months, you know that there has been a considerable change in tone compared to the last several years.

For example, officials at the European Central Bank are hinting at a taper of stimulus measures by September of this year (2018) and some EU economists are expecting a rate hike by December. The Bank of England has already started its own rate hike program and has warned of more hikes to come in the near term. 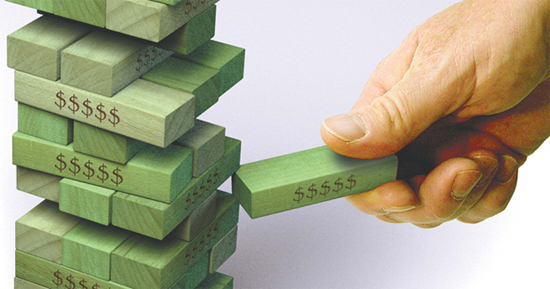 The Bank of Canada is continuing with interest rate hikes and signaled more to come over the course of this year. The Bank of Japan has been cutting bond purchases, launching rumors that governor Haruhiko Kuroda will oversee the long overdue taper of Japan’s seemingly endless stimulus measures, which have now amounted to an official balance sheet of around $5 trillion.

This global trend of “fiscal tightening” is yet another piece of evidence indicating that central banks are not governed independently from one another, but that they act in concert with each other based on the same marching orders.

That said, none of the trend reversals in other central banks compares to the vast shift in policy direction shown by the Federal Reserve.

First came the taper of QE (quantitative easing), which almost no one thought would happen. Then came the interest rate hikes, which most analysts both mainstream and alternative said were impossible, and now the Fed is also unwinding its balance sheet of around $4 trillion, and it is unwinding faster than anyone expected.

Now, mainstream economists will say a number of things on this issue – they will point out that many investors simply do not believe the Fed will follow through with this tightening program.

They will also say that even if the Fed does continue cutting off the easy money to banks and corporations, there is no doubt that the central bank will intervene in markets once again if the effects are negative.

This is rather delusional thinking based on a dangerous assumption; the assumption that the Fed wants to save markets.

When mainstream economists argue that the Federal Reserve could conceivably keep low interest rates and stimulus going for decades if necessary, they often use the example of the Bank of Japan (BOJ) as some kind of qualifier.

Of course, what they fail to mention is that yes, the BOJ has spent decades increasing its balance sheet which now sits at around $4.7 trillion (U.S.), but the Fed exploded its balance sheet to around $4.5 trillion in only eight years. That is to say, the Fed inflated a bubble as large if not larger than the Bank of Japan in less than half the time.

Frankly, the comparison is idiotic. And clearly according to their own admissions, the Fed is not going to be continuing stimulus measures anyway. People cling to this fantasy because they want to believe that the easy money party will never end. They are sorely mistaken, even if it is rather difficult to break through the narrative that the Fed will intervene before the next crash takes place.

There is something so intoxicating about the notion that central banks will stop at nothing to prop up stock markets and bond markets. It generates an almost crazed cult-like fervor in the investment world; a psychedelic high that makes financial participants think they can fly.

Of course, what has really happened is that these people have jumped off the roof of their overpriced condo; they think they are flying but they are really falling like a brick weighted down with stupidity.

“If stock prices or asset prices more generally were to fall, what would that mean for the economy as a whole?”

“I think our overall judgment is that if there were to be a decline in asset valuations, it would not damage unduly the core of our financial system.”

“Well, I don’t want to say too high. But I do want to say high. Price/earnings ratios are near the high end of their historical ranges…”

“Now, is that a bubble or is too high? And there it’s very hard to tell. But it is a source of some concern that asset valuations are so high.”

Since the middle of last year (2017), the Fed has been calling the stock market overpriced and “vulnerable.” This rhetoric has only become bolder over the past several months. Dallas Fed president, Robert Kaplan, dismissed concerns over the affect rate hikes might have on markets and hinted at the potential for more than the three hikes planned for 2018. The Dow fell 666 points that same day.

New York Fed’s Bill Dudley shrugged off concerns over recent volatility, saying that an equity rout like the one that occurred in recent days “has virtually no consequence for the economic outlook”.

Jerome Powell, the new Fed chairman, has said while taking the chair position that he will continue with the current Fed policy of rate hikes and balance sheet reductions, and reiterated his support for more rate hikes (while the mainstream media hyper-focused on his lip service promise to watch stock behavior closely).

This indicates once again that it does not matter who is at the wheel of the Fed, its course has already been set, and the Chairman is simply there to act as the ship’s parrot mascot. The Fed is expected to raise interest rates yet again in March.

Now, all the evidence including the Fed’s surprise balance sheet reduction of $18 billion in January shows that at least for now, the central bank no longer cares about stocks and bonds. 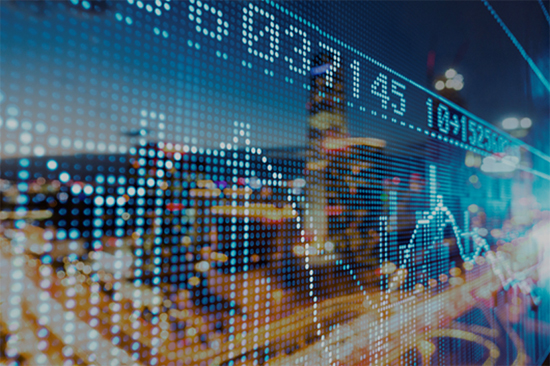 In the meantime, 10 year Treasury Yields are spiking to the ever present danger level of 3% after a hotter than expected inflation report, and the dollar index is plunging… showing us perhaps the first signs of a potential “stagflationary” crisis.

Bottom line – markets are not long for this world if yields pass 3% and the falling dollar provides yet another excuse for faster interest rate hikes. More rate hikes means eventually cheap loans will become expensive loans.

The question is, if the Fed is not going to feed cheap fiat into banks and corporations to fuel stock buybacks, then who is going to buy equities now?

What about corporations? Nope, not going to happen. With corporate debt skyrocketing to levels far beyond that seen just before the 2008 crash, there is no chance that they will be able to sustain stock buybacks without aid from the Fed.

What about retail investors? Many doubt it. Retail investors are the primary pillar boosting stocks at this stage in the game, but as we saw during the panic in February, it is unlikely that retail investors will maintain hands strong enough to refrain from selling at the first sign of trouble.

They do tend to hastily jump back into markets to buy every dip because for many years this simplistic strategy has worked, but if the Fed continues to back away from stimulus – and we have seen a few more incidences like the 1,000+ point drops of recent days – investor conditioning will be broken, and blind faith will be replaced by doubt.

What about the American consumer? Will consumer profits boost companies and give them and they stock shares a solid foundation? One can barely read that question without laughing out loud.

There was a time (it seems like so long ago) when company innovation and solid business strategies actually meant something when it comes to equities. Those days are over.

Now, everything is based on the assumption of central bank intervention, as central banks are pulling the plug on life support.

Beyond that, U.S. consumers are now buried in historic levels of personal debt.

What about the Trump administration’s latest $1.5 trillion infrastructure plan? Will this act as a kind of indirect stimulus program picking up where the Fed left off? Unlikely.

Perhaps if such a plan had been implemented eight years ago in place of the useless bank bailouts and TARP (Troubled Asset Relief Program), it might have made a difference. Though, a similar strategy did not work out very well for Herbert Hoover.

In fact, many of the Hoover-era infrastructure projects were not paid off for decades after initial construction. Hoover was also a one term Republican president that oversaw the beginning of the Great Depression.

The system is too far into debt and too far gone for infrastructure spending to make any difference in the economic outcome. Add to that the fact that Treasury yields are liable to continue their upward trajectory due to the increased deficit spending, putting more pressure on stocks.

Interestingly, Trump’s budget director has even admitted that the plan will lead to even faster increases in interest rates, and Fed officials have been using this as a partial rationale for why they plan to continue cutting off stimulus measures.

Anyone with any sense can see the narrative that is building here. The Federal Reserve is going to let markets crumble in 2018. They are going to continue raising interest rates and reducing their balance sheet faster than originally expected.

They will not step in when equities crash. And, they don’t really need to. Trump continues to set himself up as the perfect scapegoat for a bubble implosion that had to happen eventually anyway. Now, the central banks can sufficiently avoid any blame.