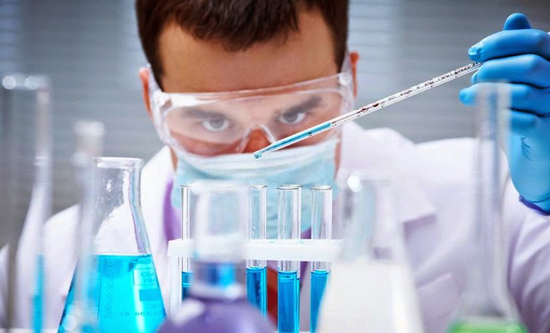 Are you living in a chemical matrix? Do you think the commercials on television for medications are real? Are you one of those people who believes cancer can be cured with a pill, a vaccine or a volatile chemical concoction that’s dripped into your blood? Are you that person who always says “Everything in moderation” and then goes about your merry way, eating fast food, getting flu shots, smoking cigarettes, drinking diet soda, and asking the oncologist if he sees any “dark spots” on your X-rays? That “dark spot” is your entire lifestyle, and if you don’t change it, no chemical medicine on planet Earth can save you – not now, and not ever.

Did you know that 75% of doctors, and especially oncologists, would never use chemotherapy on themselves or their relatives? Why? They know that there’s only a 2.3% average chance that it works, and for the rest of humanity, it destroys the entire human immune system and creates new cancers in the blood and body. It’s true; cancer is the uncontrolled growth and errant replication of cells that are exposed to an overload of chemicals, synthetics, heavy metal toxins and other carcinogens. Guess what’s in flu shots, diet soda and cigarettes?

Chemotherapy “alkylating agents” are composed of tetrazines and nitrogen mustards – chemicals that lead to other cancers. So, while you stave off certain bad cell divisions, you destroy healthy gut flora and the entire endocrine system, throwing off your hormonal balance and polluting the blood, heart and brain with carcinogens, which are what caused your cancer in the first place.

Formaldehyde is a dangerous environmental pollutant that is used to embalm dead people in order to preserve their corpses. Formaldehyde is ranked as one of the most hazardous compounds to human health, and can cause liver damage, gastrointestinal issues, reproductive deformation and respiratory distress. You thought you got a little bit of the flu when you got your flu jab? That was your reaction to the formaldehyde!

Formaldehyde is a well-established neurotoxin that is detrimental to learning, behavior and memory. The levels of formaldehyde in the brain increase substantially with most neurodegenerative disorders. Coincidence? Did you know that the CDC has the nerve to recommend flu shots to pregnant women? That is totally insane.

Scientists and vaccine manufacturers use formaldehyde to “deaden” or weaken the influenza virus strains, but those viruses can lay dormant for extended periods of time and then suddenly “wake up” when fed by viral proteins (hemagglutinin) in your blood, especially when the virus sticks to cells lining the respiratory tract. That’s when the virus sheds its “coat”. The viral RNA enters the nucleus of the host cell and literally hijacks it.

Injecting formaldehyde into the body can cause blindness, brain damage, seizures, and yes, even cancer. Flu shots can lead to facial paralysis, as explained in the “post-marketing experience” section on the vaccine insert. Have you ever read that insert?

Then, your body has to contend with massive amounts of mercury, which have been injected into your muscle tissue. Your body reacts violently as your immune system goes into a state of complete and utter panic. It’s called fight or flight. Why? Mercury is the most toxic non-radioactive element on Earth. According to the CDC, no amount of mercury injected into the body has been determined as being too much, but eating or drinking mercury (like in fish or water) is very dangerous. Flu shots still contain massive amounts of mercury, a most potent neurotoxin, listed as thimerosal. However, thimerosal is just a fancy name for an anti-fungal chemical compound (C9H9HgNaO2S) which consists of at least 50 percent mercury.

Mercury tests conducted on vaccines at the Natural News Forensic Food Lab using high-end laboratory instrumentation have revealed a shockingly high level of toxic mercury in an influenza vaccine (flu shot) made by GlaxoSmithKline (lot #9H2GX). Tests conducted document mercury in the Flulaval vaccine at a shocking 51 parts per million, or over 25,000 times higher than the maximum contaminant level of inorganic mercury in drinking water set by the EPA.

Cigarettes or diet soda – which gives you cancer faster? 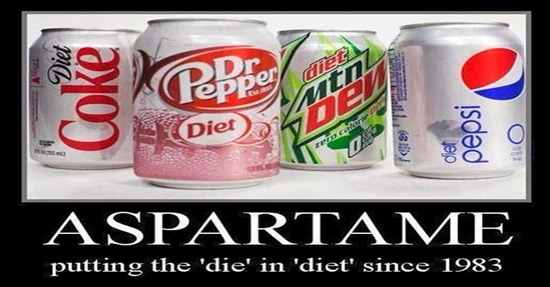 Artificial sweeteners are just that: artificial. That means your body is completely fooled into thinking it is food because it tastes sweet and it’s entering your body with other food or beverages. Some synthetic, lab-made sweeteners like aspartame, sucralose and sorbitol can remain inside your cleansing organs for weeks, months and even years. Aspartame has been found lodged in the brains of children. Aspartame’s toxic effects are cumulative, building up over time. This complex molecule is made up of 50 percent phenylalanine, 40 percent aspartic acid and 10 percent methanol, and each of these substances can be dangerous to humans as they work together in the body. In children with the PKU phenylektoneuric gene (PKU), aspartame damages the developing brain.

Cigarettes, on the other hand, are loaded with formaldehyde, pesticides, fiberglass (it’s in the filter), aluminum and other deadly heavy metal toxins.
The new Splenda Essentials cleverly adds vitamin B and antioxidants to its core ingredient sucralose, a non-nutritive sweetener that does not grow in sugar fields, but is rather manufactured in laboratories as a synthetic compound. That’s right: at some point during the manufacturing process, the natural sugar disappears, and what remains are chlorinated atoms that are bulked up with dextrose and maltodextrin.
You see, sucralose is produced by substituting three chlorine atoms for three hydroxyl groups. Sucralose is not approved for use in most European countries, where national healthcare programs are prominent. Go figure.

So, now you’re asking: what’s the big deal with ingesting synthetic food agents? The Japanese Food Sanitation Council reports that up to 40% of ingested sucralose is absorbed and can concentrate in the liver, kidney and gastrointestinal tract. Can you say “Irritable bowel syndrome, ulcers and cancer polyps” three times, really fast?

The one and only Robert F. Kennedy, Jr., who was named one of Time magazine’s “Heroes for the Planet” in May of 2010, authored an incredible, mind-blowing book entitled Thimerosal: Let the Science Speak: The Evidence Supporting the Immediate Removal of Mercury – a Known Neurotoxin – from Vaccines, and has been in discussions with President Donald J. Trump to be appointed to run the new Vaccine Safety Commission for the United States of America (which, after almost one year, still didn’t happen).

Let’s all stop eating, drinking and injecting chemicals while pretending it’s fine – because it’s not fine. Find organic truth in everything, from food to medicine. It’s out there.

Monks With ‘Superhuman’ Abilities Show Scientists What We Can All Do