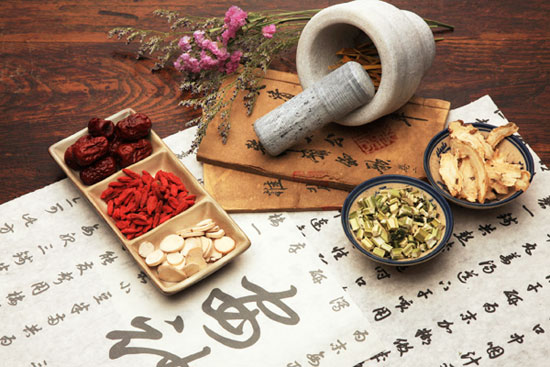 According to the World Health Organization, 80% of the world’s population uses herbal medicine. Are these hundreds of millions of people simply deluded by superstitious nostrums, as Wikipedia and so-called “skeptics” imply?

Modern conventional medicine has increasingly become a culture of scientific and historical denialism. Although claiming to be an objective discipline of consistent progress, the medical establishment more often than not denies the insights, discoveries, medical systems and methodologies of the distant past and non-Western cultures. Rather, Western medicine is racing more rapidly towards a retro-future with a blind faith in the promises of new engineered, synthetic drugs. Sadly, this pursuit is misconstrued as synonymous with important medical breakthroughs and the evolution of scientific medicine in general. Yet as the statistics show, modern medicine is on a collision course with itself. This is most evident in the increasing failures conventional medicine faces in fighting life-threatening diseases and the annual increases in iatrogenic injuries and deaths.

Upon graduation, every new physician repeats “I will not give a lethal drug to anyone if I am asked, nor will I advise such a plan.” The Oath composed by the wise Greek medical sage, Hippocrates, goes on to say “I will use those dietary regimens which will benefit my patients according to my greatest ability and judgement, and I will do no harm or injustice to them.” Hippocrates was a naturalist. Unlike physicians today, he was expert in the healing powers found in the natural world and was a keen observer about the health benefits of different foods, plants and herbs. However, modern allopathic doctors are not only largely ignorant about the natural world but also the epigenetic, environmental and behavior causes of diseases and the means to prevent them. They have also removed themselves from honoring the Hippocratic Oath.

How well has modern medicine lived up to its Oath? Adverse drug events (ADEs) are rising. They have become a plague upon public health and our healthcare system. As of 2014, prescription drug injuries totaled 1.6 million events annually. Every day, over 4,000 Americans experience a serious drug reaction requiring hospitalization. And over 770,000 people have ADEs during hospital stays. The most common ADEs are hypertension, congestive heart failure, atrial fibrillation, volume depletion disorders and atherosclerotic heart disease. According to the Centers for Disease Control, in 2016 there were 64,070 deaths directly associated with prescription overdoses; this is greater than the number of American soldiers killed during the entire Vietnam War. For 2017, the CDC reported over 42,000 deaths from prescription opioid drugs alone. Yet this figure is probably much higher due to the CDC’s practice of reporting statistics very conservatively and many cases not getting properly reported. So when we consider that there were over 860,000 physicians in the US practicing in 2016, potentially most physicians in America have contributed to ADEs.

No legitimate and highly developed alternative or natural medical practice has such a dismal track record of illness and death. Nevertheless, when a rare ADE, poisoning or death occurs, skeptics in the radical fringe Science-Based Medicine (SBM) movement, who rabidly oppose Complementary and Alternative Medicine (CAM) and Traditional Chinese Medicine (TCM), are quick to report the incident as a national crisis and condemn the use of traditional natural medicine altogether. Yet if we look at the potential number of iatrogenic injuries and deaths over the last four decades since the start of the pharmaceutical and biotechnology boom in the late 1980s, we are looking at over 60 million ADE incidences caused by conventional Western medicine alone. This is nothing celebrate and no concerted national effort within the medical establishment nor among the followers of SBM is being made to challenge the dominant medical paradigm responsible for this crisis.

According to the World Health Organization, 80% of the world’s population uses herbal medicine. And this trend is increasing exponentially. Skeptics have few viable and rational explanations to account for this trend. Since they regard traditional herbal medical systems as quackery, everyone experiencing relief or having a successful treatment from botanicals is simply having a placebo effect conversion experience. Fortunately in the US and other Western nations, the public is rapidly losing its trust and satisfaction with conventional Western medical practice and is seeking safer alternatives. With healthcare costs escalating annually and prescription ADE’s on the increase as more and more drugs are fast-tracked through federal regulatory hurdles, relying solely upon allopathic medicine is a dangerous bargain.

Dr. Dominic Lu at the University of Pennsylvania and president of the American Society for the Advancement of Anesthesia and Sedation recommends that Chinese herbal and Western medicine might complement each other if we make the effort to investigate their synergistic therapeutic effects. Lu believes oriental concepts of human anatomy should be further included in higher educational health science curriculums. In addition, we would also note that with conventional medicine in a crisis people are accessing the numerous resources on the internet to educate themselves about the medicinal properties of plants, herbs, supplements and foods as part of their personal therapeutic protocols.

Wikipedia has a noteworthy amount to say about traditional Chinese herbal medicine. However, its major criticisms rely heavily upon five-plus year old reviews of the peer-reviewed research. Some references in fact have nothing to do with Chinese herbology. The majority of clinical research into Chinese botanicals and medical preparations are only found in Chinese databases. Therefore, Western analytical reviews, including the Cochrane reports, are extremely limited, inconclusive and biased. Critics of TCM frequently criticize published Chinese research as “incomplete, some containing errors or were misleading.” These are the same skeptic criticisms Wikipedia levels against traditional herbal medical systems in general. With over 181,000 peer-reviewed research papers and reviews listed in the National Institutes of Health PubMed database referring to TCM, it is ridiculous and disingenuous to assume Wikipedia’s editors have scoured this massive body of science to make any sound judgement about TCM’s efficacy.

Under the heading Chinese Herbology, Wikipedia states: “A Nature editorial described TCM as ‘fraught with pseudoscience’, and said that the most obvious reason why it has not delivered many cures is that the majority of its treatments have no logical mechanism of action… Research into the effectiveness of traditional Chinese herbal therapy is of poor quality and often tainted by bias, with little or no rigorous evidence of efficacy.”

Nature’s editorial, which reflects the same ill-informed opinions frequent in skeptical criticisms about natural health, does not cite any research to support its sweeping prejudiced opinion. The editorial is primarily a diatribe against the growing popularity of traditional medicine in the Chinese domestic market, estimated by the Boston Consulting Group to be worth $13 billion in 2006. In addition, as noted above, Wikipedia’s sources include a review of herbal medicine published in the South African Medical Journal that only looked at six African botanicals, none which are part of the Chinese pharmacopoeia. 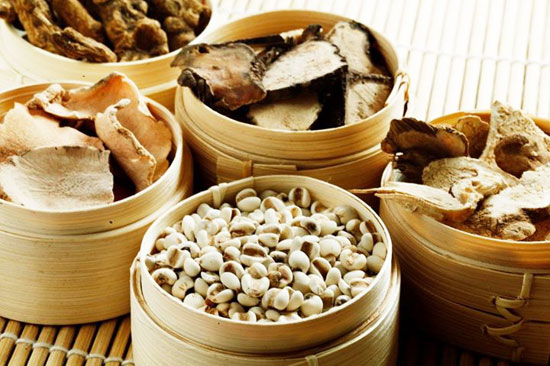 We would be negligent to not state a serious concern that readers should be aware of regarding Chinese medicinal herbs and preparations. This has been rightly noted by the SBM writers and Wikipedia; that is the high levels of toxic contaminants, notably arsenic, lead and other toxic chemicals found in Chinese herbs and formulas being exported. However Wikipedia fails to note the real reasons for this warning. Rather it frames caution as a means to discredit Chinese botanical medicine altogether. The export of toxic herbs is largely due to the enormous and out-of-control environmental problem including toxic atmospheric particulate matter from over-pollution, toxic dumping and waste spills in water supplies and poor agricultural practices. However, in some countries such as Japan and Taiwan, federal regulations for the import and export of medical botanicals are stricter and clean, non-toxic botanical herbs and preparations are readily available. There remain very reliable sources for getting highly quality grown Chinese herbs.

One of SBM’s leading spokespersons, David Gorski, would like us to believe that Mao Tse-tung should be condemned for restoring traditional Chinese medicine in mainland China. But this is a blatant half-truth. In fact, Gorski and his colleagues have far more in common with Chairman Mao based upon the historical facts. It was during Mao’s reign that classical Chinese medicine took an enormous leap backwards. The ancient system was originally banned during the Chinese Nationalist movement in the early 20th century because its leaders believed the old ways were preventing the nation from modernizing.

Mao initially made a small effort to restore the practice when he came to power. However, it was after the Communist Revolution when Mao turned against traditional medicine. The Cultural Revolution again outlawed the practice. Traditional doctors who retained the most extensive knowledge and wisdom about classical Chinese anatomical theory and knowledge of medicinal herbs were systematically gathered for Communist conversion programs, imprisoned and/or killed. TCM nearly died out altogether from the mainland. Years later when the Communists attempted to resurrect the ancient medical wisdom, only a few hundred doctors could be found throughout the country with sufficient knowledge to start TCM anew. Yet Mao remained ambiguous. He wrote: “Even though I believe we should promote Chinese medicine… I personally do not believe in it. I don’t take Chinese medicine.”

Unfortunately, what is commonly called Traditional Chinese Medicine (TCM) today is a partial reconstruction of the original ancient system that had developed over thousands of years. Much has been lost. The government’s effort failed. According to Dr. Brigetta Shea, “once the government decided to reinstate some form of China’s traditional medicine, they did it with an emphasis on combining it with Western medical theory. This shifted even acupuncture theory, as Western anatomical teaching was adopted and esoteric subtle anatomy was discarded.”

The result has been that TCM today is a mere shadow of what it was in the past, and is little more than a watered down system contaminated with Western reductionist medical theories. Fortunately, growing interest in TCM is inspiring young researchers and practitioners to travel to China, Taiwan, Japan and Korea to try to recover the more ancient classical medical teachings that were not included in the standardized TCM curriculums.