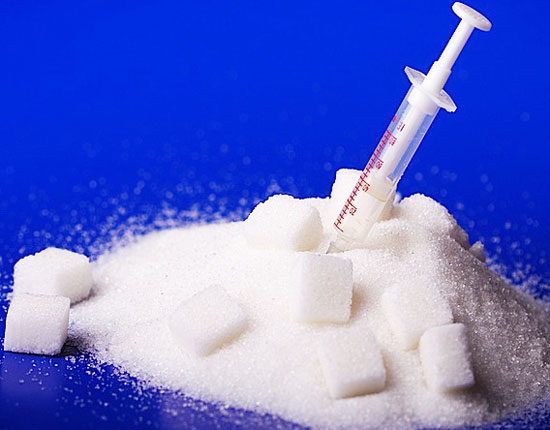 Thousands of studies spanning many decades show excess sugar damages your health, yet the sugar industry successfully buried the evidence and misdirected the public with manipulated science. According to the sugar industry, sugar is a harmless source of energy and may even be an important part of a healthy “balanced” diet.

Dr. Cristin Kearns, a dentist and fellow at the University of California, made headlines when she published a paper detailing the sugar industry’s historical influence on dietary recommendations. Evidence also shows how the sugar industry influenced the scientific agenda of the National Institute of Dental Research (now the National Institute of Dental and Cranial Research), which back in 1971 created a national caries program, downplaying any links between sugar consumption and dental caries.

The documentary Sugar Coated – which features Kearns, investigative journalist Gary Taubes, author of The Case Against Sugar, and Dr. Robert Lustig, a leading expert on sugar metabolism and obesity – investigates the sugar industry’s once secret PR campaign, showing how it normalized excessive consumption by deflecting evidence implicating sugar as a cause of ill health. As noted in the film’s summary: “In order to continue sweetening the world’s food supply, thus securing continued profits, the sugar industry turned to the very same deceptions and tactics lifted from the tobacco industry. Using big sugar’s own internal documents on this strategy, ‘Sugar Coated’ reveals the well-oiled tricks of the trade to confuse the public about what is really driving the global pandemic of obesity, diabetes and heart disease.”

Processed Food Is the Primary Source of Added Sugars

In the past three decades, obesity rates have doubled and Type 2 diabetes has tripled. How did this happen? Evidence implicating sugar has steadily mounted, but as noted by Taubes, definitive proof has remained elusive. The lack of indisputable proof – and the manufactured lack of consensus – is what has kept the sugar industry motoring forward, at each turn deflecting suspicions by pointing out conflicting evidence.

Fueling uncertainty has been the primary defense strategy that has allowed the sugar industry to thrive while health statistics plummet. “If the evidence gets definitive, they’re done” Taubes says. Lustig, a pediatric endocrinologist, teaches that sugar – when consumed in the excess amounts we’re consuming today – acts as a metabolic poison.

Lustig doesn’t really see himself as the “anti-sugar guy” stressing he’s really anti-processed food. The thing about processed foods is they contain massive amounts of added sugar. Seventy-four percent of packaged foods contain added sugars, which hide under 61 different names, many of which are unfamiliar. Examples include barley malt, dextrose, maltose and rice syrup, just to name a few.
Metabolically, however, there’s no difference between these sugars, Lustig says. Even health foods and baby foods can contain shockingly high amounts of processed sugars. Take Krave Jerky, for example. A modest size bag (3.5 ounces) of Krave Chili Lime Jerky contains a whopping 39 grams of sugar.

Lustig stresses it’s the excessive consumption of sugar that is dangerous, not the sugar in and of itself. But how much is too much? At which point does it become a “poison”? Sugar in “moderation” he says, would be 6 to 9 teaspoons (25 to 38 grams) of added sugar a day.

This is about the max that your body can safely and effectively process. Europeans consume, on average, 17 teaspoons of added sugar a day. The American average is 19.5 teaspoons a day. For historical perspective, in 1812, people ate approximately 9 grams or just over 2 teaspoons of sugar per day.

The risk was nearly tripled among those who consumed 25 percent or more of their calories from sugar. That means at least 10 percent of the adult population in the U.S. are in this tripled-risk category.
Type 2 diabetes and heart disease are not the only ramifications of a high-sugar diet. By triggering insulin resistance, excessive sugar consumption drives virtually all chronic diseases, including nonalcoholic fatty liver disease, cancer and dementia. Research shows even mild elevation of blood sugar – a level of around 105 or 110 – is associated with an elevated risk for Alzheimer’s.

Moderating your sugar intake is extremely difficult, if not impossible, if you’re eating processed foods and snacks. The film shines much needed light on the fraud that passes for “healthy snacks”, such as fruit gummies, which contain sugar derived from concentrated fruit juice, water and a few added vitamins. While the sugar is derived from fruit, there’s nothing left of the nutrients in the whole fruit. You might as well just give your child a few sugar cubes. There’s really no difference.

How and Why Sugar Replaced Fat

The records unearthed by Kearns reveal that as far back as 1964 – a time when researchers had begun suspecting a relationship between high-sugar diets and heart disease – John Hickson, a sugar industry executive, introduced a plan for how to influence public opinion. Using the same tactics employed by the tobacco industry, Hickson’s plan was to counter adverse findings with industry-funded research, along with directed “information and legislative programs”. “Then we can publish the data and refute our detractors” he wrote.

One of the strategies used to deflect accusations that sugar caused disease was to shift the blame to saturated fat. In the early 1970s, the sugar industry faced proposed sugar legislation that would impose limits on the sweet stuff.
They also worried about the potential impact of Pure White and Deadly: How Sugar Is Killing Us and What We Can Do to Stop It, a book published in 1972 by British nutritionist John Yudkin, in which he presented decades of research pointing at dietary sugar, not fat, as the underlying factor in obesity and diabetes.

As proposed by Hickson, the sugar industry countered Yudkin’s work with a secretly funded white paper called Sugar in the Diet of Man, which claimed sugar was not only safe but actually important for health. Again, the key to success laid in preventing a consensus from taking root. As long as there was confusion and uncertainty about sugar’s role in health, regulators were forced to give sugar a free pass.

Sugar Apologists and Defenders Bought and Paid for by Industry 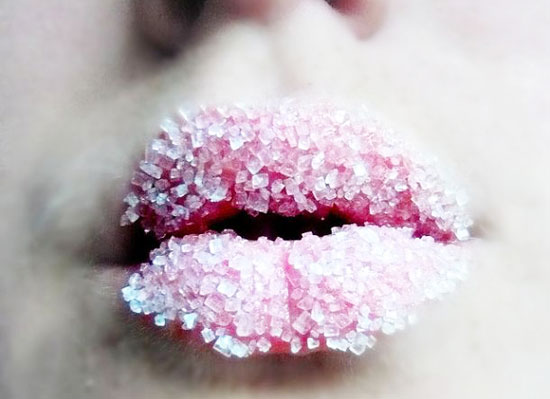 Dr. Fredrick J. Stare, who chaired the department of nutrition at Harvard, played a key role in defending the sugar industry and disseminating its propaganda, all while hiding his close ties to the industry. Stare spoke out against critics on radio and television, claiming breakfast cereal with milk was a healthier breakfast choice than bacon and eggs, for example.

Another major sugar apologist was Ancel Keyes who, with industry funding, helped destroy Yudkin’s reputation by labeling him a quack. The smear campaign was a huge success, bringing sugar research to a screeching halt.
Another Harvard-based nutrition scientist identified in Kearns’ historical analysis as someone paid to produce research for the sugar industry was Mark Hegsted, Ph.D. In 1977, while heading up the nutrition department at the United States Department of Agriculture, Hegsted helped draft an early document that eventually became the U.S. dietary guidelines.

In the decades since, U.S. health officials have urged Americans to adopt a low-fat diet to prevent heart disease; as a result, people switched to processed low-fat, high-sugar foods instead. This, it turns out, is the real recipe for heart disease, yet by taking control of and shaping the scientific discussion, the sugar and processed food industries managed to keep these facts under wraps all these years. The end result is clearly visible in the health statistics of today.

With saturated fat enlisted as the dietary villain, the processed food industry had to figure out how to remove the fat while maintaining taste. The solution was to add sugar. The ill-advised low-fat craze is a major reason why processed foods are loaded with so much added sugar. Another reason has to do with the creation of food addiction.

The food industry goes to great lengths to scientifically calculate the exact combination of ingredients that will make you crave a product, known as the Bliss Point. Howard Moskowitz, Ph.D., a longtime food industry consultant, is known as “Dr. Bliss”. A Harvard-trained mathematician, Moskowitz tests people’s reactions and finds the optimal amount of sugar for a product.

Moskowitz’s path to mastery began when he was hired by the U.S. Army to research how to get soldiers to consume more rations in the field. Over time, soldiers were not consuming adequate rations, finding their ready-to-eat meals so boring that they’d toss them half-eaten, and not get all the calories they needed. Through this research, Moskowitz discovered “sensory-specific satiety”. What this means is big flavors tend to overwhelm your brain, which responds by suppressing your desire to eat more.

However, this sensory-specific satiety is overridden by complex flavor profiles that pique your taste buds enough to be alluring, but don’t have a distinct, overriding single flavor that tells your brain to stop eating. The magic formula gives you “the bliss point”, enabling the processed food industry to make very deliberate efforts to get you to overeat.