Cardiovascular diseases (CVDs) are multifactorial disorders which are characterized by multiple metabolic dysfunctions. CVDs are the major cause of mortality and morbidity in the world.

Data published in the PubMed-listed International Journal of Preventive Medicine indicated that 20 grams per day of garlic and one tablespoon of lemon juice produced significantly greater reductions in total cholesterol, LDL-cholesterol, and fibrinogen compared to garlic alone, lemon juice alone, or control. 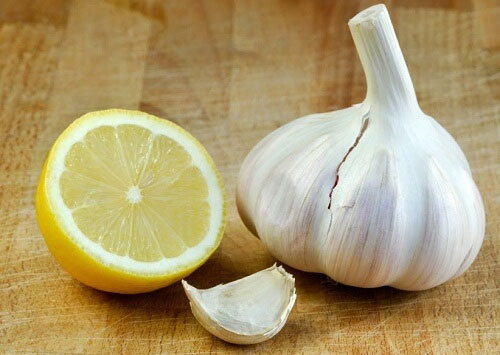 With their unique combination of flavonoids and sulfur-containing nutrients, allium vegetables – such as garlic – belong in your diet on a regular basis. There’s research evidence for including at least one serving of an allium vegetable – such as garlic – in your meal plan every day. Raw honey garlic lemon shots are known as an effective method to supercharge your immune system.

The combination was also associated with significant reductions in blood pressure, but only compared to the lemon juice only and control groups, which supports the cardiovascular benefits of garlic. Indeed, a recent meta-analysis of seven randomized controlled trials concluded that garlic supplements could reduce systolic and diastolic blood pressure by an average of 6.71 mmHg and 4.79 mmHg, respectively (Phytomedicine, Vol 22, pp. 352-361).

Scientists from the Isfahan University of Medical Sciences in Iran recruited 112 people with elevated blood lipid levels (hyperlipidemic) to participate in their parallel-designed randomized controlled clinical trial. Participants were randomly assigned to one of four groups. The first group received the combination intervention; the second group received 20 grams per day of fresh garlic; the third group received one tablespoon lemon juice per day; and the final group did not receive any intervention.

After eight weeks of intervention, the results showed that the combined garlic and lemon group experienced significant reductions in total cholesterol, LDL-cholesterol, and fibrinogen, compared with the other groups.

In addition, greater reductions in systolic and diastolic blood pressure was observed for the combination and garlic only groups, compared with the other two groups.

The Iranian researchers also detected a greater reduction in BMI in the mixed group compared with the lemon juice and control groups.

Beware of the Banksters: Three Banking Syndicates Want to Enslave You (I)