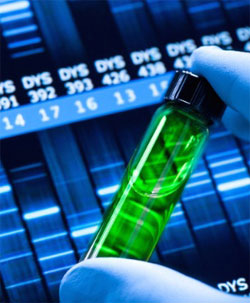 The vaccine debate rages on, with some vehemently pro and others vehemently against vaccine mandates and toxic ingredients. The mainstream media and medical community would have us believe that vaccines are 100 percent effective and 100 percent safe, 100 percent of the time. Anyone who has ever taken the time to read a vaccine insert can tell you that such a claim is simply not true. Nonetheless, the media and most U.S. states continue to push hard for every citizen to be immunized with a long list of vaccines that often contain hazardous ingredients (such as mercury and aluminum).

Though 47 U.S. states allow vaccine exemptions, it is becoming increasingly difficult to obtain such an exemption for religious or personal reasons. Many states will only grant an exemption if a child is allergic or has some other health reason – a compromised immune system due to chemotherapy, for example. The decision not to vaccinate can have far-reaching implications for a family in terms of access to schooling and other issues.

The three vaccines which are touted as being the most important, since they are for the most common and supposedly most easily preventable diseases, are: The MMR vaccine (mumps, measles and rubella); the DTaP vaccine (diphtheria, tetanus and whooping cough); and the varicella vaccine (chickenpox).

Four of the states have really pushed for all three vaccinations, namely Maine, Rhode Island, Massachusetts and Nebraska.

According to the American Academy of Pediatrics, other states which have thrown their full weight behind immunization programs are:

The mainstream media continues to insist that vaccination offers “herd immunity,” and that those who refuse to inoculate their children are compromising the health of the community in general. CBS News , for example, notes, “U.S. medical experts spoke with CBS News for World Immunization Week (April 24 – 30) and raised concern about the number of Americans who still aren’t vaccinating their children or getting their own shots, which continues to fuel preventable disease outbreaks.” 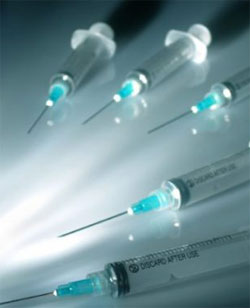 The article then goes on to reference the huge increase in the number of mumps cases in the U.S. in recent years – up from 229 cases in 2012, to 5,748 cases in 2016. It also notes that colleges have been particularly hard hit.

While it is true that the number of mumps cases on college campuses has been increasing dramatically , it is simply not true to blame this on the people who are choosing not to inject themselves or their children with these toxic shots.

The CBS article claims, “The MMR vaccine doesn’t offer total protection, but after two doses, 97 percent of people are protected, say experts. Immunization resulted in a 79 percent drop in measles deaths between 2000 and 2015 worldwide.”

Is that true? Well, let’s look more closely at some of the campus outbreaks.

These examples fly in the face of the “herd immunity” theory, which states that if a very high percentage of people in a community are vaccinated there won’t be enough vulnerable people left to spread the disease, thereby ensuring that everybody is protected. If that theory were true, the Harvard and Missouri cases could never have taken place.

Though evidence is mounting that vaccines are far less effective than we have been led to believe, many are pushing for even more vaccinations to be added to the schedule. In spite of the MMR vaccine’s links to autism and other serious health problems, vaccine advocates like Dr. Paul Offit insist that adding a third MMR shot to the schedule will solve the problem.

Anyone who dares to look at the situation objectively is sure to realize that there has to be some other motivation behind the push for this ever-increasing number of vaccinations.