“The Plan” Began With a Betrayal in the Korean War 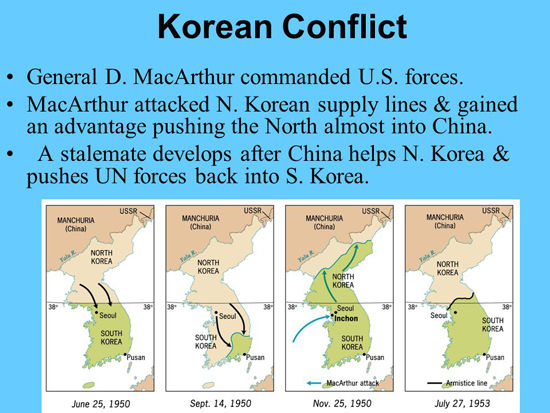 You are about to see an excerpt from the Drake interview that details part of what we may expect to see when the mass arrests happen.
If you read the full story, it begins with Drake seeing a five-inch-thick briefing document in 1979 called The Plan, which outlined a blueprint for mass arrests.
This document had been secretly developed ever since a huge betrayal against the US military occurred in the Korean War.

US generals realized that battle plans they were required to report to the United Nations were being intercepted by the enemy in North Korea.
This led to massive soldier deaths by ambush. North Korea knew way too much about where the soldiers would be, and when they would arrive. It was devastating.
Through seeding misinformation in their battle plans, the US military discovered that the UN was leaking this data to North Korea. It was unimaginable treason.

The legendary G. Edward Griffin covered this story of treachery in his classic book, The Fearful Master, from 1964.
Copies are available on Archive.org and in PDF form, but nothing beats having a physical book in your hands.

John F. Kennedy was deeply aware of the massive briefing document they called The Plan. He had tried to carry it out, only to pay the ultimate price.
The binder was already five inches thick by the time Kennedy saw it in 1961 or thereabouts.
Pete Peterson had many specific details about the same binder, and its contents, when I started speaking to him in 2009.
I was very glad to find someone else who knew about this, and published the interview with Drake immediately.

Let’s Begin With the Drake Excerpt about “The Plan”

Let’s pick up at the point where Drake tells us what he read in the five-inch binder for The Plan, and the discussion he had about it with top military officials:

DK: The Plan was simple. The military was willing to back, with civilian authority, a resurrection of what we started out with, originally, in terms of [de jure] government…
DK: Now, The Plan is this. The military will back [the civilians]… and believe me, you’ve got to have the military involved. Whether you like it or not, it doesn’t make a difference…
The military backs us up by way of federal Marshals [U.S. Marshals], who contact local law enforcement.
Local law enforcement actually makes the arrests….

No Coup, No Direct Military Action, and No Martial Law

DK: This does not include any military coup. It does not include any military action, and it does not include martial law.
None of that is going to happen.
What is going to happen is you will see federal Marshals backing up local law enforcement, taking people into custody.
There may be a stand of troops – in case they need extra bodies to snatch somebody that decides to run.
Or, let’s say there’s a whole bunch of people in a building, and they didn’t know there were 7,000 of them in there.
You’re going to need an extra hand in order to incarcerate all these people, put them on the bus and send them wherever they need to go.
So the military will act in a backup fashion, in some ways….

The Intent and Purpose Is To Minimize Chaos

DK: What’s happening is this – the intent and purpose of this plan was to minimize the chaos involved in the action.
Now, when you arrest several thousand people in a city, it’s going to create a little bit of a hubbub.
People are going to see the military. They’re going to see a lot of policemen doing their jobs – and this will be on video.
I mean you’re going to have CNN and all the local news people. Everybody is going to have some kind of video of this stuff.

Will The Policemen Be In Riot Gear? 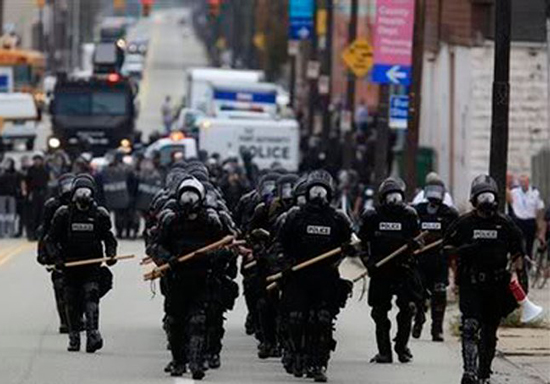 DW: And I assume these policemen will probably be in riot gear, which will have black uniforms and scary-looking stuff.
DK: Maybe. That depends on whether or not they expect problems with who they’re dealing with. Generally no, because it’s not a riot situation.
DW: Okay.
DK: It could turn that way. They’ll bring the gear. I mean, it’ll be in the trunk, most likely….
The Plan, basically, is to arrest these people. No destruction. No firefights. No gunplay or any kind of violence, if possible.
The idea of this is – no chaos, no violence, and a legal way to do it – a lawful manner in which to conduct the operation….
DK: The Plan also offers protections of keeping the lights on, making sure the Internet works, that the phone works, you can flush the toilet, you can go to work and not have to worry about it….

FEMA Camps Will Be Used To Hold Those Who Are Arrested

DK: There are [laughs] a considerable number who need to be removed from office or their responsibilities: contained, retained and arrested.
Now my understanding is they’re planning to populate the FEMA camps with all these dinks. And I feel that’s appropriate.
They built them for us. Now you can go take a camping trip in them. [laughs]

There May Be Some Interruptions

DK: Doing this is not, to me, as extraordinarily anxiety-producing as a lot of people would think. I’m not as concerned with this part of it as I am [of] what comes after. There is going to be some interruption.
In other words, you need to get some extra toilet paper and a few extra cans of canned goods.
And I’m talking about have enough for, say, a month or two. That should basically cover the lapse in time.
Not all the trucks are going to be running, so those groceries get cleaned out when everybody thinks that the world’s gone mad – or a little like they do during a hurricane.
DW: Right.
DK: Then, you know, if it doesn’t get resupplied, what are you going to do?
Well, this is why we got extra food. This is why a lot of people up here do. This is why people up here raise their own gardens.
Simply, you can [as in canning food] stuff and you put it up.
Having that extra not only is less expensive than going to the grocery, but just in case something does happen really bad.
It’s coming for, say, ten days.

Get Some Extra Toilet Paper

DK: I don’t know how many people consider the importance of this, but to me, being civilized does equate to the use of certain hygienic items.
One of those that I know of that, to me, is extraordinarily important is simple, plain old toilet paper. [laughs]
It might behoove people to think about not being able to go down to the grocery when you run out and get some more.
And I’m going to tell you, newspaper doesn’t make it. It’s hard on certain things that you don’t want to rough up…[laughs]
DW: [Laughs]
DK: You know. Very simply, I mean, you know, you have to think in terms of what do you use?
And what do you use commonly? And what are the convenience items that might not be part of a shipment that does make it through?
Or does get to you that’s not considered a survival-level item? Toilet paper, simple tissues for your nose, sanitary napkins for ladies…

Simple Rice and Beans May Be Enough for Food Storage 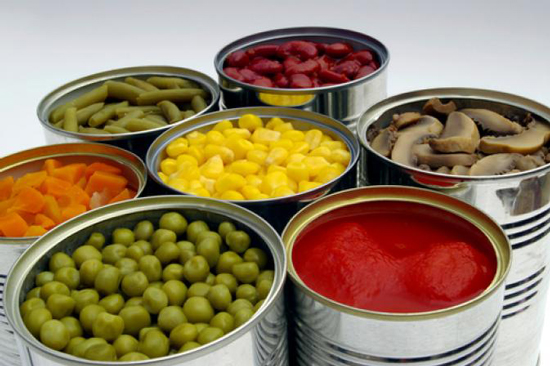 DW: People can subsist on simple rice and beans, you know. All these elaborate products that a lot of these freedom sites are selling are not really necessary.
I mean, it might make you more comfortable, but if somebody’s really at poverty level, you can get by with just buying some kidney beans, some brown rice and just keep that in your pantry.
DK: Yeah, exactly. It doesn’t take a lot. The idea is this… Yeah, lay up some extra toilet paper. If you’re lucky, you can find it on sale, go at it that way.
If you find something that you know really tastes extraordinarily good, but it’s $1.49 and they got the other ones two for a dollar, take the two for a dollar.
It’s not that much different and you can make out just fine on it. Add a little bit of spices to it and you’re good.

DK: Anyway, the survival part I don’t think is going to be all that critical, and I’ll tell you why.
The Plan itself reiterates many times – the portion that I read – that this is to be a non-interruptive, non-chaotic [and] peaceful – meaning non-shooting type of an action…

DK: I wouldn’t be surprised, to be honest with you, to wake up tomorrow morning and find out that the nation had been clamped down.
That clamp-down is complete.
The satellite systems will not work.
You will not be allowed to make international calls.
There’s going to be no traffic in or out of the United States, period….

The Work Will Be Done In Stages

DK: The reason for no international travel is to keep the bankers from loading up a Learjet and taking off. If they do so, they will be shot down.
This is going to be a complete, total clamp-down for a period of 72 hours, if need be.
Now, it should take about 24 hours for the sweep necessary to do the mass arrests, and all this stuff.
A secondary sweep will probably take another 5 or 6 days – to make sure they get all the records necessary to convict these people.
-END EXCERPT-

Notice that one of the things this insider said in 2012 is “The idea of this is – no chaos, no violence, and a legal way to do it – a lawful manner in which to conduct the operation”.
The 51,000 sealed indictments are obviously the result of a massive amount of work, tantamount to a “shadow World War III” in which the arrests can be conducted – through lawful means.
Notice also that he said “the satellite systems will not work” as the arrests occur.
That is exactly what appears to be happening now, at least within the Cabal’s own world.

Peaches: The health benefits of the sweet and sour fruit