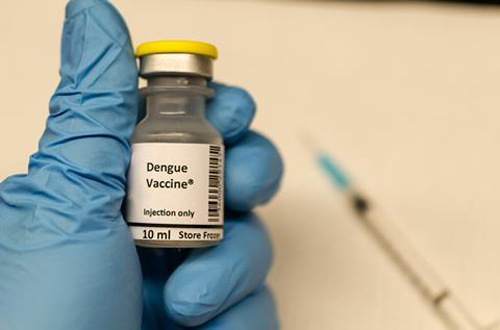 The World Health Organization (WHO) reports that Dengue, a mosquito-borne viral infection common in tropical and sub-tropical areas across the globe, has become increasingly prevalent in recent years, with about half the world’s population at risk of the disease. The WHO notes that a dengue vaccine is available for use in people between the ages of 9 and 45 who live in affected areas, but Sanofi Pasteur – the vaccine’s manufacturer – is now admitting that the “shot” is not guaranteed to prevent dengue, and could potentially create more issues than it solves.

There are two forms of this disease: Dengue fever and severe dengue. The WHO explains the difference as follows: “Dengue fever is a severe, flu-like illness that affects infants, young children and adults, but seldom causes death. …
Severe dengue is a potentially deadly complication due to plasma leaking, fluid accumulation, respiratory distress, severe bleeding, or organ impairment. Warning signs occur 3-7 days after the first symptoms in conjunction with a decrease in temperature (below 38°C/100°F) and include: severe abdominal pain, persistent vomiting, rapid breathing, bleeding gums, fatigue, restlessness and blood in vomit. The next 24-48 hours of the critical stage can be lethal; proper medical care is needed to avoid complications and risk of death.”

So, severe dengue is far more dangerous than “ordinary” dengue fever. In fact, severe dengue is one of the leading causes of serious illness and even death among children in certain Asian and Latin American countries.
At a press conference in Manila, Philippines, Dr. Ng Su Peing, Sanofi’s global medical head, admitted that not only is the company’s vaccine, known as Dengvaxia, not necessarily effective at preventing the disease, but it can actually cause a previously uninfected person to get the virus. Even worse, it causes not just ordinary dengue fever, but severe dengue.

While Sanofi insists that the vaccine was proven to be both safe and effective during clinical trials, they now admit that continued tests over the years have painted a different picture.
A follow-up study five years after the initial trials showed that at least five more out of every 1,000 participants who had been vaccinated went on to develop dengue fever, while an additional two patients developed the more serious severe dengue, when compared to previously uninfected people who did not receive the vaccine.

“We noted at longer-term an increased risk of hospitalization and severe dengue in the vaccinated people without a prior dengue infection, compared to [the] placebo [participants],” Peing admitted.

The FDA has now suspended distribution of Dengvaxia in the Philippines.
Though dengue fever outbreaks have occurred all over the world, including in Hawaii and other parts of the United States, it is not a common illness in our country. Nonetheless, Sanofi’s admission should make people around the world sit up and take note, because like with so many other vaccines, the public was assured of the safety and efficacy of this vaccine, with reputable organizations like the WHO backing its use. Now it has turned out to be both useless and dangerous.

Should that not make us wonder about all those other vaccines that they keep assuring us are safe and effective?