Do Psychopaths Run the World? (2) 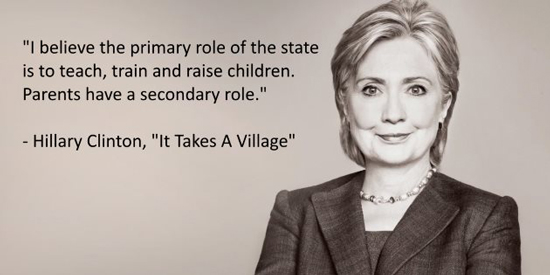 According to philosopher and author Aaron James, there is the rascal psychopath, who feigns moral action as a tool to manipulate others. Unlike the prototypical psychopath, says James, the rascal “traffics in and is moved by moral justification”, which leads to an “entrenched sense of special entitlement”.

One example, according to James, is Apple founder Steve Jobs who saw his sole obligation to society as implicitly tied to producing the products his consumers desired. James notes what Jobs’ best friend, Jony Ive, once told Business Insider: “When he’s frustrated… his way to achieve catharsis is to hurt somebody. And I think he feels he has a liberty and license to do that. The normal rules of social engagement, he feels, don’t apply to him.”

Worryingly, James says, “the rascal’s reasoning is shaped by the moral justification his surrounding culture makes available to him”. For instance, according to Hare, many white-collar criminals are psychopaths. “They flourish because the characteristics that define the disorder are actually valued”, asserts Hare. “When they get caught, what happens? A slap on the wrist, a six-month ban from trading, and don’t give us the $100 million back.”

Accordingly, not only does corporate culture control net rascal production, but the quality of rascals produced. And, depending on the culture, says James, “a rascal can be better or worse behaved than a psychopath”. A consoling thought.

Arguably it is no more comforting to know that the psychopath you had fingered all along is really a rascal nurtured by a system that is, by way of inherent nature, socially deviant. If the reasoning of a typical rascal is moved by moral justification, taken from his surrounding environment, then the ability of a psychopathic culture and/or system to shape its own governing class is implied.

They Gave Us Their Mind

The enduring strength of psychopathy lies in its ability to manipulate how others perceive it. But the innate ability of the psychopath or the system to shape our perceptions is not, in itself, entirely the reserve of the clinical psychopath.

We all play our part in the masquerade. Many of us partake in cosmetic enhancements and props that support our ego’s waltz through this porcelain world. Whatever the score, the Hare check-list has a number picked out for us all. In its pursuit of ultimate control, this is the greatest achievement of psychopathy; after all, what better way to predict by response a person or group, than to give them your mind?

The competitor’s urge to win at all cost is certainly pervasive. So, too, the trend of irresponsibility, most evident in the compensation culture that has crept into the social mindset, thanks to laws that restrict a person’s capacity to develop by way of ethics and moral concepts of right and wrong. How can you take responsibility for thoughts and concepts that are not your own? In the broad, rules and regulations teach us to hand over our power, a transaction that re-enforces itself in society according to Thomas. She says that given the choice between having power and giving it up to a “trusted” entity, people often choose to give it up rather than take the responsibility that comes with it.

In its apparent, endless quest to reinvent society in its own image, psychopathy perhaps has more than one expression. Recent research into social media habits throws up disturbing correlations between heavy Facebook use and socially aggressive narcissism. In one study users that scored highly on a Narcissistic Personality Inventory questionnaire, reports Damien Pearse, “had more friends on Facebook, tagged themselves more often and updated their news-feeds more regularly”. The research, the report states, “comes amid mounting evidence that young people are becoming increasingly narcissistic, and obsessed with self-image and shallow friendships”.

In the same breath the media have “jokingly” jumped on those abstaining from Facebook as highly suspicious and suspect – they could have something to hide. Facebook use is, of course, prevalent and “normal”.

An infinite number of media streams exist that entice us to see our reflection, drawing us into powerful undercurrents, and buffeting us from one bank to the next. We surface only to take breath, disorientated and confused, disconnected from our natural cues. But perhaps that’s the idea. Certainly it is the innate need to control and the power to wield it, at whatever cost, and without care, that fractures the pathological mind from the rest of us. 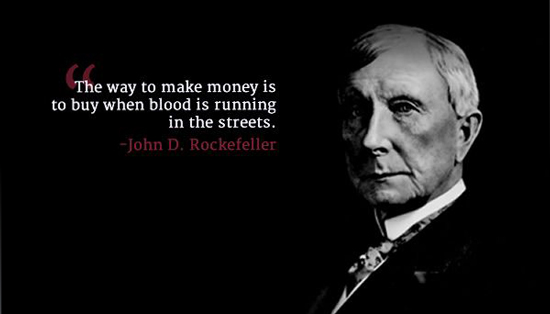 “Those who rise to power in the corporatocracy are control freaks, addicted to the buzz of power over other human beings.” – Bruce Levine, social critic and psychologist.

In a competitive world there will always be those who actively seek out, justify or embrace traits of psychopathy as a route to success. For a surgeon, a cold detachment and cool head has its place. But glorifying the psychopath is a perilous path to tread. According to psychologist Linda Mealey, competition only serves to increase the use of antisocial and Machiavellian strategies and counteracts any increase in pro-social behaviour after success.

Spiralling societal separation and re-enforcing detachment sets a dangerous precedent, what James refers to as a sense of “entitlement born of cosmic grandiosity”. He cites oil baron John D. Rockefeller who viewed his wealth not in some Wild West American capitalist context that gave him free rein, but unapologetically, by divine right: “God gave me my money” proudly said Rockefeller.
This sense of divine entitlement, being chosen, as apart from society, has deeply disturbing parallels to contemporary wealth.

Jeff Greene is a multi-billionaire property investor and entrepreneur, and owns reportedly America’s most expensive home. Greene, who made his fortune betting on sub-prime mortgages, says Americans need to have “less things”: “America’s lifestyle expectations are far too high and need to be adjusted, so we have less things and a smaller, better existence” lectured the 60-year old, who lets out the $195 million palatial estate in Beverly Hills to royal families and international dignitaries for hundreds of thousands of dollars a month.

At its heart, assuming it had one, departments within the system, be they political, corporate or financial, select by lineage this mind; one willing to create, support and maintain it. “Figures such as J.P. Morgan, Randolph Hearst, and Mayer Rothschild” argues author Stefan Verstappen, “are professional psychopaths that reach the pinnacle of the financial stage where they cause no less misery and destruction as their political counterparts.”

As a result, examples of psychopathic conduct in high office are commonplace. Robert Kirkconnell is a decorated US Air Force combat veteran of 27 years, and an outspoken critic of the US government MK-ULTRA program that conducted a battery of callous psychological or mind control tests on its own citizens. In American Heart of Darkness, Kirkconnell charges the presidential Rockefeller Commission, set up to investigate the CIA’s activities, which he says funded the program. Kirkconnell no longer sees his home as a constitutional republic, but as a pathocracy run by psychopaths. 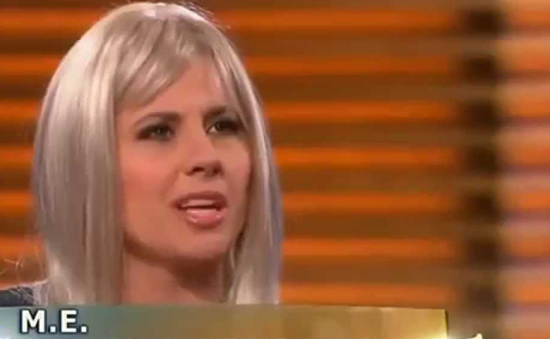 “I had to win at all costs, sometimes allowing the costs to flow unchecked, just to see the volume of my power.” – M.E. Thomas, author of the book Confessions of a Sociopath

“Power is all I have ever really cared about in my life”, states Thomas. “Physical power, the power of being desired or admired, destructive power, knowledge, invisible influence. I like people enough that I want to touch them, mould them, ruin them. I want to exercise my power.”
It’s nothing personal. It’s dietary. The idea of ruining people, she says, is simply delicious.

M.E. Thomas is not unique. The psychopath invariably plays with its food. In the process actively seeking to visit misfortune or suffering on others… Thomas regards herself as a white tiger – a beautiful and exotic pet but inherently dangerous. And whilst in her own words she considers herself tamed, inside she continues to grapple with a primal urge to destroy.

This mind set is not lost on society. In fact, it is a worldview captured succinctly in author Michael Ellner’s personal state of the world address: “Just look at us” he asks. “Everything is backwards, everything is upside down. Doctors destroy health, lawyers destroy justice, psychiatrists destroy minds, scientists destroy truth, major media destroys information, religions destroy spirituality and governments destroy freedom.” You can see his point. But to what extent does this world talked of by Ellner stem solely from blind pursuit of power and profit?

Is there a hidden systemic malevolence that creates fear and uncertainty; the chaos to warrant this chase? Is the malevolent mist, that evil intent we ascribe to heinous acts and misdeeds, illusory, an epiphenomena, a by-product of the psychopath brain? Or is it real, autonomous, and guiding the program? And does this distinction matter? Does it help us interpret, say, the rise in chronic illness, its origins and how the healing profession has become, as critics claim, a public relations buzz-term; managing symptoms for profit?

The world of Kirkconnell swings into focus. Are we all victims of systemic programming; of disorientation; an imbalance the predator incites in us to maintain and enforce its position and status?

Like a dark deity, so much of what psychopathy is and does hides in plain sight. The psychopath appeals to its prey’s sense of empathy and faith in humanity. He is the blank slate onto which people project their hopes and ideals.
This realisation must dawn if we are to expose systemic psychopathy and confront wildly sinister possibilities, not least the darker identities and underlying motives upon which it is based.

Darwin Dorr is the director of research into psychopathology at Wichita State University, Kansas. “The majorities of paedophiles are psychopathic”, says Dorr, “or at least manifest to a significant degree the psychological characteristics of psychopathy”.

Such ties that bind power to its perversions are historic, endemic and persist to this day. Investigations surrounding the elite paedophile ring are only the tip of a cold and callous iceberg that threatens to sink a titanic raft of untruths. In the UK, the reputation of once respected DJ, television presenter, and establishment confidante, Jimmy Savile, sank when his penchant for children, dead bodies, and satanic rituals and foreplay was disclosed to a shocked population.

Questions are now being asked outside UK Home Office circles and its curious taste for celebrity trash cans. All of a sudden the term psychopath seems no longer sufficient. Are such people, the system they represent, and the entities they mimic and worship, beyond a check-list? Certainly UK and wider establishment attempts to stymie the truth only serve to disclose further the covert means and amoral control by which psychopathy operates as an integral part of the system.