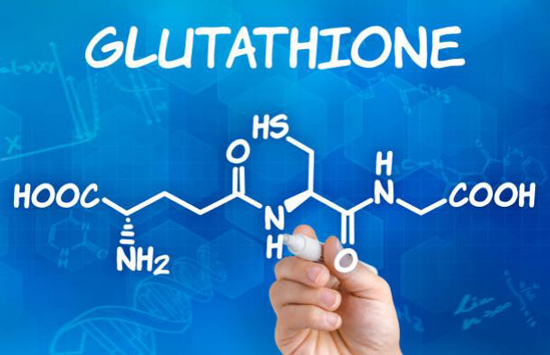 Glutathione, often called “the master antioxidant”, can help neutralize toxins in the body. It also detoxifies the liver, gets rid of dangerous free radicals, and supports the overall functioning of the immune system.

But while the body naturally creates the antioxidant, your glutathione production levels decrease as you age.

The antioxidant glutathione is a small protein molecule that is synthesized in the body using three amino acids: glycine, L-cysteine, and L-glutamic acid. Glutathione exists in all cells in the body, but most of it can be found in the liver.

Aside from helping the body detoxify, glutathione also regulates cell growth. The potent antioxidant also prevents the oxidation of circulating fats in the bloodstream, synthesizes and repairs DNA, and helps transport amino acids to and from cells. It can also strengthen the immune system.

Glutathione is crucial to detoxification and immune system function. In fact, the immune system needs a proper balance of glutathione in the lymphoid cells since the antioxidant’s cysteine molecule is needed for the reproduction of T-cells.
It allows macrophages in the bloodstream to protect the body from pathogens and bacterial invasions. It also detoxifies reactive oxygen radicals formed by ultraviolet light radiation.

Glutathione is necessary for the regeneration and recycling of other essential antioxidants, like vitamins C and E.

As a major detoxifying agent in the body, glutathione helps chemically transform carcinogens, drugs, and toxins into unreactive, harmless compounds that can be eliminated. 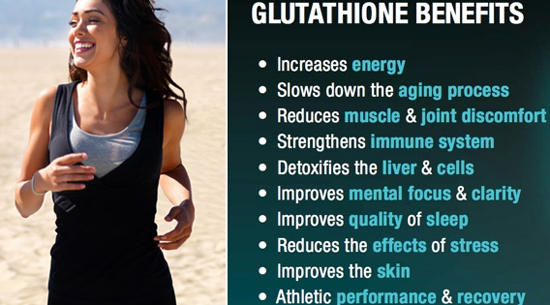 Since your glutathione levels decrease as you get older, you need to make lifestyle changes to prevent further loss of this antioxidant. Low glutathione can be caused by drugs, eating too many processed foods, exposure to environmental toxins, illness, infections, and stress. Low glutathione levels can impede cellular function and let free radicals cause oxidative damage, which can trigger various chronic disease symptoms.

Researchers have determined that low levels of glutathione can cause free radical-induced degenerative conditions like heart disease and cancer. Respectively, they are the number one and number two killers in the U.S.

Based on data from a study, scientists have discovered that heart disease patients with low blood levels of glutathione had a 30 percent chance of suffering a heart attack than individuals with optimal glutathione levels. Several other health conditions are associated with glutathione deficiency, like Alzheimer’s disease, arthritis, autism, autoimmune diseases, chronic fatigue syndrome, diabetes, kidney failure, liver disease, and Parkinson’s disease.

It’s better to eat these organic foods raw whenever possible, especially since cooking them will deplete their glutathione content.

However, glutathione is a protein that is quickly digested and broken down into individual amino acids. According to different studies, it’s possible that dietary intake alone may not be enough to boost circulating glutathione levels.

Researchers advised that the most efficient way to increase levels is by supplementation with glutathione precursors, or the amino acids that the body needs as building blocks to create it. Sources include foods that contain cysteines, like organic eggs, garlic, and onions. Other sources include foods that have sulforaphane, such as organic cruciferous vegetables (e.g., broccoli, Brussels sprouts, and cabbage).

For supplementation, research shows that alpha lipoic acid and N-acetyl-cysteine can both improve glutathione levels in a patient suffering from a deficiency. Other foods and nutrients that can help boost glutathione levels include curcumin, melatonin from dark cherries, milk thistle, and selenium.