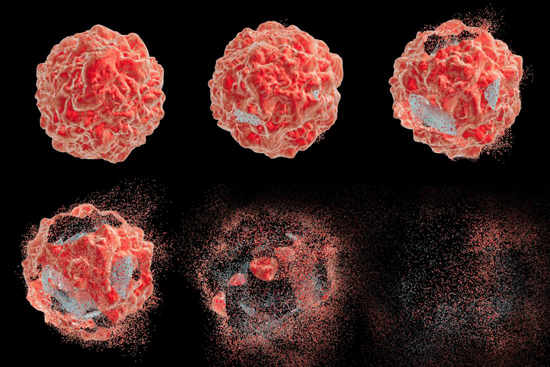 For more than a decade, a team of cancer researchers at Old Dominion University (ODU) in Norfolk, Virginia have been studying a new type of cancer therapy that utilizes nano-second stimulation by ultra-fast electrical pulses to kill tumor cells, and now, after testing it out on mice, it’s working.

Generating about 3 million pulses in about the time it takes your heart to beat once, this new form of cancer therapy is killing liver cancer tumors in less than 10 minutes, and they’re not growing back.

The pulses are generated by a machine no larger than an old computer monitor, and what’s taking place is no less than prolific. The pulse system is generating electrical stimulation that triggers the human immune system to not only locate the bad cells, but to hone in on them with cancer-killing cells and attack. This is an enormous breakthrough for bio-electrics, for the natural health world, and for natural cures in general. Clinical trials on humans are said to begin as soon as possible. There will be long lines, folks.

ODU is the premier research institution in the world for this type of work right now, and it’s quickly catapulting into a worldwide movement and mission that has Engineers, Biologists and Biochemists all working under the same roof. Researchers from Japan and Germany even began an international consortium on bioelectric studies.

Federal approval may not be far away, especially since the new technology may even help treat melanoma, a vigorous form of cancer that has increased by more than 50 percent every year of the last decade.

This all began nearly 20 years ago when short bursts of electricity were found to kill bacteria. Then, in 2007, the technology proved useful in eradicating melanoma tumors in mammals and that’s when this project that involves “immunotherapy” garnered national recognition.

The best part of the therapy is that the ODU team discovered a heightened immune response in treated areas, which is the exact opposite of chemotherapy. In other words, the patient’s own immune cells get a “booster shot” from natural stimulation, instead of being crippled by chemicals involved with relentless chemo treatments.

This itself is a complete game changer. Electric pulse therapy may be the “WMD” for cancer, one of the toughest disease and disorder challenges of all time. Pulse electricity already being used to deliver drugs to treat infections, so now it’s time to send cancer-killers directly to the tumors.

If you’re still confused as to how magnetic pulse therapy works, consider this explanation by a couple of the researchers, “by enveloping cancer cells with microscopic grains of iron oxide, the magnetic pulses will vibrate faster and faster until the cells overheat and die. No damage ensues to the surrounding healthy cells and no potentially damaging radiation is used.”

This can be used to treat many types of cancers, maybe all of them, including lung and pancreatic cancer. “If you heat cancer cells up to 43 degrees C they start to die. Our natural body temperature is 37 degrees C. The technique that we are using, we are able to reach that threshold,” Dr. Janes said. 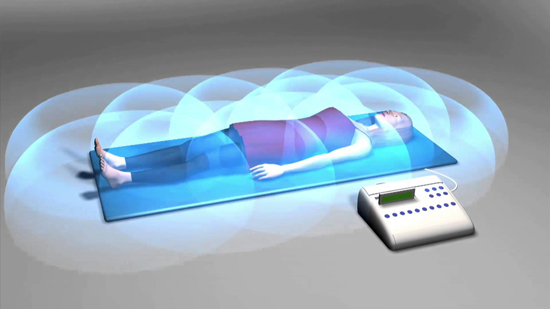 Check out pulse electricity in medicine. This research can extend way beyond cancer, into anti-aging, pain management, injury recovery, and more. Similar to the pulse electricity being utilized and tested at Old Dominion University, many private wellness centers are starting to use pulsed electro-magnetic field therapy (PEMF) for similar goals.

It’s actually nothing new. NASA has used PEMF for years. In fact, they’ve already invested $3.5 million into further research of pulsed electromagnetic field therapy studies. NASA has developed its own PEMF devices that are being used to reverse bone loss experienced by astronauts in outer space, due to their loss of Earth’s magnetic field. Plus, PEMF can be utilized to heal broken bones that were unable to heal despite repeated surgical attempts. NASA has also found PEMF works for repairing traumatized tissues and for developing tissues for transplantation.

You may not find PEMF in your local hospital or doctor’s office yet, since the medical industrial complex in the USA is more into treating symptoms of disease and disorder rather than healing folks, but wellness centers like Ancient Wellness Center in Virginia Beach (just 10 miles from ODU) have “club members” raving about the benefits. PEMF is FDA-approved and has also been featured on the Dr. Oz show.