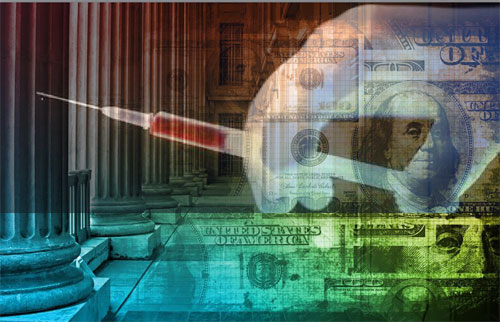 The flu season has been unusually severe, prompting even more calls by Big Pharma, the conventional medical cohort, and legacy media outlets for everyone to get a flu shot.
Regular readers of the alternative media are well aware of the questions that have been raised about the safety and efficacy of vaccines in general.

As per the U.S. Centers for Disease Control and Prevention, more than 60 children have tragically died in America from the nationwide flu outbreak in November-December 2018, ABC News reported. Most people, adults and children, were apparently being infected with the H3N2 strain.

According to the GreenMedinfo website, the push for the flu vaccine is primarily economic and political rather than based on solid medical evidence:
“It is a heavily guarded secret within the medical establishment (especially within the corridors of the CDC) that the Cochrane Database Review (CDR), considered by many within the evidence-based medical model to be the gold standard for assessing the therapeutic value of common medical interventions, does not lend unequivocal scientific support to the belief and/or outright propaganda that flu vaccines are ‘safe and effective’. To the contrary, these authoritative reviews reveal there is a conspicuous absence of conclusive evidence as to the effectiveness of influenza vaccines…”

Referencing another study, GreenMedinfo maintained that “Vaccines, therefore, may actually decrease resistance to viral infection via their immunosuppressive actions.”

Along these lines, Natural News explained that many of the people who have been suffering with influenza received the vaccination before becoming dangerously ill. In November 2017, Natural News suggested four reasons why individuals and/or families may decide against getting a flu shot: The vaccine is not proven to work, it is not safe, it contains toxic adjuvants, and can bring on adverse side effects.

Getting the shot might sometimes weaken a person’s immune system for years, thus potentially making it substantially more susceptible to other strains of the virus.
Various natural ways to strengthen the immune system during the flu season have been suggested, including vitamin C, vitamin D, turmeric, echinacea, elderberry, and green tea, among others.

Moreover, anyone having an open mind about the risk-reward approach to vaccines, or merely suggesting further study about side effects or complications, or even implying that childhood vaccines should be administered incrementally rather than all at once, is subject to immediate “anti-Vaxxer” scorn from the Big Pharma-loving mainstream (or fake-stream) media. The latter rakes in bug bucks for airing prescription-drug commercials across its networks.

Whether to get a flu shot is, of course, a personal decision that can be based on a variety of factors. As an aside, however, have you noticed that many of the pontificating pundits who insist that vaccines and man-made climate change constitute settled science are often the same people who claim that gender is fluid and non-binary?