Eight Ways Microbes Can Save Us From Ourselves

Could bacteria and related microbes, widely believed to be a primary cause of disease, explain how we are capable of surviving through the self-created chemical nightmare of industrialized society? 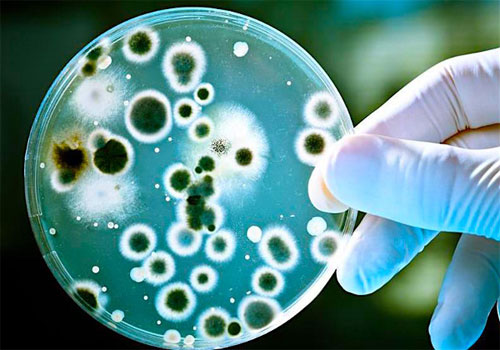 Environmental chemical exposures number in the tens of thousands among industrialized populations. Our water, air, food, and now bodies, are saturated through with xenobiotic chemicals (compounds foreign to our biochemistry) most of which did not even exist on the planet before the industrial revolution of the late 19th century. The problem of their bioaccumulation is so severe that one autopsy study performed back in 1985 when things were arguably better, revealed that 48% of the livers and 46% of the spleens of the 465 autopsies analyzed showed signs of mineral-oil induced lipogranuloma.

Remarkably, our bodies are equipped with detoxification systems (such as the cytochrome P450 superfamily of enzymes), whose intelligent design makes it possible to degrade chemicals that did not even exist at the time in the distant past that these elaborate enzyme systems evolved – almost as if we were predesigned to be able to survive the burgeoning, geometrically expanding chemical onslaught of the past century.

Eventually, however, our elaborate and resilient detoxification systems become overloaded, which naturally leads to the emergence of acute and chronic diseases – diseases that the conventional medical establishment often pretends do not have an environmental origin, and therefore are treated by suppressing symptoms of poisoning with new, patented toxicants and biologicals known as pharmaceuticals. This approach has resulted in our becoming the sickest organism ever known to inhabit the Earth.

Thankfully, we are not alone. We have helpers all around and within us. Friendly bacteria (and beneficial yeast), with which we co-evolved, and have formed symbiotic alliances with, with cells numbering in the trillions. It has been proposed that our very definition of self should be updated to include these “others,” and that humans are truly a “meta-organism.” This is no metaphor, because if you take away these bacteria, we die.

In order to bring this relationship into clearer focus, let us look at a few things these bacteria do for us, that we aren’t very good at doing for ourselves:

Perchlorate Toxicity – perchlorate is an ingredient in jet fuel and fireworks that widely contaminates the environment and our food. It is now found in disturbing concentrations in breast milk and urine, and is a well-known endocrine disrupter capable of blocking the iodine receptor in the thyroid, resulting in hypothyroidism and concomitant neurological dysfunction.
A recent study found that the beneficial bacterial strain known as Bifidobacterium Bifidum is capable of degrading perchlorate, and that breast fed infants appear to have lower levels than infant formula fed babies due to the breast milk bacteria’s ability to degrade perchlorate through the perchlorate reductase pathway.

Vaccine Toxicity – As we have documented in depth in the past, the unintended adverse health effects of vaccines often far exceed their purported benefits. This is especially true for so-called “attenuated” live vaccines, such as oral polio vaccine, which have recently been linked to tens of thousands of cases of childhood vaccine-induced paralysis in countries like India.
Oral Saccharomyces boulardii, a beneficial form of yeast, has been found in an animal model to prevent oral polio vaccine-induced IgA nephropathy, a form of immune-mediated kidney damage. Additionally, probiotic bacteria have been found to positively regulate the two poles of immunity (TH1/TH2), which vaccines often upset by inducing hypersensitization via over-activation of the adaptive/humoral (TH2) pole of immunity. 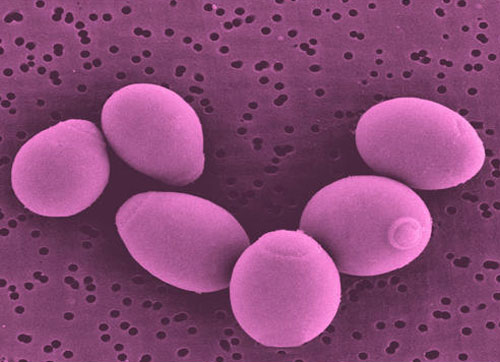 Bisphenol-A Toxicity – Bisphenol A is an omnipresent petrochemically-derived toxicant with endocrine-disrupting properties. It has been shown to accumulate in the human body, and has been linked to a wide range of health problems. Bifidobacteriumbreve and Lactobacillus casei have been found in the animal model to both reduce the intestinal absorption of BPA and facilitating its excretion.

Chemotherapy Toxicity – No chemical category is more fraught with life-threatening risks than chemotherapy – ironic, considering it is used to treat already terribly sick people. Some chemo-agents, such as the nitrogen mustard class, are so toxic that they bear chemical weapons designations, and are banned by the Chemical Weapons Convention. There is evidence that the probiotic Bifidobacterium breve is capable of reducing the adverse effects on immune health induced by chemo-agents.

Aspirin Toxicity – Some chemicals we eat prophylactic ally, like aspirin, despite the fact that they cause small bowel injury and other serious adverse health effects. Even though aspirin’s adverse health effects far outweigh by number its purported health benefits, millions take it on a daily basis without full knowledge of how it is affecting them. The bacteria known as Lactobacillus casei has been found to decrease the mucosal damage done by aspirin.

Sodium Nitrate Toxicity – Many foods today are preserved with nitrates, which may form DNA-damaging nitrosamines. Lactic acid bacteria extracted from kimchi have been found to degrade sodium nitrate.

Gluten Toxicity – Wheat has increasingly been identified as a contributing factor in a wide range of health problems; research on 300 potential adverse health effects can be found in Wheat Toxicity Database. It has been known for some time that longer duration of breastfeeding (a plentiful source of probiotics) is associated with a delayed onset of celiac disease. It is possible that breast milk probiotics may have something to do with this.
Bifidobacteria may reduce the immuntoxic properties of gluten peptides by further degrading them into non-toxic peptides. Interestingly, the oral cavity has recently been found to contain bacteria capable of degrading gluten, indicating there may be other gluten-degrading microorganisms within the upper gastro-intestinal tract, and that thoroughly chewing your food would reduce the potential antigenicity/immunotoxicity of wheat gluten peptides.

These are only a few examples of the health benefits of probiotics and related microbes, with special consideration towards reducing the adverse health effects of chemicals and toxins. There are hundreds of additional health benefits of probiotics that we have indexed, now numbering over 200, with three dozen distinct beneficial mechanisms of action that have been characterized, e.g. anti-infective, anti-inflammatory, immunodulatory, etc.