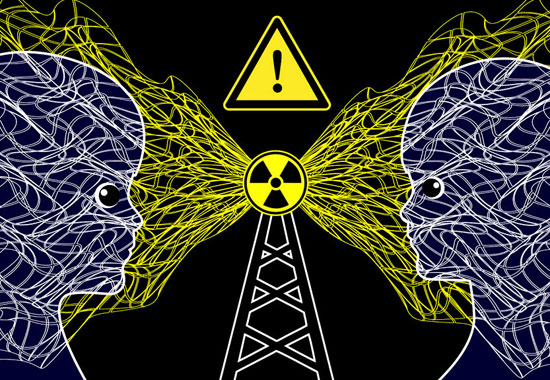 We (GreenMedinfo) have touched upon the undeniable influence of manmade electromagnetic fields (EMFs) upon human health. For decades now, with the increasing deployment of EMF-emitting technologies, scientists, journalists, public health authorities, politicians, and the public have debated whether or not our bodies are intrinsically affected by the whole-body irradiation with which we are constantly inundated.

It is the conclusion of many scientists, including Olle Johansson of the Karolinska Institute in Stockholm, Sweden, who published a review in the journal Pathophysiology, that we are subjecting ourselves to a risky game of physiological roulette. According to Johansson,

“The answers appear to be: No, we are not designed for such EMF exposure loads. We are not immune. We are gambling with our future.”

An Epidemic of Mass Proportions

We have always been exposed to negligibly weak microwave electromagnetic radiation in the form of cosmic radiation from outer space, the natural light display that is the aurora borealis, and weather events such as thunderstorms; however, human innovations such as WiFi, cell phones, television, and other handheld devices have magnified our exposure to manmade sources of EMF within the microwave frequency bands. The photonics energy of anti-collision vehicle radars and WiGig are, in fact, 1000-fold higher in photonic energy relative to human exposures prior to the 1950s.

EMFs are everywhere, and besides those within the visible spectrum, are largely invisible to the naked eye. And magnetic fields as low as one millionth of a Tesla – the unit used to measure the magnetic component of EMF – have been shown to generate biological effects. By sitting in proximity to a cell phone, for comparison, you are exposed to magnetic pulses peaking at several tens of microTesla, orders of magnitude higher. Because these wireless gadgets, like cell phones, are those we most frequently employ, their use warrants the most caution. One paper published in Immunologic Research by Marshall and Heil cites a quote from NASA that encapsulates how all-encompassing our exposure is to this “electrosmog”:

“As you sit watching TV, not only are there visible light waves from the TV striking your eyes, but also radio waves, transmitting from a nearby station, and microwaves carrying cellphone calls and text messages, and waves from your neighbour’s wifi, and GPS units in the cars driving by. There is a chaos of waves from all across the spectrum passing through your room right now.”

Although once seen as the stuff of conspiracy theory, even mainstream organizations such as the World Health Organization (WHO) is throwing caution on the use of extremely low frequencies (ELF) that are utilized in domestic appliances and in the power lines that intersect so many neighborhoods – which are speculated to be a cause of some children’s cancers.

On May 31, 2011, the World Health Organization (WHO) International Agency for Research on Cancer (IARC) classified radiofrequency electromagnetic fields (RF-EMFs) from mobile phones and other devices that emit non-ionizing electromagnetic fields as a “possible,” or Group 2B, human carcinogen. Whether EMFs are associated with enhanced risk of cancer, however, has remained a source of contention.

We can glean insights, though, from one meta-analysis, the highest quality form of evidence – which resides at the pinnacle of the pyramid of the hierarchy of evidence.

In this meta-analysis published in Pathophysiology, researchers assimilated the results of 42 studies entailing 13,259 cases and 100,882 controls in order to shed clarity on the issue. Overall, researchers concluded that ELF-EMFs are associated with cancer risk, primarily in the United States and in residential exposed populations. Another publication in Environmental Health showed an almost doubling of the risk of head tumors with long-term cell phone use.

Another study in the International Journal of Environmental Research and Public Health also reinforces that EMFs elicit carcinogenic effects. It found decreased survival of glioma patients with astrocytoma grade IV (glioblastoma multiforme) associated with long-term use of mobile and cordless phones, leading the researchers to conclude that “RF-EMF should be regarded as human carcinogen requiring urgent revision of current exposure guidelines”.

A relatively recent review paper published in Pathophysiology by Swedish researcher Olle Johannson, entitled “Disturbance of the immune system by electromagnetic fields – A potentially underlying cause for cellular damage and tissue repair reduction which could lead to disease and impairment,” presents ideas that merit all of our collective attention. In this paper, he emphasizes that our immune system was designed, or evolved, with basic defense strategies to deal with known enemies, a category under which ever-increasing electromagnetic signals does not fall.

Johansson notes that, for greater than 3.5 billion years, humans have existed under a virtually static geomagnetic field and solar radiation, and that it is just not feasible that our biology has found ways to adapt to altered levels of electromagnetism which have just been introduced in the last century alone.

The use of electricity, in particular, puts our physiology in a head-on collision with four phenomena, namely, ground currents, electromagnetic fields from power supplies and other power grid equipment, so-called “electromagnetic smog” originating from communication instrumentation, and from high frequencies on power lines known as “dirty electricity,” all of which represent under-investigated environmental conditions with unknown effects.

In his review, he discusses other little-recognized immune effects that go beyond the suspected carcinogenic effect of EMF.

The Canaries in the Coal Mine: Electrohypersensitivity 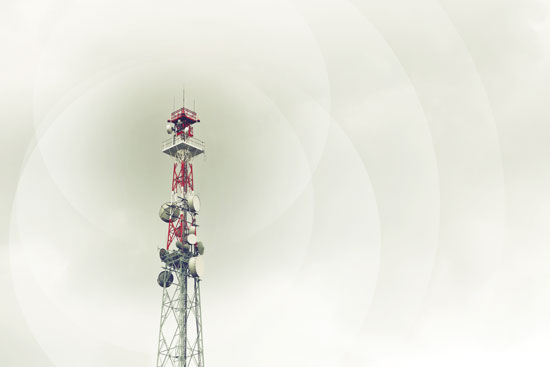 In the early 1980s, a syndrome known as the functional impairment electrohypersensitivity (EHS) was defined to encompass individuals who experienced reproducible symptoms upon exposure to electromagnetic devices such as mobile phones and WiFi equipment. Although this condition is not on the radar of the allopathic medical establishment, EHS is a condition acknowledged by the WHO, which has reported that remediating exposure to EMF may ameliorate symptoms of chronic fatigue that appear in this syndrome.

The WHO, in fact, in their acknowledgement of the potential health effects of EMF, went so far as to add radio frequency fields to their research agenda over a decade ago. Direct quotes from the WHO discuss how EHS individuals may exhibit hyperactivity in the central nervous system as well as autonomic nervous system imbalances, meaning disharmony or disequilibrium between the sympathetic “fight or flight” and the parasympathetic “rest and digest” arms where activity in one branch or the other deviates from the norm.

The EHS syndrome has been reported in various countries, including Belgium, Denmark, Italy, Germany, The Netherlands, Norway, Switzerland, Sweden, and the United States. Prevalence rates of EHS have varied considerably, however, with 3.1% of the population in Sweden claiming hypersensitivity to EMF versus 5% in Switzerland and 8% in Germany, illuminating that further research is required to discern the true number afflicted.

In a phone survey of 2072 Californians, the strongest predictor of self-reporting EHS was diagnosis with environmental illness or multiple chemical sensitivity (MCS), illuminating that environmentally sensitive individuals are likely most vulnerable.

In a presentation by Cox at the World Health Organization International Workshop on EMF Hypersensitivity, he discusses that 36% of individuals report sensitivity to DECT cordless phones, 27% to visual display terminals (VDTs), 18% to fluorescent lights, 12% to television, and 6% to landline phones. The following percentages of individuals in the United Kingdom reported various symptoms of EHS associated with use of cell phones:

Because these symptoms are so are non-specific, generalized, system-wide, and diffuse, they are likely to be misdiagnosed as manifestations of other disorders or branded as psychosomatic. However, validity is conferred to this diagnosis by a recent prospective study in International Journal of Molecular Medicine that examined oxidative stress (inflammation) and antioxidative capacity in individuals claiming to be afflicted by EHS.

For the first time, it was shown that approximately 80% of self-reported EHS patients present with one, two, or three detectable biomarkers of oxidative stress in their peripheral blood, “meaning that these patients – as is the case for cancer, Alzheimer’s disease or other pathological conditions – present with a true objective new pathological disorder”.