How is it that 15 years later the official narrative still prevails across America in the face of overwhelming evidence of massive government complicity? 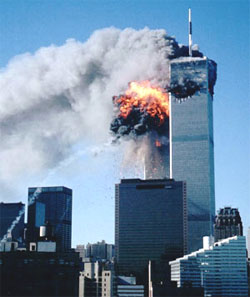 The American people have now endured 15 long years waiting for truth of 9/11 to be revealed within the public domain. The truth of 9/11 is, in fact, so radioactive that the world will change in a day and a night once the crime is exposed and true perpetrators identified. Why, then, is it taking so long for factual account to be disclosed?

Because the 9/11 false flag terror attacks constituted the single greatest event of this millennium in terms of [purposeful] far-reaching ramifications and [deliberate] profound repercussions to the entire planetary civilization.
It was designed this way. But by who… really?!

Just as it continues to have extraordinary influence over the lives of billions of people around the globe, 9/11 will continue to exert inordinate power over those who ordered it and carried it out.

The question then remains: with the internet now operating at full tilt, how is this still the case? When volumes of irrefutable evidence and testimony can be found across the World Wide Web, why are the perpetrators still free? How do they still occupy their seats of power and influence around the world?

There are actually several reasons for this rather complicated and confusing state of affairs, but one reigns supreme. 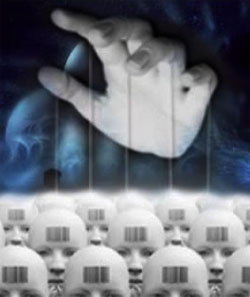 The American people are still so addicted to deception that they will not, cannot or refuse to accept the truth of that day’s cataclysmic events. Many do not even want to go there and have closed themselves off from conducting any type of critical thinking about the matter.

This societal addiction to deception has been cultivated and nurtured since the day we are born on American soil. For those who immigrate to the USA, the same process begins the very day they set foot on American soil. This whole mind-control programming process began as a requirement which was necessary to transform the USA into the military arm of the New World Order.

Only by sufficiently wrapping one’s mind around this crucial understanding will anyone come to truly apprehend the enormity and profundity of this ongoing and covert agenda. The U.S. citizenry were promised the American dream because of their commitment to this specific agenda. As long as they fought the bankster’s unprovoked wars of aggression — on demand — across the planet 24/7, they would be taken good care of. Welcome to the pervasive Consumer Society—American-style!

But how did they really con the people to sacrifice so much blood and treasure in order to prosecute so many unprovoked wars of aggression worldwide?
The blueprint of the 9/11 terrorist operation was created to instill a cultural post-traumatic stress disorder (PTSD) reaction throughout the whole of society. And it has worked like a charm for the powers that be (TPTB) up to this very day. 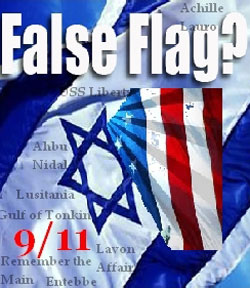 9/11 has proven to be the one NWO false flag event that has manufactured consent for the rest of the century… barring that the truth ever seeps out.
The high drama and great loss associated with those synthetic terror attacks on September 11th were fastidiously engineered to so traumatize the American people that they would never question the future wars that would be fought as a result. This is why 9/11 was executed on 9/11/01, a date that is intimately connected to an emergency. In this particular case, an unprecedented national emergency of epic proportions.

When even cabalistic numerology and occult astrology have been purposefully used to fabricate such an earth-shattering series of events, it ought to be easier to comprehend what the long-range goals really were. The more steeped in the resulting societal PTSD, the more longstanding will be the consequences for the American people. Which is why the addiction to deception must first be dealt with.

Until the illusory spell of 9/11 is completely broken for a critical mass of people, the status quo of apathy and indifference to the plight of other nations will remain intact. When the collective consciousness has sufficiently expanded whereby the attendant fear has been dissolved so that the dark truths can be faced, the whole 9/11 criminal conspiracy will begin to unravel during prime time.

The recent campaign season has created a thirst of 9/11 truth. The candidates have been so polarized around it, that much truth has seeped out, just as much new inquiry has been instigated. This is a very good move in the right direction toward exposing this “state-sponsored crime of the millennium”. 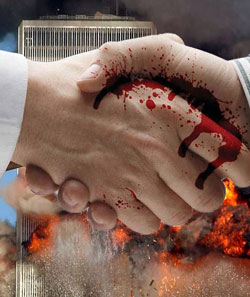 What is critical to understand with regard to the revelation of 9/11 truth is that it must be released in the right way, at the right time, and by the right messengers. The consequences of such raw truth are guaranteed to be so swift and severe that the world must be ready to receive it.

“9/11 truth floodgates are holding back an enormous body of scientific, anecdotal and circumstantial evidence which indicts the U.S. Federal Government, various foreign state actors, the Mainstream Media, Corporate America, et al.”(from 9/11 Truth is the Lynchpin – It will be ‘pulled’ at the perfect time)

In light of the preceding excerpt it is ought to be very comforting to know that great unseen powers are operating in the background controlling 9/11 truth revelations.

Therefore, the good news regarding 9/11 truth is that each day that passes brings humanity closer to the moment of unparalleled and life-altering revelations. That day of revelation will catalyze a major transformation of the American Republic, especially the U.S. Federal Government, which will likely be dissolved so that it can be completely reconstituted.

Likewise, the international order will undergo a massive overhaul as old destructive relationships are discarded and new constructive ones are forged. The treaties and alliances which stand today will all be re-evaluated in view of 9/11 truth that will be freely accessible for all to see and hear. These things can only happen once the 9/11 genie is fully released from the bottle.

Since the genie has already been released (via the internet) to a certain degree, it is really now only a matter of execution, both figuratively and literally. For those who are truly responsible for this “crime of the millennium” are the same characters who have waged war around the world for the past 15 calamitous years. Their day is finally coming… and will ultimately come like a thief in the night much like it did on the morning of September 11th of 2001. 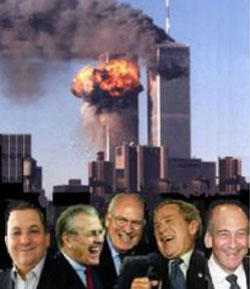 The reason why the National Security State has become America’s version of 1984’s Big Brother is because the perps knew that one day the truth would escape. They had to lock the whole place down so that when the people woke up they could be adequately controlled wherein they posed no threat to the elites who either allowed or covered up the 9/11 terror attacks.

The 9/11 black operation was actually set up this way – so that the truth would eventually emerge. All the holes in the official 9/11 Commission Report were actually put there with much forethought and purpose by the perps. Therefore, the real question is: why did they do it in broad daylight when everyone could examine the scene of the crime and walk away with their own understanding of the truth? The answer to this question inexorably leads to the ultimate power which was directly responsible for the 9/11 attacks.