Fragments from an interview with Eckhart Tolle, by Paula Coppel - Unity Magazine 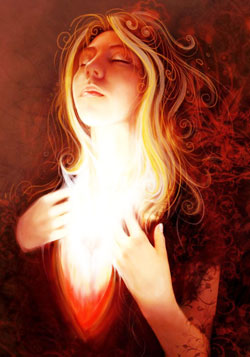 Paula Coppel:
In The Power of Now, you describe having a dramatic personal awakening. What exactly do you think happened to you?

Eckhart Tolle: For many years I had been deeply identified with thinking and the painful, heavy emotions that had accumulated inside. My thought activity was mostly negative, and my sense of identity was also mostly negative, although I tried hard to prove to myself and to the world that I was good enough by working very hard academically. But even after I had achieved academic success, I was happy for two weeks or three and then the depression and anxiety came back.
On that night there was a disidentification from this unpleasant dream of thinking and the painful emotions. The nightmare became unbearable and that triggered the separation of consciousness from its identification with form. I woke up and suddenly realized myself as the I Am and that was deeply peaceful.

Paula Coppel: You wrote that a crystallizing thought preceeded it: “I can’t live with myself any longer.” Tell us about that.

Eckhart Tolle: Yes. It’s interesting that stepping out of thought was actually triggered by a thought. At that moment, consciousness looked at the thought “I can’t live with myself,” and I realized there are two here—“I” and the “self I can’t live with.” And then there was another little thought: Who is this self that I can’t live with? But there was no answer; that was the last question. And then it didn’t matter. This peace had changed my perception of the world of form too, of the external world. When I woke up the next morning, everything was beautiful and intensively alive and peaceful.
Without perceiving things through the old filter of past conditioning and conceptualization, one can sense the universe is intensely alive. Even so-called inanimate objects – I often pick up little objects and just look at them and sense that they are alive. Physicists actually confirm that what we perceive as dead matter is not dead at all. Everything is an intensely alive energy field. That aliveness is only an aspect of the aliveness or life that I am.

Paula Coppel: Do you continue to live in the state of bliss and peace you experienced after that awakening? Eckhart Tolle: Yes, basically, the peace is continuously there. There is a variation of the intensity. At first it was an intense experience for a long period of time—weeks, months, years. It was a kind of bliss, but it was only bliss in contrast to what had been before. Now that kind of peace is normal. Once bliss becomes normal it’s no longer bliss, it’s just peace. 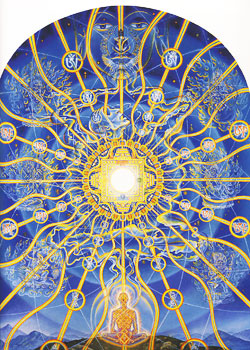 Paula Coppel:
Your awakening was dramatic and permanent. Most of us are trying to get there one step at a time. We still have to catch ourselves being in judgment or operating from ego and remember to let that go. Do you ever have to remind yourself of such things, or do you consistently live in higher consciousness without having to course-correct?

Eckhart Tolle: Well, for the transformation to be integrated fully into my life took quite a few years. At first, on the external level my life continued as if nothing much had happened, although there was one change. Things came into my life without any effort, sometimes on a very small scale, or on a larger scale. But I still continued with my old life, believing that the academic world was still my path. I got accepted for graduate work at Cambridge and, again, that came effortlessly, and for a while I enjoyed it. Then gradually I noticed a heaviness because everybody was in their minds and their egos. So, it took a few years before I readily realized, “This is not where I am meant to be.” I almost touched on unhappiness again at that point. I had to bring myself back to the present moment. It was like the mind tugging on my sleeve and saying, “Come this way towards unhappiness.” And I had to say, “No, I’m not going there.”

Paula Coppel:
Does your spiritual practice involve prayer and meditation, or is it more a state of being?

Eckhart Tolle: It is more a state of being. I don’t pray for anything, but I have used affirmations in the past a few times. They are really a bit more like realizations in that on some level they have already happened.
For instance, before I wrote The Power of Now, I had a vision that I had already written the book and that it was affecting the world. I had a sense there was already a book somehow in existence. I drew a circle on a piece of paper and it said “book.” Then I wrote something about the effect the book had on the world, how it influenced my life and other people’s lives, and how it came to be translated into many languages affecting hundreds of thousands of people. But I didn’t draw it because I wanted it to happen —it was more like I was writing down on this piece of paper what I felt was already a reality on some level. This is what I think people would call true manifestation and visualization. It doesn’t really work powerfully if you think you need to bring something about or attract it to yourself. It works most powerfully when you realize that it is already a reality on the unseen level. It’s already there. And when you fully realize it’s already a reality, you feel the power of it. Then the feeling you have when you look at a treasure map or a vision board is no different from the feeling you have when it actually comes into manifestation. 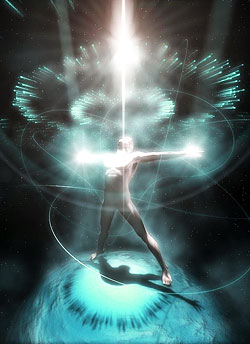 Paula Coppel: Many people are searching for what you would call their “outer purpose” – what they are supposed to do with their lives. How does that relate to “inner purpose”?

Eckhart Tolle: Even if you achieve your outer purpose, it will never satisfy you if you haven’t found your inner purpose, which is awakening, being present, being in alignment with life. True power comes out of the presence; it is the presence.
Some people are called upon to do great things externally in this world by creating some new structure that reflects their awakening consciousness. Other people, whom I call the frequency holders, are not called to go out into the world and create great big things externally. Their purpose is to let consciousness flow into whatever they do – to do everything in a sacred manner.

To do everything in a sacred manner means to do everything fully in the state of presence. Whatever you do, whatever you’re working with, whether it’s manual work or talking to people or buying or selling, every little thing encompasses the power and simplicity of presence. Those people, also, their state of consciousness spreads not only to everybody they come into contact with, but also on an unseen level it changes the collective consciousness.

Ultimately, every great endeavor consists of many little steps. You pick up the phone and you talk to somebody. There’s a voice on the other end and you say what you have to say. This is how I perceive my life. I don’t see myself as “Oh, I’m doing this great thing because I’m going to give this talk, now everybody’s going to be transformed.” If I had all these thoughts, I would live in stress because immediately the mind would say, “What if it’s not going to be inspiring and they are not transformed?” So the reality is there is only each present moment: You are called to give a talk. You get out of a building and into a car. You look out of the window. You arrive at the venue. You sit in the chair; you wait; you step out onto the stage. Every movement is simple. There is only that.

Read here the second part of this article