The Voice of the Fish 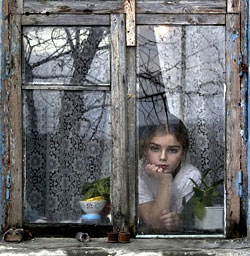 In 1626, on Saint John’s Eve, Professor Mead from the University of Cambridge (England) was crossing the town square, when he heard a ruckus coming from a fisherman’s stand. A group of curious people were gathered to examine the book that the fisherman’s wife had just found inside a large beluga. The professor wrote:
“I’ve seen it with my own eyes: the fish, its stomach, the piece of canvas, the book; and I am telling you of what I’ve seen. I was not there when they gutted the fish, few people witnessed that – only those who were near the stand when the woman beheaded it – but I was by the stand by the time the woman pulled the book from the beluga’s gut. When you see something like this with your own eyes, as I’ve seen, you can be sure this is no trickery. The fish was from Lynn (King’s Lynn, Norfolk)”.

The book that Professor Mead came into possession was covered in veil canvas; it was sticky and bent, but perfectly readable. It was a treaty of theology, written by John Frith a hundred years ago, during his imprisonment in Oxford. The authorities in Cambridge printed the book once again, under the name of Vox piscis (The Voice of the Fish) and decorated this new edition with a engraving of the fish, the book and the fisherman’s knife.
John Frith was imprisoned in a cellar where they used to deposit fish. The stench was so strong that many of his comrades died of it. Frith was burned at the stake as a heretic in 1533.

[J. Michell and R.J.M. Rickard, The anthology of bizarre, strange and inexplicable phenomena]

Ms. Eileen Bithell from Portsmouth, England, tells of an old forgotten photograph proved to be strangely prophetic:
“In the window of my parents’ grocery store, there was a framed placard that stayed there for years. It indicated the day our shop would be closed, each week. Fifteen days before my brother got married, I took the placard to change the day on it and I took it out of its frame. On the back of the placard, I found a photograph of a girl in her father’s arms. The little girl in the photograph was my brother’s soon to be wife and the man was his future father in law. We never managed to find out how did that photograph end there, on the back of our placard, because no one in my family knew the two. And yet, the two families were to be reunited twenty years later by this marriage.”

Richard Bach was a pilot and a successful writer (“Jonathan Livingston Seagull” and “Illusions” are two of his publications who were also published in Romania); he was doing some research in the Midwest, in 1966, aboard an old biplane built in 1929, an extremely rare model – there were only eight models built.
One day, in Palmyra, he lent his plane to a friend of his and he landed frontally with it. “We managed to fix everything, says Back, except one of the wing pillars. And how could we ever hope that we could find an exchange part for this rarest of planes?”
In that exact moment, the owner of the hangar which was close to the landing place came over to ask us whether or not he could help us with something; he gave us all the spare parts that he had from all his three hangars. Bach explained to him what they needed and the man went over a pile of old parts and he showed him the exact pieces they needed. Richard Bach’s conclusions were as follows:
“What was the probability of our plane breaking down next to this town, where there was a man who had that exact forty year old part we needed? What was the probability that he was there at the right time and we could push the plane through the vicinity of his hangar? Thinking that this train of events was a mere coincidence seems like nonsense to me.” 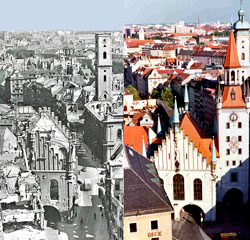 At the beginning of World War I, the French Secret Service agents arrested Peter Karpin, a German spy, ever since he entered France. For three years, until Karpin escaped, in 1917, they made up false reports in his name, addressed them to his superiors and they picked up the funds he received from them. With these funds, an automobile was purchased and in the year 1919, this automobile was run over a pedestrian in the region of Ruhr, Germany, a region which was occupied by the French, at that time. The victim was none other than Peter Karpin, the escaped spy!

[Ripley’s Giant Book of Believe It or Not]

The book and the postal card

During World War II, Arthur Butterworth from Yorkshire (England) was in a military camp found on the Taversham castle’s domain, near Norwich. He ordered a book about music from an antique shop in London. The package arrived and Butterworth opened it while he was next to the window of his cabin. A postal card fell out of the package, probably a bookmark that was forgotten by the former owner of the book. There was a date written on the bookmark: 4th of August 1913 and there was an imprint on the back of it with the very same thing that our soldier could see before his eyes on that very moment: the Taversham castle.
Since in times of war, military addresses were only indicated through postal codes, the sender could not know anything about the destination and therefore, he couldn’t have slipped the postal card as a token of friendship. In this book on music, Butterworth had found an extraordinary harmonic conjunction between space and time.

The unexpected occurrence of a UFO above the Bremen airport