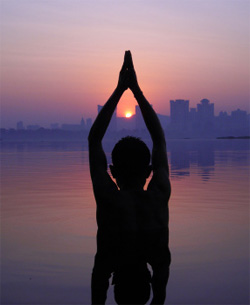 There are certain human beings who can suddenly awaken, under certain conditions, or in other words, spontaneously attain spiritual enlightenment, sometimes with no preparation whatsoever, only through God’s mysterious grace. In the yogi perspective, most often there is a required effort, shorter or longer, in order to return to the sources of the Immortal Self (ATMAN) which is in reality an eternal “spark” of GOD, THE FATHER, which dwells in every human being. Here are a few confessions which speak of this, whether old or new:

The Indian enlightened sage KRISHNAMURTI used to take not, each day, of such mysterious experiences in his private journal: “The moment I woke up this morning, I was struck by a sudden perception which revealed to me in the form of an ecstatic vision which appeared to be endless. She had no origin, no direction and it seemed to simultaneously and completely engulf all the perspectives, all the beings and all the things. The experience I had lived surpassed any river, hill, mountain, the earth, the horizon and all the creatures in its vastness. That profoundly astonishing “vision” was crossed over by a beautiful penetrating light and by a vibration whose velocity was nearly impossible to believe for me. My brain was overwhelmed. It was barely able to keep track of what was going on, and my mind, while expanded in a blissful vastness, was not capable of a different perception. For me, everything became a pure diaphanous light, which was felt in my being as an oceanic state of irresistible serenity.”

In his famous autobiography, the great yogi PARAMAHANSA YOGANANDA also describes the experience of divine light, which in his case was accompanied by an intense state of gratitude. Here’s his confession: “Oh, LORD, I prayed, overwhelmed by this grace, am I dead or am I still alive? An alluring play of diaphanous lights then appeared before my astonished expression. A vibration resembling a gentle murmur then turned into words: “What do life and death have to do with eternal light? I created you in the image of My Own Clarity. The Relativity of life and death belong to the dream, to the illusion of this world…” 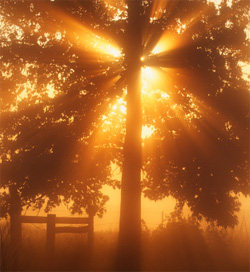 We can also quote the revelation of Saint PAUL on the road to Damascus, as being a profoundly significant one: “I was walking, getting closer to Damascus when, all of a sudden, at noon, a great light came from the skies and completely enveloped me in its blinding brilliance. I fell down, overwhelmed with astonishment, and I heard a voice telling me: “I am Saul, why do you oppress me?” I answered: “Who are you, Lord?” The mysterious voice answered: “I am Jesus of Nazareth, the one you are oppressing”. Those who were then alongside me could see the light which engulfed me but none of them could hear the voice which spoke to me… And thus I reached Damascus with the help of my companions who held my hand, because I couldn’t see anything, because of that blinding brilliance of that light.” On the next three days, Saul remained in this condition, he couldn’t see, couldn’t eat, couldn’t drink.

More recently, a Benedictine monk named Henry le Saux, after a long trip to India, where he became familiar with the authentic yogi tradition and later on, after reaching a high spiritual condition through the practice of YOGA, was named SWAMI ABHISHIKTANANDA – he described the state of divine enlightenment in his journal, as follows: “… in those moments, I’ve lived what I might say is eternity and I almost had no idea, nor of myself, or of this world, for everything around me had become GOD embracing me. Overwhelmed by this state, I can only say that I was only aware of this strange, beamless, bright light, with no reflectors, no profile and with no particular shape that the eye can rest upon and thus quantify it… Everything was just heavenly light, in the front, in the back, up, down, and I can also state that it appeared as a limitless sea of ice…”

One day, in 1973, the state of spiritual enlightenment manifested in such a powerful way that HENRY LE SAUX could not bear its overwhelming intensity any more, nor physically, nor psychically. After that, he wrote: “GOD is too much of an intense overwhelming light for you to remain unchanged before Him. You almost simply vanish, absorbed in the Supreme Source”. On the 15th of August, 1973, he wrote: “I ecstatically discovered the Graal! It is not far away, it is not close, it is in reality outside of everything… it is the flight to divine summits, complete awakening… and the search ceases when you’ve found it.”

Such examples are numerous and we could quote many more of them; they can be found not only among the religious or yogi testimonials, but they can be found in the descriptions of persons who spontaneously attained enlightenment, merely through the mysterious grace of GOD, without having any mystical, yogi or religious preparation.

What is it about? 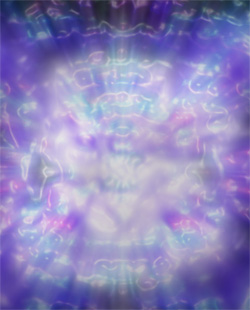 Some of those who teach yoga have sporadically taken interest in gathering such testimonials from the yoga practitioners from our courses and a few of them even made a careful analysis of these testimonials, constantly seeking the same essential objective: the goal of clearly emphasizing the universal general aspect of this “experience” and also, we tried to show that this mysterious state allows the unification of the Millenary Tradition of YOGA with Science.  On a more lucid analysis, we will easily become aware of the fact that this fundamental experience (SPIRITUAL ENLIGHTENMENT) represents the essential objective of any traditional spiritual path. The whole Tradition of wisdom is based on this state of divine Awakening, sporadic in some or even permanent in others, who have attained spiritual realization.

Spiritual enlightenment is a divine essential experience that, together with the sublime revelations it brings, it constitutes the basis of almost all essential spiritual texts that are advocated by different traditions of worldwide wisdom. Next to this immediate (direct) and “interior” knowledge of the nature of reality described by the wisdom Tradition, another approach has developed and risen in the twentieth century: Science.

It is most often based on observation and empirical evidence, which are generally based upon the five senses and formal evidence. Having reached the edge of the impossible, brave researchers already began to ask some essential questions: more than ever, today they are stimulated by the fear caused by the dissociation between knowledge and love, between the applications of their discoveries (which are not always beneficial) and ethics, a dissociation which may even lead us to a catastrophe, if nothing is done in the meantime. This is exactly why they are turning towards the tradition of millenia, where Wisdom and Love are inseparable. In fact, this is its essential message: this unique contribution would justify by itself the entire effort to reunite Science with the millenial yogi Tradition of wisdom. 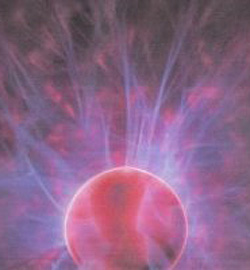 But this reunification often stumbles upon a great obstacle: for now, Science will not admit the millennial wisdom Tradition unless it will be able to check the entire value of spiritual enlightenment (which is the basis of the Tradition of wisdom) through its own specific criteria, Some will rush into saying: “Well, too bad for Science!” But this is a destructive way of thinking nonetheless, and those who embrace this attitude, they forget that currently, our entire civilization is practically dominated by Science and technology. If the validity of these states of spiritual enlightenment will be confirmed through the scientific control of these states, Science will then be able to draw from the millennial Tradition of wisdom in order to correct its own fundamental errors, as soon as possible. Another natural consequence that will occur is the fact that there will be many people who are currently extremely skeptic who will be able to enter, WITH NO HESITATION, an authentic traditional spiritual path.

We know that currently, we have the data which allows us to prove that such a research process can be conducted. Such research might prove to be fundamental for humanity. Moreover, we might add that through perseverent and correct practice of the millennary YOGA techniques, this research has already begun – research which is conducted in our very own inner universe or THE MICROCOSMOS OF THE HUMAN BEING.

The program of the last day of the Congress «God is giving us signs…», Sunday, 17th…

The program of the fourth day of the Congress «God is giving us signs…», Saturday,…