Five fundamental principles of spiritual life for a new era 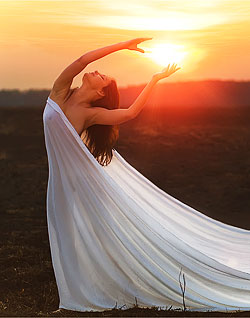 1. God the Father is and remains the one and the unique God of man, even in the moments we are not aware about this. Nature, within which the Eternal Feminine (Maha Shakti) is manifesting, is His temple. Beyond appearances, when our perspective is intensely and deeply transfiguring, each profoundly beneficial, divine and creative action can be seen as a sui generis ritual.

2. In reality, human beings are not equal, but every human being must be or become, and then remain completely free. People are identical only regarding the permanent presence of the immortal divine essence in their inner universe, which in reality is the Supreme Divine Self (Atman). All the human races existing on this planet are not equal, but it is necessary for us to take into account that each human race must be autonomous. Beyond appearances, the two genders (man and woman) are not equal, and yet none of these two should seek to dominate or to enslave the other.

3. In reality, each human being incessantly owes everything to God the Father, even when we are not aware about that. But, through sustained and adequate efforts, we can transform and awaken within us the fabulous potentialities existing in our inner universe. Thus, it is possible for every human being to overcome almost all limitations.

Almost always, every human being owes to the other human beings an absolutely fair, complete and exemplary honesty and integrity. Everybody owes to each human being the respect for freedom and the love that each human being is free to manifest, strongly connected to certain elective affinities and to certain spontaneous beneficial tendencies appearing within her or his inner universe.
4. Every time, without exception, each human being is offered that which she or he asked for. Knowing that, we should never disregard the fact that both during the process of inner transformation as well as in the process of self-knowledge, one acts only for oneself. 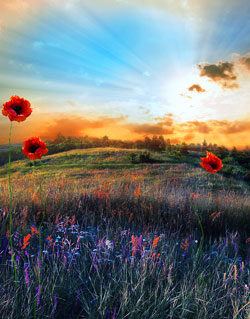 Beyond appearances, each of us has only that which she or he deserves and every human being is offered gifts according to her or his talents, abilities, qualities and virtues. Having a profound comprehension on this, every human being must make sustained and adequate efforts in order to fully awaken and activate the qualities, skills and talents which she or he was incarnated with. At the same time, every human being must make attentive, systematic and persevering efforts in order to fulfill his or her meaning or, in other words, mission in this life, in the best conditions.

Beyond appearances, every human being manifests intentions and makes choices according to one’s degree of inner transformation, to one’s level of intelligence and to one’s preferences. Knowing this, one can perceive intuitively and can understand why each human being acts for oneself, following one’s own interests and one’s own goals, as we can often notice and see in the majority of human beings.
5. There is a fundamental golden rule that says: “Do unto others as you would have others do unto you”. A second golden rule, less known, says: “If necessary, we really must make sustained and adequate efforts so that everything that is good, beautiful, divine and true should never be forbidden.”

The inner call, as well as the carefully supported goal to fulfill our own mission must be and must remain our first responsibility and our first right. It is also essential to take into account that all beneficial abilities, all divine calls, all wonderful talents, all creative skills, all divinely integrated tendencies, all beneficial, beautiful and sublime predispositions, all good and divine preferences, all talents and, in general, the vocation we feel, must be carefully discovered, brought into awareness and then fully awakened within us. And this is necessary in order for us to become, both for ourselves and for the other human beings, genuine treasures and authentic living examples.

Article from The Program of the Spiritual Yoga Camp, Costineşti 2010

What the yogi aims for through YOGA practice