How I have succeeded to overcome a daemonic doubt

…and the gift that I have  received afterwards during the meditation with the state of glorious androgynous
in the YANG spiral on 03.05.2010 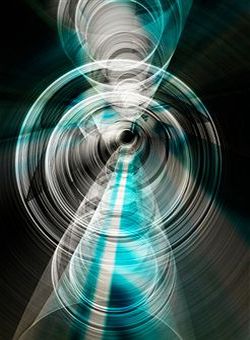 During the Men’s Conference on 02.05.2010 I have asked a question regarding the energetic vortex that we visualize in the yang spiral meditation at the level of the whole spiral. Grieg had suggested us, in a special message which has been read to us at a conference, that during the Yang spiral meditation we should visualize a ‘’personal’’ vortex of energy which revolves around us  in the yang direction, having the spine as the main axis.

My question was related to the vortex at the level of the whole spiral, why is this centrifugal and not centripetal, as it was if the spiral would be built the other way around. I have recognized afterwards that this question (misunderstanding), that I have for a long time, it came from a daemonic doubt which was induced to me by a remark of Narcis (Narcis Tarcau – former MISA teacher), that he did several years ago, saying that the yang spiral as we do is actually yin.

The answer that I have received from Savel (one of the yoga teachers in the presidium at the men’s conference)  was very inspiring and made things clear for me. He told me to focus on the “personal” vortex and leave the rest for the spiritual guide. I have recognized then the similarity with the answer that Krishna gave to Arjuna, respectively to go to the battle and to do his job and not worry about the cause of that war and its consequences, because those were God’s business.

At the beginning of the meditation with the theme The glorious androgynous state (which was done in the yang spiral in Herculane on 03.05.2010, in unison with the women form the women’s conference), my thoughts were flying everywhere, just like the butterflies on the meadow. I was aiming to make them still, as  much as possible, and I prayed God to pour into my being His mysterious, divine love energy. In that moment I have remembered of the personal energy vortex which I have mentioned before and I started to visualize it. This was followed by a strong energizing of my etheric body, my physical body started to tremble and I could see with my mind’s eyes the energy which was revolving around me, in a yang direction, in circles of about 1m in diameter. The energy did not move only horizontally but also vertically. There were even some colored circles (blue and violet), which consisted of energy and which were revolving around me and were moving from the feet to the head and from the head to the feet. 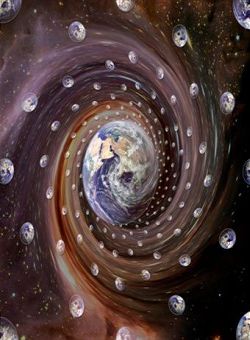 At one point, the energy vortex increased its diameter, reaching a few tens of meters, and after this even more, it was containing the surrounding mountains, then a much larger area on Earth, and after that I have identified myself with the entity or being that is planet Earth. This state of consciousness was the Earth’s rotation axis and it was also all around it, just like a cover or a body which was rotating the whole planet. Then my consciousness was identified with the being or the entity that is the Milky Way and I could feel how that consciousness was the axis around which the whole galaxy was rotating, just like a body.

Then it came a kind of absorption in a much wider consciousness, but somehow also point-like in the same time, like a black hole, as I identified as being God’s consciousness, around which the entire Universe is rotating. The state that I was perceiving was total stillness. I have experienced this state also in some other meditations, the  most clearly in meditation with the theme “What will happen to me after 777 billion of billions of years?”.

While I was experiencing this, I was still aware of some thoughts I had in my mind and of my physical body, but I was noticing that they are ephemeral and I was perceiving them form somewhere “on the top”, room a state of witness.

After the meditation, I was left in a state of deep peace and with a big love in my heart, which was embracing everything.