We continue to present the transcription in which a courageous chemtrail chemist whistleblower, known only as OP, appeared on godlikeproductions.com’s blog and spilled the beans on his 17 years of developing chemicals for dispersion on the human population, 90% of which were designed to “alter emotions / mood / state of conscience” as well as provoke “flu-like symptoms”!

– I’m curious as to what motivated you to discuss Chemtrails?

I guess I’ve been needing to get it off my chest for some time. I can’t talk about it with family and friends – they think I am making some sort of “mad scientist” joke and laugh it off. None of them have ever taken me seriously when I pursue to explain the details of my career. I was just a research chemist as far as they are concerned.

– If you write it all up and mail it to all the major newsdesks — anonymously & from a remote location — you could blow the lid off the subject. And possibly even save some people.

The other aspect is, I have absolutely zero proof other than my word. I know for a fact that our research lab is no longer in the same location as it was when I worked there. I drove by a couple years ago, and the sign is for some new company I’ve never heard of. I was forced to surrender my lab notebooks upon retirement.

I was also forced to allow them to search my house and car upon retirement, and they were given full right to confiscate anything that could have been related to my work. People have come to the media saying they worked at Area 51, but never get real media coverage for the same reason – the only proof they have is their experiences.

1) You mentioned these chemicals were sometimes designed to “calm”. Any of these mixtures have to do with memory loss or attention deficits? Seems like people are complaining more and more of being scatter brained and forgetful. People seem to lose focus a lot too.

2) Is there a way to avoid them or detox from these chemicals?

There was one project where we were asked to “experiment” with memory loss compounds. I think our contractors asked us to “experiment” because they knew it was a very tricky field. We ended up making a little headway, but could not develop anything that was anything near safe for use on humans. So the project was scrapped. As far as attention deficit, there was a project we worked on that was supposed to induce temporary inability to focus. I suppose that’s the same issue.

As far as a way to avoid these sorts of problems… I suppose a way of avoiding chemicals greater than 0.1 μm in size would protect you against most of what we worked on. Good luck wearing something like that and not looking like a nutjob in public (maybe Japan has the right idea?). Detox – no clue. Not my area of expertise.

– Did the experiment on memory loss involve the neurotransmitters? Was it chemical as in pharmaceutical in nature?

Good questions. We were indeed pursuing to alter the behavior of neurotransmitter receptors (G protein-coupled receptors to be specific) for that project. But we were unable to achieve the desired result without jeopardizing the safety of the subject.

– Versed creates amnesia as does other similarly classed pharmaceuticals. Was this the nature of the research in pharmaceuticals with conscience altering states?

Are you referring to the drug Midazolam? All I know is that it’s a somewhat controversial drug, but looking at it’s chemical structure, I can say that it shares some reactive properties with chemicals developed for projects with the intent of altering state of conscience.

I’ll aim to summarize the project without getting too specific. We were looking at a specific family of G protein-coupled receptors only found in brain tissue.

By developing a compound that bound to the receptor and blocked the binding of the naturally created compound, we achieved mediocre success in the inhibition of creation and storage of new memories. But test mortality rates were too high, and the project was abandoned. One of the more interesting ones we ever got to work on, though.

– Thanks. That’s what I was wondering about with the focus. I hear many people say they can’t read past a few sentences in a book before they lose interest, lose concentration or get bored. Also, when you say “calming” effect, is that the same as “lazy” effect? People seem way unmotivated/lazy too.

And no, I don’t really practice chemistry. I made enough to retire comfortably, and the only contact I have with the field is reading the occasional major paper that is published. 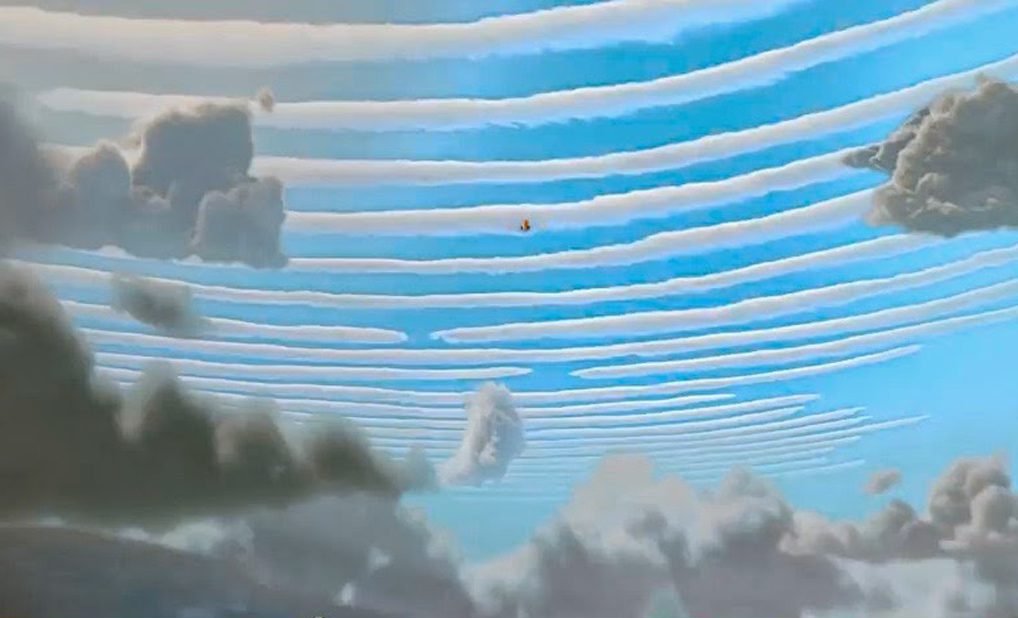 – G protein-coupled receptors that signal Phosphatidylinositol would actually enhance cognition, wouldn’t it? Were you targeting this pathway or the cAMP?

This particular project did not deal with the phospholipid you mentioned nor the cAMP pathway. I wish I could get into more specifics with you as it’s clear you also have a background in either chemistry or biology (or both), but I really wouldn’t feel safe getting into the specifics of the compounds, pathways, and receptors we were working on.

– Do you think it is likely that many of the projects you were asked to work on during the 80s-early 2000s could have by now been figured out?

– What really concerns me is that the idea (which means there is a motive and agenda behind it) EXISTS and someone wanted you guys to pursue and figure it out. Just because the technology was not there during your time, do you think there could be a good chance that it has been developed since?

– I heard a rumour that an agent was dispersed in the Middle East area over the past year to basically reduce the “God” particle in us. Many say this is what explains the numerous revolts we saw occur last year. Do you have any opinion on this?

– Is there any way to sue the Government for knowingly affecting us without a choice in the matter? Do they not fear the response from other countries that may not want these chemicals polluting the water, and eventually food that may be exported to them?

– You mentioned before that there should not be a harm if they applied these chemicals in the way that you guys advised. I am scared as after hearing about families being sprayed with Corexit, and the planes spraying along the shoreline when they were supposed to be a couple miles away from the shore, that these types of Chemicals you guys produced would have been purposefully released in a way that was not recommended to achieve a quicker drastic result.

Wow, that’s a lot of questions. I’ll answer the ones that I can.

Projects that I worked on in my time that were unsuccessful: Yes, it is quite possible that with technological advances in the last decade, some aspects we were unable to accomplish have since been done (memory agents?).

However, I won’t rule out that the rash of revolutions in the Middle East were the result of a chemical agent. Not likely, but not impossible.

– Were operating perimeters given for different ‘cocktails’ you created, i.e. did they tell you the delivery system or at what height and atmosphere it had to activate in?

– Secondly, what materials do you put into cocktail to make it spread and hang in the same place for hours when other clouds are scurrying past.

As far as your second question, this is hard for us to control. This is where recommended delivery conditions come into play. A spread hanging in the same place for hours could be due to incorrect deployment. 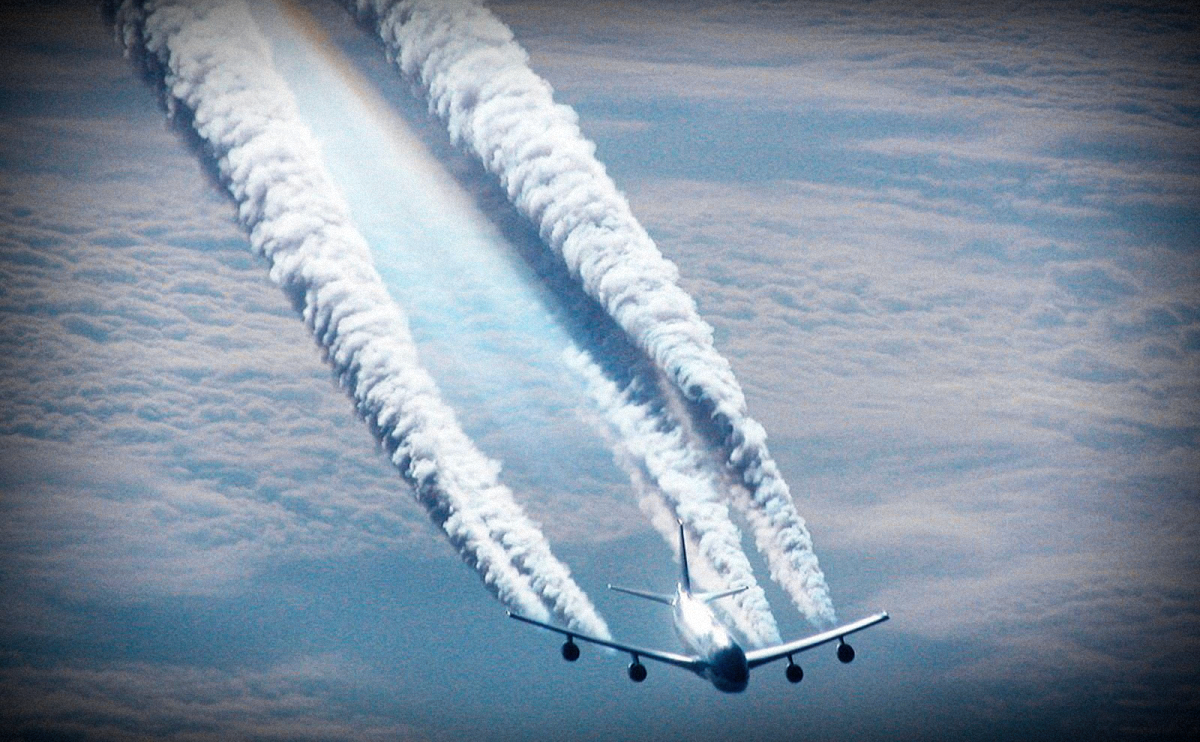 – What about experimenting chemtrails on humans?

Never in my 17 years did we ever test compounds on humans. It was always rats, and in some cases where those tests proved inconclusive; pigs. If we had been testing compounds on humans, I would’ve quit the first day. That being said, I obviously was aware that these compounds would be used on humans, hopefully as directed. But we tested and developed them using lab rats, not humans.

– Do chemtrails have anything to do with the increase of suicides?

No clue. I absolutely hope not. When testing on animals such as rats, it’s tough to gauge if they become suicidal. It’s a decidedly human state of conscience. But we did keep hormones and pathways related to suicide in conscience when developing chemicals. We never did any work involving these hormones or pathways.

– Do you think that perhaps there’s a more secret, more subtle level of covert research that caters to even more reckless interests?

I hope not. The idea that there might be people out there contracting work from other labs with more “reckless interests” in conscience gives me chills.

– If you were looking for “calming” were there studies that you saw that proved or disproved your work in the lab was working?

If there were other labs doing research on chemtrail compounds (and I’m almost sure there were/are), they weren’t publishing their work.

Neither did we. So that was one downside – I couldn’t read papers about exciting progresses in my field. I just had to keep up with major chemistry journals. As far as chemicals related to “calming”, yes, I can say that the ones we developed were proven to work on rats, and in one case, pigs.

– Any DNA manipulation? An online video shows a very interesting presentation that there are large traces of human red blood cells, something engineered to withstand the harshest conditions which is connected to morgellons.

Never in a permanent sense. I can remember a project that involved temporary blocking of certain transcription factors, but I never worked on anything that sought to manipulate DNA in a permanent sense. I’ve seen a couple people ask about red blood cells, and whether they were ever part of mixtures? The answer is no, not as part of anything I ever worked on. Not sure why someone would want to spray blood cells; they would only be able to enter your bloodstream through an open wound, and would almost certainly be immediately attacked by the body’s immune system.

Also, I’ve seen a few people mention Morgellons disease. I literally know nothing about it; I’ve only heard of it in the past few years. I’ll have to read a bit about it.

Scientific “proof” is a myth: the limitations of science and the medical paradigm (2)