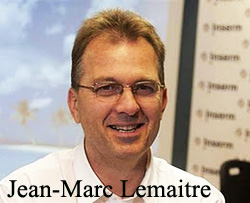 In the 1st of November, 2011 issue of Genes & Development a scientific article was published showing the results of a research team concerning the possibility to rejuvenate some aged non functioning cells. The team, from the French National Institute for Health and Medical Research (INSERM), called “Genomic Plasticity and ageing” and managed by Jean-Marc Lemaitre, “rejuvenated” cells from people over 100 years old. The adult aged cells were taken and reprogrammed in the laboratory to become pluripotent stem cells – cells that are able to produce any type of cells/tissue. The experiment failed and thus the older cells found their youth and the characteristics of embryonic stem cells.

As a first step, the researchers were able to multiply the cells from the skin of a 74-year-old, so that they reach the stage of senescence. Then they reprogrammed the cells, thanks to a chemical cocktail. An analysis of the obtained cells showed that they did not preserve any track from the ageing stage at which they had reached and that they have the physiological traits of young cells, both in terms of proliferation ability and in terms of cellular metabolism. Therefore, what was achieved was the restoration of some normal cells, which had reached the maximum point of attrition, in which they could not divide any more, their senescence, at the stage of non-specialized cells, therefore very young, with a huge potential of division and differentiation, called induced pluripotent stem cells. Jean-Marc Lemaitre said: “The age markers of the cells disappeared, and the cells that we obtained are able to produce functional cells, of all kinds, with a capacity of proliferation and an increased longevity. These methods were then applied to the cells from older people, of 92, 94, 96 and respectively 101 years. And it was noted that the results were similar. “Our strategy worked also on the centenarians’ cells. The cell age is no longer a barrier in reprogramming.” said Jean-Marc Lemaitre. 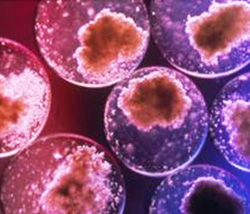 Until now the work of Dr. Lemaitre research could not pass the barrier of cells senescence – the ultimate point of cellular ageing, after which cells no longer proliferate. This barrier limited the potential success of this technique for cell therapies applied to the elderly. Regarding this, Mick Bhatia, manager at the Stem Cell Institute and Cancer Research from McMaster University in Canada, said: “Some scholars say that it is more difficult to generate induced pluripotent cells, when the person is older, but other laboratories say that it is not true!” This limit has expired and enthused Dr. Lemaitre‘s team to investigate the possibility of returning the senescent cells to the stage to divide again, to be young again.

Induced pluripotent stem cells were for the first time produced by the Japanese researchers at the University of Kyoto, in 2006. Since 2007, several research teams in the world have started to realize it. The discovery of the possibility to rejuvenate adult cells, causing them to return to the immature stage, pre-specialized, has fuelled the embryo research with a new enthusiasm as regards the made efforts in order to generate new and fully functional muscle, nerve and cardiac cells, from adult aged cells. The barrier of this discovery is the senescence of cells – a natural process of ageing, and which is completed with the death of the cell when certain cellular mechanisms become too worn to work.

The INSERM team overcame this limit by adding two ingredients, two transcription factors, to the method of rejuvenation of the pluripotent stem cells induced from differentiated cells – a technique that was perfected in 2007. By reprogramming the aged cells using a specific cocktail that contains six genetic factors, the researchers at the Institute for Functional Genomics in Montpellier University led by Dr. Lemaitre, shown that the stem cells possess the characteristics of the embryonic stem cells, since they are again able to renew and differentiate. The discovery demonstrates that the process of aging is reversible and that the myth of youth without old ageing could become real. “The age of stem cells is no longer a barrier to their reprogramming.” said researcher Jean-Marc Lemaitre, coordinator of the study. 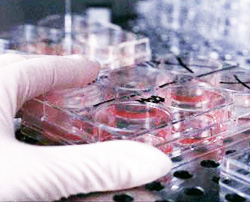 Returning to the discovery of the researchers from INSERM, the main use of the obtained rejuvenated cells would be the regeneration of organs affected by the passage of time. Ancient sages used to keep their body young with the help of certain techniques that made use of mental or spiritual forces. In ancient times also, human beings had the consciousness of the physical body and did not ask doctors or scientists to cure their diseases, to repair them, to put other organs in place of those whom they deteriorated due to an unaware and abusive life style. The fact that this discovery will be used to repair bodies, without it representing a means of prolonging life in order to learn the deserved spiritual lessons and to evolve spiritually, brings a shade of sadness as it clearly shows the blindness of scientists towards the spiritual aspects of life.

Looking deeply into this, the discovery made by the French researchers shows the quality of “perpetuum mobile” as a potential state in the human body, the encryption in the physical body of the quality of endless renewal and regeneration that replicates analogically the eternity of the spirit. And so, here’s that science confirms the words inscribed on Hermes Trismegistus’s emerald plates: “What is below is as what is above, and what is above is as what is below, to complete the miracle of everything.”

Documentary: European Parliament and Council of Europe gives out a warning on Romanian justice for abuses in Gregorian Bivolaru case

Evidence of seven levels of infrastructure beneath the Giza…

The great covid masquerade: How the number of dead was…