For most of recorded history, domination by brute force has been the norm for human (so called) civilization. Someone claws their way into a position of power over the other humans, and you obey and respect him or he’ll have his goons attack you.

As people became more educated and more aware of what’s going on in their world, they began to decide that they didn’t much like being attacked by the ruler’s goon squad whenever they stepped out of line. Because there are a lot more ordinary people than rulers, this forced an end to the practice of rule by overt brute force tyranny in some parts of the world. 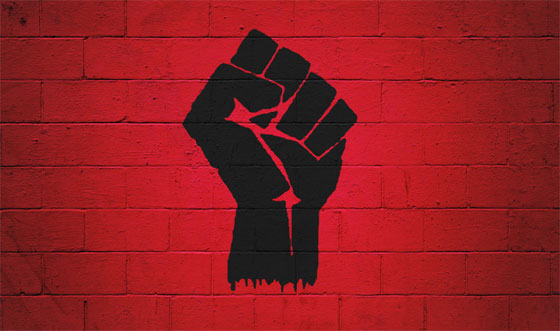 So a few aspects modified. First, we began to see rulers shipping their violent goon squad enforcers overseas. While it is now taboo to openly butcher members of your citizenry who oppose you, it is considered perfectly acceptable to send troops across the sea to destroy foreign nations which disobey your dictates.

Second, since it is no longer considered appropriate to physically force your nation’s citizens to comply with your agendas, we’ve seen a shift to psychologically compelling them to comply instead. Now instead of being compelled to advance the interests of the powerful under threat of being bashed in the head, we are psychologically manipulated into advancing those interests by mass media propaganda and other forms of narrative control.

We each inhabit two very different worlds simultaneously: the real world, and the narrative world. Manipulators exploit the differences between these worlds to trade narrative-world currency for real-world resources.

With the murderous good squads now doing their business overseas and our rulers now chaining our consciences instead of our bodies, things look a lot more civilized. But they aren’t really. They still get everything they want, and if we ever want anything that inconveniences them, they simply manipulate us in a more convenient direction.

Being manipulated into voting for and consenting to the agendas of the powerful is not meaningfully different from having the agendas of the powerful forced upon you. People think of control by propaganda differently from control via brute physical force because we have a tendency to imagine that the body and conscience are separate. Chaining people’s bodies looks tyrannical while chaining their consciences does not, but as far as the powerful are concerned they accomplish the same goal.

The unaware believe that civilized society has dispensed with tyranny and moved to democracy, where people enact their will through voting. The more aware see that this “democracy” is an illusion because the will of the public has been totally hijacked via mass-scale psychological manipulation by the powerful, but still see this movement away from brute force tyranny as a major victory.

The truly lucid see that while psychological abuse is in some ways preferable to physical abuse, all the powerful have really done is move the chain from around our necks to around the thought bubbles above our heads. As far as the powerful care, nothing has transformed.

You see this play out in abusive relationships: “She can leave whenever she wants, door’s right there.”

You see it in abusive cults: “Everyone is here of their own free will.”

You see it in abusive governments: “Things are the way they are because of how people keep voting.”

And it’s always a lie. Forcing someone’s conscience in a given direction is the same as forcing their body in a different direction; the only difference is one makes you look like an abusive tyrant and the other form of tyranny is far less obvious. They’re both forms of tyranny though.

The fact that tyranny by manipulation is less obvious is why it’s the chosen route for tyranny to transpire through in the western empire. Vast fortunes are poured into controlling the way people think, act and vote via mass-scale psychological grooming in the form of plutocrat-controlled news media, influential plutocrat-funded think tanks, and the ever-expanding agenda to control what information people consume on the internet. 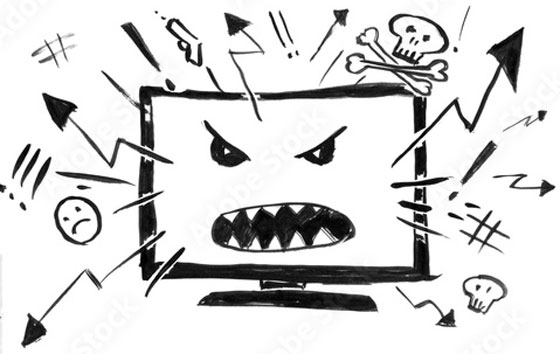 If people saw a husband walking his wife with a chain around her neck with her hands and feet in shackles, they would be shocked and alarmed. But people see wives with psychological chains around their consciences every day and they never know it. In both cases the wives are victims of abuse, but in the latter case no alarm bells go off, and no attempts to help are made.

Manipulation is force. Diddling narratives and exploiting cognitive biases to deliberately subvert someone’s personal will is force. Pushing someone’s conscience in a given direction via deception and dishonesty and is not less abusive than pushing their body in a given direction via brute force. It just occurs that the latter is taboo while the former is encouraged and rewarded with lucrative punditry contracts and huge think tank contributions.

“What I do advocate, in as many different ways as I can come up with, is a decentralized guerrilla psywar against the institutions which enable the powerful to manipulate the way ordinary people think, act and vote.” (Source)

We will not be truly free until we free ourselves of this psychological domination. We will not free ourselves of this psychological domination until we see it the same way we see tyranny enacted by physical brute force. We need to learn to not just perceive the chains around the conscience, but to view them as just as shocking, horrifying and unacceptable as chains around the body.

Until then it won’t matter what else we do. People talk about forming viable third parties to upend the status quo, but as long as the psychological chains are in place they’ll just manipulate that new three-party paradigm in the same way they manipulate the two-party one currently. People talk about staging a leftist takeover of one of the two parties, but again as long as the mass-scale manipulation machine is in effect that dynamic will keep coming down in favor of the powerful.

We’ve got to make those chains visible to everyone, and we’ve got to make them as outrageous as physical ones. We do this by highlighting the various ways mass-scale psychological grooming is being conducted by the powerful, thereby drawing attention and awareness to what’s going on.

Make fighting mass-scale psychological manipulation your foremost priority. Awaken people to the fact that they are being manipulated, because manipulation only works when you don’t know it’s occurring. Help people see the chains, and you will give them the ability to remove them. Then, and only then, will it become possible to create a healthy world together.

All beneficial human transformation is the result of expanded awareness, from substance abuse recovery to civil rights. It was the expansion of awareness which forced them to move from tyranny by brute force to tyranny by manipulation. Expanding it further will force them to move off of this as well. The chain was wrapped around our bodies, now it is wrapped around our thought bubbles, and soon we will remove it altogether.