In Dr. Michael Salla’s book Antarctica’s Hidden History we learn about the Thule Society, the German Secret Space Programme, the Reptilians, the Nordics and so much more. A brief summary of his book is below.

The Thule Society believed in a mysterious force called Vril, a force that could be harnessed by individuals; their aim was to gain power using this force.
With the help of a psychic called Maria Orsic who telepathically communicated with Inner Earth humans they obtained information and plans to build flying saucers.
The Thule society started to produce flying saucers. 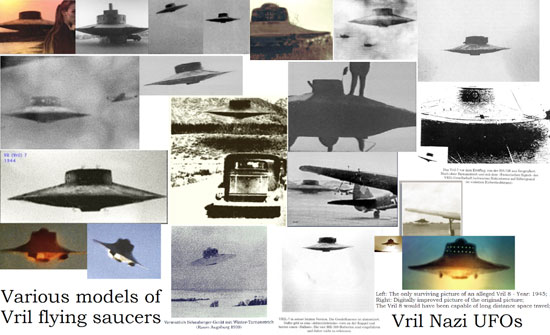 During the Second World War when the Germans realised that they were losing, the Thule Society transferred all their manpower, knowledge and technology to the Antarctic.

Antarctica is about the same size as the USA and Mexico combined. It has three large mountain ranges and approximately 138 volcanoes. So there was plenty of room for both groups to expand.
The Thule society group wanted power and when they moved to the Antarctic they took many slaves along with them.
Both groups carried on with their work in Antarctica, one with the help of the reptilians and the other with the help of the Nordics.

The USA was aware of the Germans in Antarctica and tried to come to an agreement with them.
In 1946 Rear Admiral Richard Byrd went down to the Antarctic to destroy the German bases.
This was called Operation High Jump – 4,700 military troops, 6 helicopters, 6 Martin PBM flying boats, 2 seaplanes, 15 other aircraft, 13 Navy supply ships and 1 aircraft carrier accompanied Rear Admiral Byrd.

Operation High Jump’s cover story was said to be one of scientific research in the area. Really it was a military force against a secret enemy.
The mission was supposed to last 6 months, it only lasted 8 weeks. The German Secret Space Programmes technology was far too advanced for Admiral Byrd and his military to overcome. He was defeated.

Many of the UFOs originally seen flying around at this time were the German Secret Space Programme UFOs.

In 1952, UFOs appeared over the White House. At the time they were thought to be aliens from another planet, but really it was the Germans showing off their hardware.
In February 1954 Eisenhower had a secret meeting at Edwards Base with Maria Orsic and the human looking Nordics; they attempted to dissuade Eisenhower to continue with nuclear weapons and warned about the Germans who worked with the Reptilians.
Maria Orsic’s group wanted peace and the new technology to benefit all of mankind. Ultimately Maria wanted humanity to be part of the galactic community. Eisenhower rejected their offer.

In February 1955 Eisenhower had another secret meeting, this time with the German and Reptilian group at Holloman Air Force Base. It is believed that an agreement was reached with this group.
Corey Goode has said that after the treaty was signed, a US Secret Space Programme began. The US SSP and the German Secret Space Programme tried to infiltrate each other’s groups. The German SSP eventually won. They soon took over US financial systems, the military industrial complex and the US government.

It was agreed that worldwide corporations would produce equipment for the German Secret Space Programme. This was possible because many US and German industrialists belonged to a secret group who had no national affiliations.
This group is known today as the elite, the cabal or the illuminati. 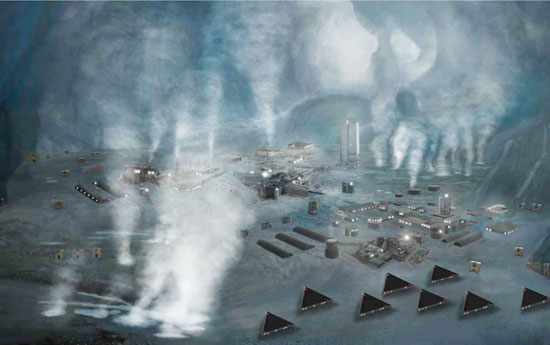 Eventually the German SSP built bases on the Moon and Mars and they still used human slaves to do their work for them. William Tompkins says the slave trade is big business and it is still happening today.

The German SSP became known as The Dark Fleet and the USA Navy SSP became known as Solar Warden.
US intelligence insider Corey Goode says the human slave trade is now run by the Interplanetary Corporate Conglomerate which was started by the elites who secretly control the Earth’s governments.
The elites believed many humans were being abducted anyway so they decided to make a profit from this activity. They now sell humans to extra-terrestrials as slaves.

The Dark Fleet is still operational in the Antarctic and they were the first to become aware of its hidden secrets.
In recent years the volcanoes have caused the ice to melt revealing alien spaceships and many artefacts. Inside these alien space ships they have found the bodies of pre-Adamites in stasis chambers.

Pre-Adamites have elongated skulls and strange shaped bodies due to the different gravitational pull on their home planet as opposed to the Earth’s.
They are said to have arrived on Earth 55,000 years ago. It is said they arrived from a planet in our solar system, generally assumed to be Mars. It is this group that is believed to have created human alien hybrids by interbreeding with the humans at that time.
They took over the world with their advanced technology.

The illuminati, elite, cabal or powers that shouldn’t be claim to be descended from the pre Adamites and that is why they feel they should rule over the world and we should all be their slaves.
It is not sure how the pre Adamites came to be frozen in the Antarctic – one theory is that the Antarctic was once in a different position and the poles shifted suddenly causing the area to freeze instantly. Some of the space ships have crash landed in the area causing another puzzle.

Corey Goode has visited Antarctica and seen the large caverns and huge cities. He has seen the artefacts and the huge space ships. This information as usual is being kept secret from the general public by the governments of the world.

There is obviously far more going on around us on this Earth than we could ever have realised. More and more information leaks out every day.
Emery Smith has stated that the Earth will reveal the answers to us all eventually, and in the case of Antarctica once the ice melts, he will certainly be right.
Let’s hope we don’t have to wait that long!