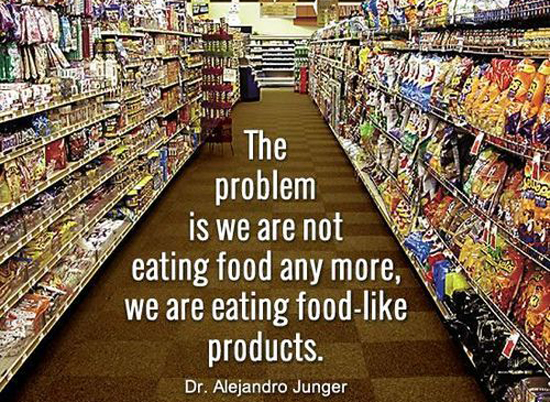 You probably know that there’s a world of difference between packaged foods and real foods. After all, most packaged foods wouldn’t be shelf stable without the inclusion of chemical preservatives and highly processed ingredients.

What may surprise you is that many of the foods in the supermarket that look “real” – dairy, meat and fresh produce – are themselves practically fake foods, filled with additives and chemicals and processed nearly beyond recognition, or digestibility. So warns Julian Rose, an early pioneer of organic farming in the UK and the founder of the Association of Unpasteurized Milk Producers and Consumers. Rose is currently the president of the International Coalition to Protect the Polish Countryside.

Rose says that most consumers who walk into a supermarket think they are being offered a staggering array of choice – but they’re wrong.

Rose uses dairy as an illustrative example. When you look at the store shelves, you see offerings from perhaps six different brands (“mega dairies” Rose clarifies), each of them offering skim, reduced fat and whole milk options. But all the options are homogenized and pasteurized.

After sitting for about a day, milk naturally separates into a cream layer on top with a liquid layer below. Homogenized milk, however, never separates. Homogenized milk is promoted by the dairy industry as “more attractive” than no homogenized milk, but the real benefit to the industry is its longer shelf life and the ability it provides to combine milk from different cows and dairies.

Does homogenization do any harm to the nutritive value of milk? Rose says yes. The process of homogenization involves blasting milk at very high pressure through tiny holes, which pulverizes the fats in the milk into molecules too small to separate out.

“What comes out the other end resembles another ‘food’ – and by the time it’s also been heat treated (pasteurized), squirted into a plastic bottle and stuck on the supermarket shelf for a few days, it is another food”, Rose writes. “Food? No sorry, shouldn’t really use that term.”
Experts have raised concerns that the altered fats in homogenized milk may be more dangerous to the cardiovascular system.

Real milk, Rose insists, is non-homogenized, unpasteurized, and comes from cows not treated with antibiotics or hormones. That is, it’s raw milk. 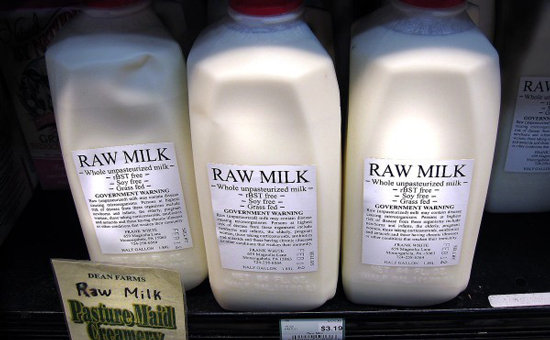 But in Europe, where Rose lives, raw milk is illegal in many countries. In the United States, raw milk is legal in some form in nearly every state, although the specific regulations vary.

More reasons to raise your own food

Dairy is just one example of Rose’s point. He also points to meats, which come from factory-farmed animals crammed into tiny cages that are then stuffed by the thousands into giant, lightless sheds. These animals are then treated with antibiotics to prevent them from their unhygienic conditions.

They are slaughtered after only a fraction of their natural lives. A meat hen is killed after ten weeks; an egg layer after even less time. Pigs are slaughtered after four to twelve months. But Rose notes that in free range conditions, both species are able to live for five to six years. Processed meats, such as sausages and deli slices, are further filled with preservatives, chemical stabilizers and even artificial colors. Besides the ethical point of view, these are even more reasons to stop eating meat, for good.

However, even the vegetables are fake, Rose says, inasmuch as they are covered with toxic chemicals. That’s because the average crop is sprayed with pesticides ten to twelve times over the course of its growth.

What’s the answer? Raise your own food, Rose says – or at the very least, shop in places that you trust to sell real food, such as farms, farmer’s markets and reputable natural grocers.

Five Reasons Why You Should Stop Watching TV