Five Reasons Why You Should Stop Watching TV 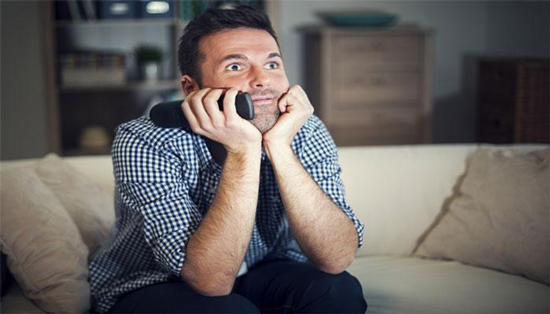 People use to spend tremendous amount of time in front of their TV screens, ever since their childhood, watching all kinds of shows, most to entertain themselves, but some for their so-called information. Unknowingly, they waste a big part of their life in front of the TV screen, not being aware of the harmful consequences it has on them physically, mentally and spiritually.

One blogger confesses: “Only on rare occasions have I watched television, and, for more than the last 10 years of my life, there’s no TV set to be found in my house.”

Now you might ask: But is watching TV really that bad?
The truth is that television is a tool that can be used both for good and bad purposes, but as we know it to exist today, for the most part it’s certainly detrimental to our well-being, and here are five compelling reasons why you should stop watching TV:

1. It feeds your mind with lies

One of the best reasons why you should stop watching television is that it is feeding your mind with lies.
Mainstream television is controlled by the corporate elite, which, due to its vested interests, brainwashes people with false information. Most people think that newscasts present the truth in an objective manner, but in reality they do so in such a way to program people into believing what the elite wants them to believe, thus slowly turning them into passive, thoughtless beings, who, unaware of their ignorance, fervently believe that they possess knowledge about most social issues.

2. It turns you into a mindless consumer

The reason why most TV channels exist is purely for the economic gain of their owners, and what is a better way to earn money than by displaying commercials? Manipulative advertising is urging people to always desire to buy products, by making them believe that what they need in order to become happy and successful is to consume – and that the more they consume, the better their life will get. In reality, however, material objects don’t contribute to our happiness and overall well-being once our basic material needs are met, hence buying more stuff in order to fulfill our emotional needs will always leave us empty and disappointed.

3. It makes you feel bad about yourself

In order for commercials to work, they first need to convince people that they are not good enough as they are. For example, in order to make people buy beauty and fashion products, they first need to make them believe that they aren’t beautiful and significant. If they want to sell a shiny car, they try to make people feel that they are lacking confidence and status.
As you can understand, television is constantly filling your mind with negativity and can ultimately make you an enemy of yourself.

Another obvious yet by many unrecognized reason to stop watching TV is that it is having a negative impact on your health. Numerous studies have shown that watching TV for just a couple of hours every day can significantly increase the chances of obesity, heart disease and diabetes.

5. It disconnects you from people

People are social beings, with a deep desire to connect and communicate with others. Being used to spending hours upon hours watching TV, however, the majority of them end up being lonely and alienated, confined within four walls, away from the presence of other people, such as friends and relatives. As a result, they become depressed, not having anybody to share their being with and travel together in this awesome yet sometimes harsh journey of life.

Life can be much more than just passively watching TV, as if you are a zombie, merely surviving but not truly living.
Life can be filled with tremendously beautiful experiences and invaluable lessons, and a good first step to achieve that is to put an end to watching TV.