Through a lack of education many continue to be deceived into believing the corporate/banker sponsored fake science. The spin is made by paid off crooked scientific establishments, phoney front men and tightly controlled mainstream media outlets for the ulterior motives, control and profit. 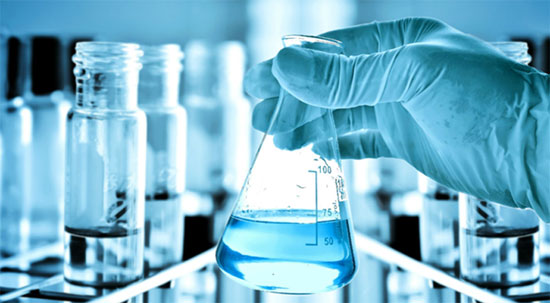 Those people do not understand this may consequentially suffer. A lack of education or understanding the fake science could lead to much harm through making a number of bad choices. Further, it will take double the efforts to re-educate: deconstruct the misinformation, lies and propaganda related to the fake science in order to benefit from learning the real scientific knowledge.

To protect your physical, mental, health and well-being, here are five fake science sources and how they could lead to your harm if not carefully discerned:

To understand how crooked scientific establishments work you have to realize that they are uncompromisingly tied into not just corporate moneyed interests, but also scientific and political agendas. Thus, essentially, through filtering, the science follows a narrow academic approach. To get some idea of the background behind this narrow approach consider, for example, how Big Pharma stops its competitors and monopolizes the health industry.

In order to get results for its sponsors research establishments may prevaricate, mislead, misrepresent, exaggerate, cherry-pick data, falsify, suppress or ignore contradictory information.

These are just some of the tricks used in their crooked bad science. In retrospect, the key to realize is that this allows a number of products to go onto the markets that have not had proper scientific evaluation (helped along by crooked approval bodies such as the FDA). If you come into contact with these products they could lead to your harm. Research the researchers and the products. Learn to discern the bad science and how the resulting products could harm you.

Biotech companies and their GMO’s (genetically modified organisms) is a classic example of how twisted research has gone on to give rise to harmful products.

For years, many researchers have been working on GMO’s with the erroneously oversimplified understanding that the modification of one gene would in effect produce one protein. As time has gone by, it has come to light that instead of just producing one beneficial protein, other unwanted or potentially harmful proteins have also been unexpectedly produced. Such is what happens when ‘tinkering’ with life.

Not really knowing what’s going on those in biotech labs have managed to fool the public through fake science into believing that GMO’s are healthy food sources, environmentally friendly and can feed the world with efficient production. GMO’s with their toxic genes and the nasty chemicals used such as the known carcinogen glyphosate, the active ingredient in the weed killer Monsanto’s Roundup, have contributed to numerous allergies and illnesses.

Don’t fall for the “scientific” journals scripted by corporate paid off fake scientists and huckster shill journalists. It’s startling to know that many peer-reviewed journals such as JAMA (Journal of the American Medical Association) revered by many doctors are filled with fake science. So beware of those doctors acting on false health information when treating you. Many of these journals are losing their credibility, as significant amounts of their research information have been exposed as fake.

Don’t fall for the mainstream media fear mongering trying to manipulate your thought infrastructure. For instance, don’t fall for the recurring movie script making up the anatomy of a false flag disease, covertly manufactured for the usual ulterior motives of power, profit and political gains.

Educate yourself. Make educated choices over the related health matters.

What could be more effective in deceiving the masses than to have a number of pseudo-scientists, propagandist front men to keep the fake science effrontery going? These well-presented eloquent mainstream media front men masquerade as caring individuals. But underneath their glib effrontery, in their scientific illiteracy, they represent a number of hidden, destructive, harmful political agendas.

Besides, for examples, promoting the lies that GMO’s and vaccines as safe and effective, or falsely demonizing cholesterol allowing Big Pharma to push their unnecessary and potentially harmful money-spinning statins, they also support the man-made CO2 climate change myth.

They claim that they’re saving the world by having a hand in reducing environmental CO2. This is a dangerous life-threatening practice. If allowed to go on unheeded, it could devastate plant life which requires adequate CO2 supplies in the atmosphere for photosynthesis and in turn could seriously affect our food chains threatening species extinction in a scarcity of this vital gas.

Currently there is, in fact, a CO2 shortage. Data has shown that CO2 levels have been some 15 times higher in previous years.

Don’t fall for deceptive misleading marketing, making claims based on fake science with its empty rhetoric. Learn to safeguard yourself from buying slickly advertised products that have hidden potentially harmful effects.

Don’t fall, for examples, for unlabelled GMO’s, in-your-face advertising of junk foods, the “fat-free” slogans (didn’t it tell us in our school biology texts books that healthy fat is an essentially dietary requirement?). Then there are the pill pushers, advertising pharmaceuticals that not only have ill side-effects but also canvas the fact that they can cause the very illness they’re supposed to treat.

One of the biggest nightmares for an research and development scientist is the discovery that a product released into the market has unforeseen harmful long-term effects on its consumers. Instead of being pulled off the market, many corporations use their sales, advertising and marketing to cover up the harm.

Wireless and ‘smart meters’ couldn’t be a better example of this. Take a look at the trailer of a recent documentary Generation Zapped warning the public:

It may come as a shock to some that a number of potentially harmful technology products have been allowed be produced for the ulterior motive of causing harm.

That concludes just five fake science sources to beware of.

Much of our science and the scientific approach is grossly rigged, involving a number of individuals lacking in integrity, as they collude with each other for control.

The solution is to be your own decider: for your own physical, mental, health and well-being stop making decisions based solely on the opinions of “expert” authority figures, deceptive marketers and the general consensus of the masses that unquestioningly follow on.

Make decisions based on your own diligent research.