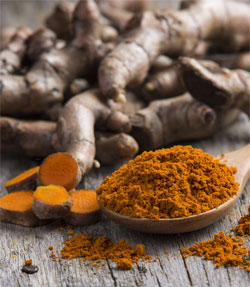 Turmeric, also known as curcumin, is a medicinal plant that has been used to remedy a number of diseases for over 4,000 years. Commonly used as a spice in Southeast Asia, the turmeric root is growing in popularity internationally due to recent discoveries of its healing potential. With over 9,000 papers published on the life-saving benefits of turmeric, health advocates are now recognizing the immense medicinal benefits derived from this plant.

Here are five reasons why you should include turmeric in your diet:

1. Inhibits the Growth of Cancer Cells

A recent study found that pancreatic cancer (PC) cell growth was inhibited with the introduction of curcumin to cancer cells. In the study, there was observed suppressed cell growth, cell cycle arrest and induced cell apoptosis, meaning programmed PC cell death. This means that turmeric taken daily could prove to be an effective measure to prevent cancer or mitigate the growth of cancer.

2. Very Good Source of Vitamin B6

Turmeric is a great source for vitamin B6 (pyridoxine), as well as iron, potassium and manganese. B6 assists in the process of generating usable energy for the body out of food and helps to fight infection. Adding turmeric to your daily diet will ensure that you do not suffer a deficiency of vitamin B6, which can lead to anemia, dermatitis or a number of other maladies.

An April 2015 study showed that turmeric powder exhibited potent anti-diabetic, anti-oxidant and anti-inflammatory properties. All three properties would be helpful in alleviating complications associated with diabetes, such as for anti-hyperglycemic therapy. It was also shown to impede molecular complications of type 2 diabetes mellitus. 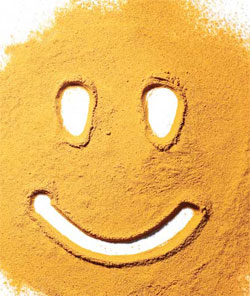 A study published just this month suggests that curcumin may be helpful in treating depression. When given active drug treatments comprising variant doses of curcumin and combined curcumin/saffron, patients with major depressive disorder experienced an effective reduction in depressive and anxiolytic symptoms.

Curcumin has also been found to enhance nerve growth in the sciatic nerves in mice, which may be the reason it is said to enhance nerve growth in the frontal cortex and hippocampal areas of the brain. This could be one of the mechanisms contributing to a reduction of depression among patients. Patients may experience relief from depression with the addition of turmeric in their daily intake.

A study comparing the benefits of exercise to those derived from turmeric found significant improvement to vascular endothelial function, suggesting that daily curcumin ingestion may help to prevent against cardiovascular disease. The curcumin group showed a slightly greater improvement when compared with the exercise group. It would be best to combine daily endurance exercise with turmeric ingestion to obtain the maximum improvement of endothelial function in order to effectively protect against heart disease.

If you are interested in preventing cancer and diabetes, improving cardiovascular function, relieving depression and ensuring that you are not deficient in vitamin B6, then you should certainly consider adding turmeric to your diet starting today.