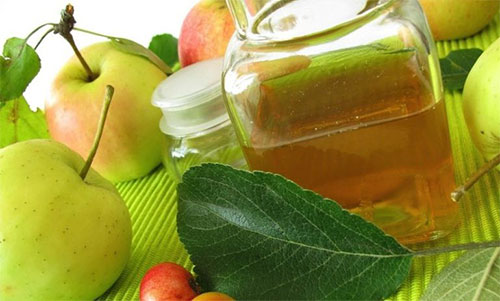 Experts have touted the benefits of apple cider vinegar for years. While many health claims such as improved heart health and metabolism have been circulating the internet, here are five old-fashioned uses of the vinegar.

Toenail fungus treatment – According to the Mayo Clinic, toenail fungus infection sets in when the pH of the surrounding skin and toenails become more basic or alkaline. The fungus, which triggers symptoms such as toenail discoloration and odor, lives in highly alkaline environment. The acetic acid in apple cider vinegar may counter this alkalinity and eradicate the fungus. The acid in apple cider vinegar is strong enough to kill the fungus, but still mild enough to be tolerated by the skin. Using apple cider vinegar as a foot bath may help alleviate the infection. The formula for the foot bath would be one part vinegar and one part water. People who do not have the time to concoct the footbath may directly apply two drops of apple cider vinegar on the affected area.

Natural cold remedy – Apple cider vinegar is a natural immune system booster and may help stave off common colds. Adding one tablespoon of apple cider vinegar to water helps alkalize the body, which in turn fends off bacteria and viruses. Experts recommend drinking the mixture at the first sign of colds.

Who Are The Controllers? (1)